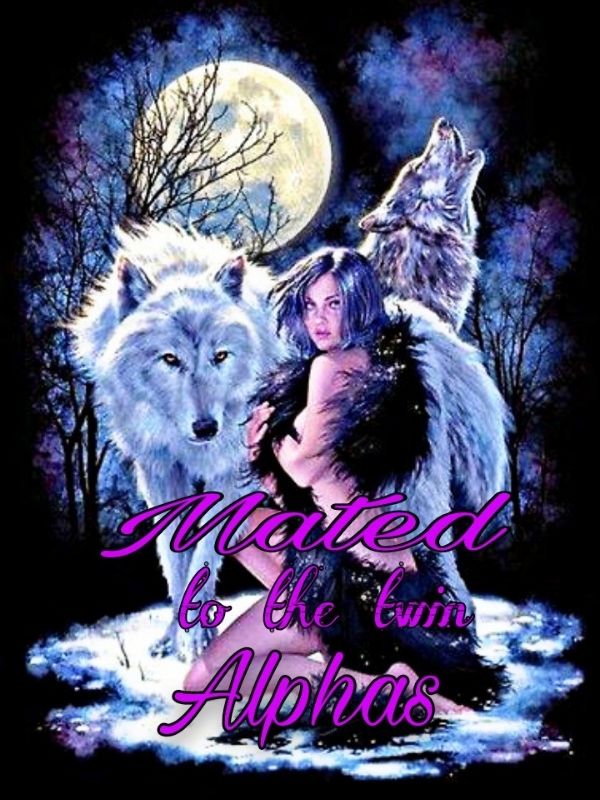 Mira as part of the treaty negotiations with the bright moon pack, I have agreed to a marriage alliance. You, Mira Parker, will marry the Alpha's first son, Nicholas Den on the next full moon. Mira has been waiting to find her mate for years, she is the daughter of the Alpha of their pack, their pack is the weakest and most vulnerable of the other packs in America. She is not the only daughter of her parents, she has two elder sisters, but she is the last child of her parents. Mira's world turned upside down after her 18th birthday when her parents broke the shocking news to her of being arranged to marry the first son of Alpha Den, the Alpha of the strongest pack in America. Her pack needed the protection of a stronger and larger pack, so the political alliance will ensure their safety and survival. What could be worse than her being arranged to marry Nicholas Den, the ruthless, cruel, womanizer, and heartless future Alpha of the bright moon pack? A total stranger that she knew nothing about apart, from what the rumors describe him to be. Will Mira have a happy marriage like other people? or, what if it turns out, that there are a lot of even worse things.

But from my discovery, I heard that our pack was among the strongest pack in America before, my father got married to my mother, but the reasons behind this mystery, I don't know. I have always longed to restore our pack's dignity. I always say that to my parents and my elder sisters who care about nothing in this world apart from fashion, but except for our pack being smaller in size and being declared the weakest, still, we all live in peace and harmony.

I have two sisters, although they are older than me. I am stronger than them, except Khole but they are more beautiful than me. I am just a plain girl with a small breast and butt. I don't like showing off because there Is nothing for me to show off except my fighting skills and my long blue hair that lights my eyes whenever I smile. I am usually quiet and sometimes people don't even remember me being among the Alpha's daughters.

My 18th birthday is fast approaching, the day I will find my mate if I am lucky and also meet my wolf. I have longed to find my mate and for us to have my parents' kind of love.

"Mira gets your butt down here, we are running late," my eldest sister shouted from downstairs.

Her name is Khloe and the other one is Vivian. Khloe is always bossy, maybe because she is the future Alpha of our pack. That's what I used to think but she doesn't care about that position, all she ever wants is to stay alone looking grumpy.

She doesn't like stress but I will know how long she has to run away from her responsibilities. Vivian is the wayward one among the three of us, she hasn't found her mate, and she is happy about that. She doesn't want anything that will tie her down. I am the opposite of them, I am always quiet and wish to find my mate and live in ever-ending love with him.

I was still in my thoughts when my door burst open and my eye was met with an angry black eye. Khloe is already fuming with anger while glaring daggers at me. This girl doesn't have patience, she wants everything to be done quickly as if she is dying anytime soon. I quickly jumped out of the bed before I will be her target this morning cause she is hot-tempered and Is ready to throw me anything that reaches her hand without giving any fuck in this world, I hope her mate will locate her very soon to tame her before she blows our pack away.

The next thing I heard is the sound of broken stuff but thank God I am already inside the bathroom, I did the sign of the cross and strip my pajamas from my body before entering the bathtub, the water was relaxing that I don't even know how many hours I have spent in there before I heard a loud bang at the bathroom door.

"How many hours are you going to stay in there, or are you sleeping there," Vivian said calmly to me, making me clean my body and enter my room with speed being naked not caring about tying or wrapping anything around my body.

Despite my body not looking like a supermodel's or hot, I don't like covering my body after bathing. I don't know why but I love doing it.

"What were you doing in there for hours?" Vivian asked me while strolling through her phone.

" I am just bathing," I answered her when robbing cream in my body.

"Only if you know how angry Khloe is, you will stop being slow because I don't want my head to be pulled out," Vivian told me making me leave the cream and put on my clothes in the process, looking around my room to know what Khloe broke that time that I was in the bathroom.

"What is it that Khloe broke and where are the pieces?" I asked Vivian.

"She broke your plastic golden cup unintentionally but I have trashed the pieces," she answered me apologetically.

That plastic golden cup was the first gift I have gotten from the pack fight after I emerged as a winner. Every year our pack always has a fighting battle with our great fighters to know how we are improving but I fought them all so, they gave me the plastic golden cup as my gift and since then I always pamper that cup. My family knows how much I cherish that cup but finding out Khloe broke it hurts me like crazy therefore spoiling my mood this morning. I looked at Vivian who was looking at me with pity and gave her a small smile before sitting down to tie my shoelace. The thing I love about her is her caring nature despite her wayward life, she is still caring, but she never takes anything seriously.

She only cares for you if she finds you hurting apart from that she doesn't give a fuck. Maybe Khloe left my room after breaking the plastic golden cup because she knows I will be angry, though I can't do much apart from hurting, crying, and crawling inside my shell once I find out. At least she was supposed to apologize to me instead of sending Vivian to console me. I signed and grabbed my pause before exiting the room not minding that Vivian was even there.

We are going to the shopping mall today, to get my outfit and theirs for my birthday. Once I reached the sitting room, I greeted my parents and moved to the entrance door, I opened the door and walked towards the parking spot where I found Khloe looking stern.

I wanted to shrink back with fear but once I remembered that she broke my plastic golden cup, I rolled my eyes at her taking her by surprise. I moved to the car and entered inside. I know she wasn't expecting me to do that but what does she expect after breaking my stuff without apology.