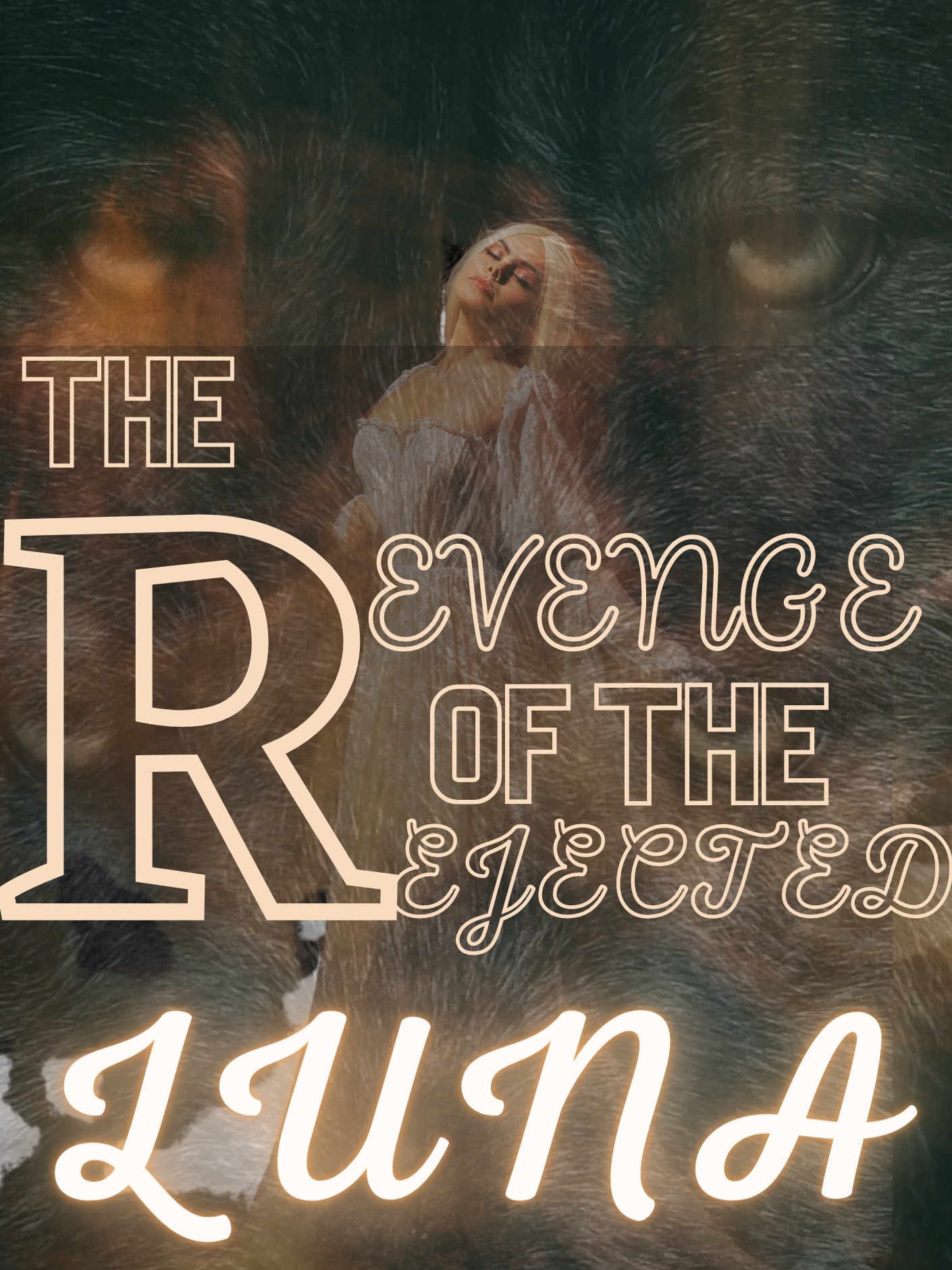 The Revenge of the Rejected Luna

"Accept my rejection or I will going to make your life a living hell!?" The future Alpha King of Bloodlust Pack announced his rejection to his Luna, Gabriella, an Omega. "But, you are my mate, Prince Javier!" Gabriella insisted. "I don't care! I am an Alpha, and rejection will not cause me any pain!" "I will not accept your rejection, Prince Javier!" "If that's the case, prepare yourself, because I will not allow you to be my Luna!" Because of not accepting the rejection, Gabriella experienced living hell in the arms of his Mate, until a tragedy came to Gabriella that she thought Prince Javier planned it. What will happen to Gabriella after she survived the tragedy? What if another Alpha King helped her? And, what will be Gabriella's destiny if a Lycan King announced that she is his Luna?

"Gabriella, please place this meal on the table!" Veronica, the head of the maids, gave her the order.

Gabriella approached her fast and snatched the food Veronica was holding to place it on the long table in the dining area.

"Gabriella, make your move quickly. Prince Javier is on his way!"

Gabriella responded with a nod. She began walking towards the dining table, where she would place the meal.

Prince Javier, the Leader of Bloodlust Pack's son, returned from his three-year training to become the pack's next alpha. Gabriella hadn't met him yet because Prince Javier had already left for her training when she arrived at the Palace as a maid.

Gabriella entered the palace at the age of eighteen. She came from an institution where all orphaned she-wolves were assigned to be maids to the higher ranks, to be a saleslady, sweepers whilst the he-wolves could choose between being a gardener or a driver, and many more.

Everything from the orphanage is Omega, the lowest rank of all werewolves. They feel that the Omega is the most vulnerable of all. Their rank may rise in accordance with their social standing, but Gabriella, who came from an orphanage, must accept what is meant for her.

The arrival of Prince Javier kept all of the servants inside the palace busy. They made certain that his transition from his three-year training would be as easy as possible.

Veronica instructed the lower maids to leave the palace and return to their quarters once the maids had completed preparing. Only Veronica and a few veteran maids in the family of the current Alpha of the Bloodlust Pack remained within the palace.

Their quarters were in the back of the palace, so if they were summoned again, they would have to use a telephone.

"I'd like to see Prince Javier as well, Gab," Eury told, one of the maids, her bestfriend.

"We can't do anything, Eury, even if we wanted to. We are the lowest-ranking maids in the palace, so all we can do is wait for them to finish their meal," Gab glared at her.

Eury pursed her lips and said, "Gab, I heard Prince Javier doesn't yet have Luna. Maybe if he sees me, he'll recognize me as his Luna!" Gab laughed as a result of Eury's joke.

"Don't allow your imagination get the best of you. Don't mention something that is unlikely to happen, Eury," Gab shattered Eury's illusion.

"You know what, Gab? You're so annoying! Just be there for me, please!" Eury chastised Gab.

Gab turned her head and sat down while waiting for the Alpha King family to finish dinner.

"Gab, I noticed a photo of Prince Javier in the room I was cleaning! He was young at the time, and I can tell he was gorgeous despite the fact that he didn't have a mascular figure in the photo! Maybe he's more attractive now, and his body has muscles! " Gab was received information from Eury.

Gab turned to Eury and said, "I just wanted to remind you, Eury, that Prince Javier is the future Alpha of the Bloodlust Pack, and we are only Omega."

"What if we're Omega, Gab? We don't know if the Moon Goddess will bestow Omega on Prince Javier as a Luna," Eury objected.

"It's unusual for such an occasion to arise, Eury. High ranks are reserved only for high ranks. We, Omega, are also in favor of Omega!" Gab expressed her conviction.

"Believe what you want, Gab, but I, I still hope that the Mate that the Moon Goddess will grant me is from the high ranks," Eury surrendered.

Gab didn't say anything else. She and Eury remained silent until their fellow maids summoned them to the dining area.

Gab and Eury proceeded to the dining area to clear the dining table jointly. Eury was upset when they arrived at the dining room and saw that the entire family had left.

When they completed cleaning, Veronica summoned all of the maids and informed them of some important events that will take place within the palace.

The maids' meeting lasted around 30 minutes as well. Except for reminders concerning Prince Javier, nothing has changed in their employment within the palace. The palace's longtime maids already know what they're going to do, but since they haven't caught up with Prince Javier, they need to know what to do now that he's arrived in the Bloodlust Pack.

"Is what Veronica stated earlier accurate, Gab?" As they both proceeded towards their room, Eury inquired Gab incredulously.

"Let's just go with what Veronica said, Eury. We still don't know if everything she stated is true or not, so it's best if we just follow in order to avoid being in danger," Gab said to her inquiry.

"I just can't put my finger on what Veronica said earlier. If we can't say anything about Alpha Bernard's kindness, does that mean Prince Javier lacks manners?" Eury conveyed her feelings.

"Anyway, you have a point there, Gab," Eury replied to Gab, "but I hope it's not like that with Prince Javier's attitude."

"Hopefully, but from what Veronica mentioned earlier, Prince Javier departed right away to see his buddies, and it's only then that you can tell he's different from Alpha Bernard." Gab's final words before they were allowed to enter their room.

They groomed themselves before retiring to their double bed to sleep. Gab's bed was at the bottom, while Eury's was at the top.

"Does your wolf not speak to you, Gab?" Eury inquired.

"You stated, she only talked to you when you were eighteen, Gab, and you're twenty now!"

"I'm not sure. The last thing she mentioned to me was that she needed some time before speaking with me, " Gab said.

"You are the only werewolf I know whose wolf has abandoned you."

"She didn't leave me. I'm sure she'll come and talk to me one of these days," Gab was certain.

"But what if she doesn't?" Eury inquired.

Gab exhaled a sigh. "I don't know, maybe I'll be wolfless for the rest of my life," she replied.

"But..." When Gab spoke, Eury didn't complete what she wanted to say.

"Eury, we need to rest. We need to get some sleep now because we have a lot to do tomorrow," Gab addressed Eury.

Eury did nothing but follow Gab's instructions, so they closed their eyes to rest.

Gab awoke in the middle of the night due to the heat she was experiencing. She got out of bed and went out to their quarters to get some fresh air.

Gab went to the servants' mini-garden in the back of the palace. She sat in the cemented chair, enjoying the fresh breeze.

The sky was clear, there were many stars visible in the sky, and the night was peaceful. Gab sat up with a sigh of relief. She has no idea how long she sat before deciding to return to their room.

Gab was going to return to her room when her arm was grabbed. She came to a halt and cautiously turned to see who was holding her, and she spotted a man.

"Who are tou? What do you want from me?" Gab inquired of the man, stuttering, his entire body becoming cold, while she was coldly sweating.

"Mate? I am your mate?" Gab, still in disbelief, asked the man.

Gab received no response from the man. He gripped her arm forcefully and yanked it away immediately.

"Let me go!" Gab yelled at the man, but he didn't appear to hear.

Gab was scooped up by the man, and he hopped the gate and run into the woods. 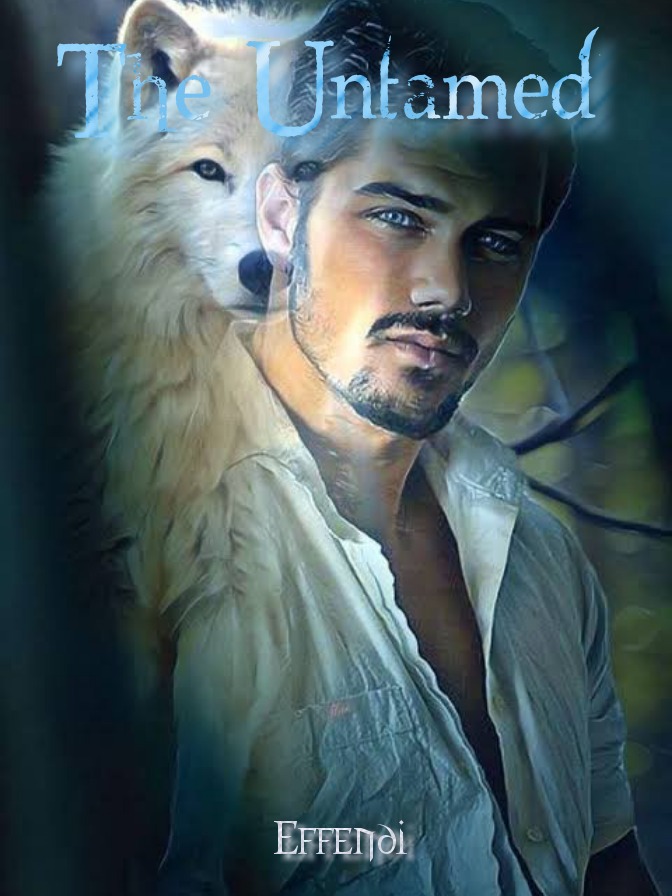