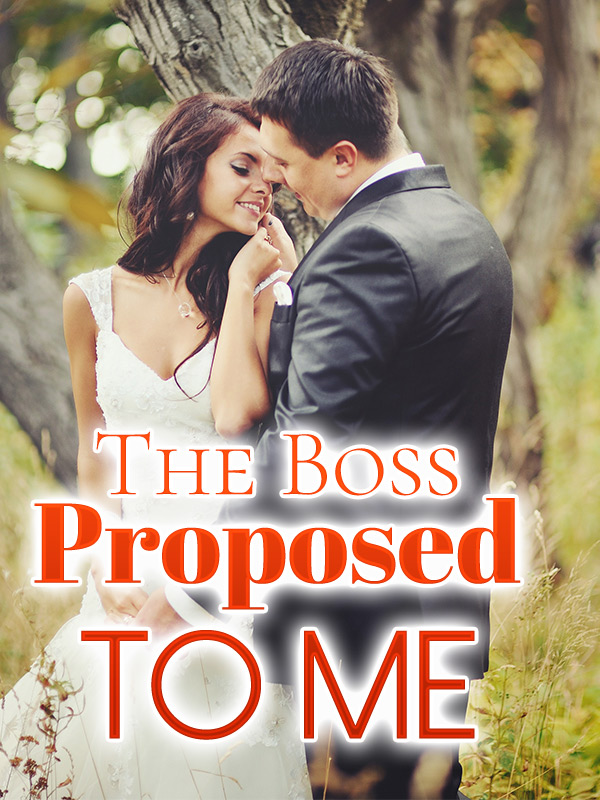 The Boss Proposed To Me

In order to save her mother's life, Leanna sold her virginity to a CEO. But it was actually a fake deal which made her lose everything. Four years later, she returned to the city with her son, opened a florist and met that man again. As they met, her son asked the man, "Sir, do you want any flowers?" Trystan said, "Yes, I'll buy for your mom." The next time they met, her son said, "Sir, you bullied my mother, so you must treat her on dinner." "Okay." To Trystan, all women were troublesome, except for Leanna. He loved her and would gave her the best.

The luxurious door was pushed open. It was horribly dark inside.

A slender figure sat on the soft white bed. Leanna Hyde's heart beat faster. Her body could not help but tremble slightly, which was enough to tell how nervous she was.

Tonight was the night she would lose her virginity.

She had sold it away.

She sold it at a price of one million dollars.

She comforted herself in her heart but smiled bitterly. She could not believe that she had fallen into such a situation.

She would give her virginity on behalf of another woman.

She could not even know who the man was and how he looked like. Everything would be done in the dark.

It was such a sad situation, but she had no choice. Her mother's illness required money urgently.

The door was pushed open.

Trystan Carroll walked in slowly. He was dressed in a black suit and integrated with the darkness.

After entering, he adjusted to the light and vaguely saw a figure curled up on the bed.

The girl seemed to be staring at him.

Very good. It seems that the woman was quite sensible. It will save him a lot of trouble.

Anyway, his parents had forced him to come here. So, he should finish the matter as soon as possible and complete the relationship as they wished.

It was just a marriage of interests. The only benefit for him was that his parents would no longer restrict him in the future.

A chill went through the man's heart. He slowly stepped forward and walked towards her.

Soon, Leanna could feel a figure beside her.

She looked up nervously. She could vaguely see a figure standing by the bed. The man quickly took off his clothes.

Trystan also felt her gaze. He narrowed his eyes as he looked at her.

He had a cold aura surrounding him. Even in the night, the man's tall and strong body gave off a strong sense of domination.

Leanna tugged at the hem of his shirt uneasily as she tried to comfort herself. "The man doesn't seem that bad. I guess it's not that much of a loss, right?"

A strong masculine scent had covered her while she was lost in her thoughts.

Before Leanna could prepare herself, the thin clothes on her body flew to the ground.

She immediately cried out in surprise. She subconsciously tried to cover her chest from the cold.

But the man pushed her down and pressed over.

Before Leanna could react, she felt an excruciating pain piercing through her entire body.

She suddenly gasped as tears flowed from the corners of her eyes.

She bit her lower lip and did not dare to make a sound. She could only let the pain consume her every nerve.

"Leanna, hold on. Just hold on a little longer."

She reminded herself of what the agent had told her.

"Listen, I'm warning you. If things go wrong, You'll have to pay me ten times!"

She couldn't afford it. She could only bear it.

She scrunched the bedsheet under her tightly. Tears kept coming out of her eyes like pearls.

A warm liquid dripped on the back of Trystan's hand, making his heart ripple.

Ha. Was this woman crying?

Did he fail to satisfy her?

She didn't know how much time had passed. But when she heard his low moan, she knew that it was over

The man got up without any pity and strode towards the bathroom.

Hearing the sound of running water coming from inside, the bitterness in Leanna's heart deepened again.

Leanna wiped her eyes, quickly put on her pajamas, and crept towards the door.

According to their agreement, the "real woman" outside would go in.

She walked out of the presidential suite smoothly and rushed straight towards the stairs in a hurried manner.

A moment after Leanna disappeared, a figure in the same pajamas went into the room she had just walked out of. They tore off their clothes and lay in the position where Leanna had just been.

Leanna put on her cheap clothes again. After the people rushed her out, she walked out of this five-star hotel that she could never afford

At the entrance of the hotel, a black commercial car was waiting for her.

A tearing pain came from the lower part of her body, which made Leanna's walking posture very unnatural.

She bit her lip, tried her best to speed up, and walked towards the car.

Soon, she would get a million dollars. Her mother has a chance!

Thinking of this, she felt a little relieved.

Leanna approached the commercial car. The car door suddenly opened and she was dragged into the car.

Four men in black and sunglasses were sitting inside. They were with the middle man, Aunt Michaela.

Leanna felt weak as she said cautiously, "Aunt Michaela, I've done everything. Please give me some money as soon as possible."

She took out a bank card from her pocket and cautiously handed it out to the woman.

Leanna took a bottle of water and thanked her in a low voice.

The cold feeling slipped through her throat and eased a little of her nervousness.

The moment she drank the water, Aunt Michaela smiled even more brightly.

She calmly gave the driver a look. "Drive."

The car moved slowly. It was half-past one in the morning. Thus, no one could be seen on the empty streets. Everything seemed cold and lonely.

"Aunt Michaela, I've done my job. You should give me the money first. I really need that one million..."

"Aunt Michaela, where are we going?"

Leanna asked two questions in a row, but Aunt Michaela turned a deaf ear and urged the driver to drive faster.

The car sped up and sped toward the suburbs.

"Girl, I feel like your virginity doesn't seem to be worth such a price!" Aunt Michaela's eyes showed a teasing look.

In an instant, Leanna's eyes and her mouth were slightly open. Her face was stunned.

"No, Aunt Michaela, you can't do this. That was the price you proposed from the very beginning. We signed the agreement!" Leanna couldn't believe what was happening in front of her. She was so angry that her lips could not help but twitch.

"The agreement... Ha, you actually believe in such a thing."

Aunt Michaela took out a piece of paper and tore it into pieces in front of her. She smiled coldly. "How about this? I'll give you 30,000 dollars, which is actually a lot. Are you satisfied?"