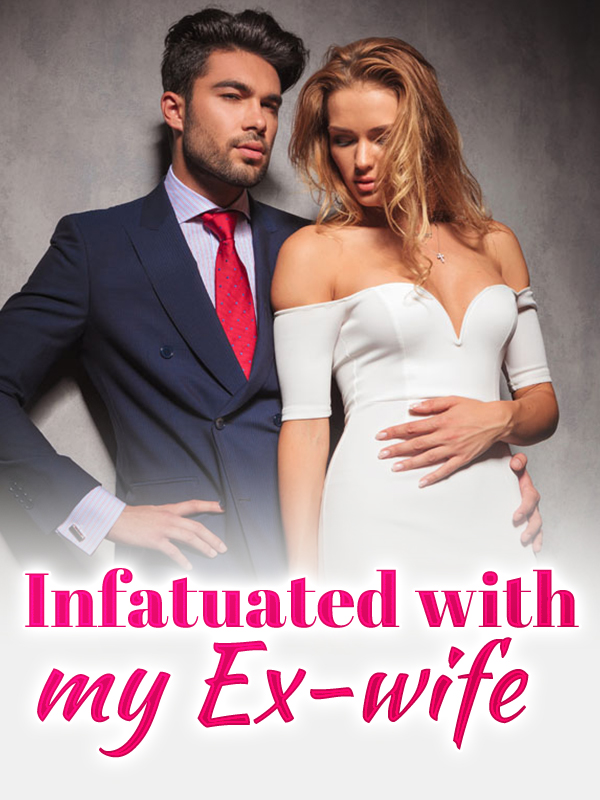 Infatuated with my Ex-wife

Divorce settlement, sign it! After five years of marriage, her husband ruthlessly threw her a divorce settlement, just because his lover, Celine, was pregnant with his child. Irene was tolerant in every way, but in the end, her husband drove her out of the house and she lost her baby either. So Irene began to regret it. He didn't love her at all during the five-year marriage. "Well, Edward, I agree to divorce, and I will not contact you anymore."She left with the divorce settlement signed and ended this heartless marriage drama. However, this time, he refused to let go and chased Irene instead. "Mrs. Wilson, this time, it's my turn to chase you!"

Irene knew Edward had nothing good calling her over .

But she still went without hesitation. She was shameless enough because she loved that man so much.

At night, the exquisite and luxurious villa was brightly lit. The light illuminated on Irene's engagement diamond ring, shining beautifully.

But no matter how dazzling the diamond on her finger, it could not match half of what was before her eyes.

"Sign the divorce contract." Edward uttered these words without any emotion. He turned his head and leisurely lit a cigarette. He looked calm, as if the item in front of him was just a cheap contract that was not worth mentioning at all.

Irene clasped her hands tightly under the table. Her heart trembled with pain, but she still wore a decent and generous smile. "Edward, what do you mean by that?"

Edward shook his cigarette with a calm expression and said, "My grandmother has ordered us to marry. My grandmother will pass away soon, and it is time to end our marriage."

But grandma hasn't passed away yet!" His words made Irene lose her temper. "Granny is still here. Do not you think you are going too far when you say that?"

Irene  stood stilled and couldn't help but lose her momentum looking in his sharp eyes.

"It's all too much." She looked away to avoid eye contact with him. She wanted to have enough courage to face him, and looking at him would not help her at all. "Besides, I will not agree. Nor will Granny agree."

"It's not up to you." Edward put out the cigarette with one hand, and his eyes slightly looked at her. His eyes were cold and ruthless. "Celine, she is pregnant now. I want to give her a legitimate identity. Irene, be smart. Don't make things too complicated."

This news was like a huge rock, thrown heavily into Irene's heart, stirring up huge waves.

Her fingers trembled and she quickly clenched her fists tightly. Her nails dug into the flesh of her palm, and she felt the unbearable pain.

"She's pregnant..." she said softly. After the initial heartache, anger and unwillingness swelled in her heart.

She raised her head and her eyes were filled with anger. "She is pregnant. What has that to do with me? She is a mistress who ruined my marriage. She deserves to be deserted!"

All of a sudden, Edward's face became cold, and he was enraged. "Irene, it was you who forced me to marry you! if your talking about the mistress, it should be you rather than her!"

Yes, it was true. Five years ago, she joined hands with her grandmother and forced Edward to marry with her.

At first she thought that this man would learn to love her. But now she realized that things were not going to work out the way she expected. forcing him made her distance even greater.

During the last five years of their marriage, Edward never looked at her directly, and even cheated on her openly. Celine's vicious tricks caused her to suffer much injustice and contempt from others.

Now Grandma was dying, and Celine was pregnant. He said that he would kick her out when they got a divorce.

Who gave him the right?

To fulfill their happiness, she suffered five years. Who should she blame?

She smiled sadly then slowly stood up.

"I am your wife now. I will never agree to divorce."

Now, she was going to take drastic measures to deal with the problem.

"Irene!" He lowered his voice and spit her name angrily, as if he wanted to tear her apart.

Irene clenched her fists and then turned around to leave without looking back.

"Stop!" How could he let her go so easily? He reached out and grabbed her wrist so hard it nearly crushed her bones. "You have to sign the divorce agreement or we will see each other in court again! Five years after we were married, I have not touched you once!"

Irene looked up at him, and there was only despair in her vacant eyes. "Well, go to court and let everyone in town A know how you have been cheating for the last five years!"

He immediately went into a rage and glared daggers at Irene. "You.."

"Edward." A sudden gentle female voice rang out, interrupting the tense atmosphere between Irene and him.

Celine, wearing a luxurious dress, strode down the stairs. With a gentle smile , she took his hand and said with a sweet smile, "Do not be angry. Divorce takes time. What's the point of falling out with him?"

Edward's tensed face softened a little. He would only be like this in front of this woman.

Irene scoffed in her heart. Without looking at the hypocritical woman, she laboriously disengaged herself from Edward's hands, grabbed her purse, and headed for the exit.

"Irene." Celine stopped her again and said politely and gently, "Now that Edward wants to take me to the banquet, we will not see you off. Be careful on your way out."

This woman was always generous in front of Edward, but she was vicious when he was not around.

Irene turned and said with a deep smile, "Celine, you are still so beautiful. I hope you will always be so beautiful in front of my husband! Do not be frivolous and let him see your true color!"

Celine's eyes widened and looked at Irene puzzled. Then she turned to Edward with a muddled expression, looking for help.

Edward put his arm around her shoulder and gently said, "Don't mind her."

Irene glanced at the two persons before her coldly. She gripped her purse tighter and forced herself to look away. She straightened her back and strode away.

She took a deep breath and dared not relax until she got into the car.

Leaning on the back sit of the chair, she was exhausted.

These two words were like fishbones that choked Irene's throat, making her feel suffocated and uncomfortable.

She twitched the corners of her mouth bitterly and swallowed the bitter fruit of marriage and love.

Suddenly she heard a car humming, and then light from it dazzled her. It was Edward who drove the car out.

Celine wore the luxurious hem of her skirt and went to the front of the carriage. Instead of opening the door herself, she waited a while until Edward got off speccially from the car and held her get in.

Before the car door was closed, Celine stretched her delicate white arms around his neck and gave him a sweet kiss. They were so close and sweet.

Her hand that held the inverted disk turned bluish white, and her face looked even paler and more wretched.

With a smile, Edward gently closed the door.

He turned around and looked at Irene with disgust in his eyes.

It was like his eyes were saying, "Why didn't you get out of here? What are you doing here?"

Irene stiffly turned her head, and her face was cold. She slowly raised her hand and touched it. It was wet.

It turned out that she had shed tears silently.