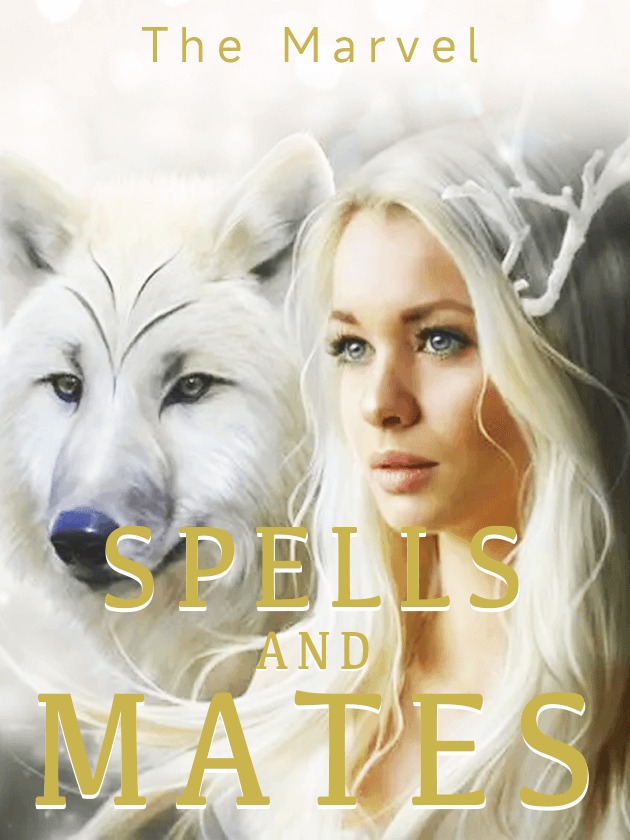 When the Golden boy rejects Hermione for the Queen Bee; her cousin, the whole realm becomes set to experience a new emergence... "You!" I yell, pushing his shoulder. A small smile played on his lips, as he drinks at the sight of my drenched hair and dress. "Eyes here! You don't..." His lips suddenly clasp over mine, and his right hand comes to hold my hair gently. My eyes were out in shock. I try to push him... his tongue teasing and seeking... My whole being betrays as my eyes close in surrender… I kiss him back passionately, caressing his soft hair... A bright light shines above us when I suddenly unlatch my shaky lips to catch my breath. The full moon. "Magnificent, huh?" He asks, taking a look at the sky. I shakily nod. I was very much speechless. My eyes saunter back to his swollen lips... "My Prince!" Some royal guards call, running to the pool.

We dance to the songs of the birds, staring deeply at each other. Slowly I lean in, caressing his cheeks as his breath fans my lips...

"Her-mio-neee! Don't make me come get you! get your lazy ass off that bed and come do the chores!" My grandmother hollers, disrupting me from the fantasy.

"Argggh! Why every time!?" I murmur unhappily, palming my face as I make my way off the bed.

"Good morning, ma'am." I greet them on reaching the dining room. Ketura, on the other hand, is fully dressed for school and is having tea and pancakes laced with maple syrup for breakfast. She looks up only to smirk at me.

“Hermione do tell, why are you are waking up just now? Would you rather I do the chores for you or Ketura does it?!" My grandmother asks sternly, plopping her hands beneath her chin.

I gulp, looking from Grandmother to Ketura. "No, I'll rather do it. I am sorry ma'am." I say shakily, for fear of what's to come.

My grandmother by name; Tabitha Crofus, is one of the most revered witches in the Showek High School of Spiritual Creatures [SHSOSC]. By Prowess and experience, all defense I make to counter any attack from her is fruitless.

The worse thing is, she takes Ketura in special classes; making her more knowledgeable beyond my sphere and rank. "Tabi, let's just let this slide..." Ketura tells grandmother "After all, today is the full moon ritual day, lest we defile ourselves with any impure or filthy thing..." Ketura scorns me.

"Hmmm, quite true." grandmother nods in consent, lovingly patting Ketura's shoulder. Sometimes I wish for the bond Ketura and Grandmother share, my life would have been so much better.

I remember being two years of age when my father brought me to my grandmother. Ketura at that time; a three-year-old child and a child of my grandmother's late daughter was living with her.

The only crime I committed was being birthed by my father -a witch born, and my mother- a werewolf born. They had a one-night fling which resulted in me and mysteriously found their fated mates two years after. The Werewolf tribe rejected me by saying; that I was something that shouldn't exist. A taboo.

The warlocks and witches of the black cat coven, at first sight, denounce me but slowly allow me into their fold; but with the promise of staying away from the werewolf tribe, as a witch can't be a werewolf at the same time. It would rip me apart, making me vanish entirely from the universe. Hence, I must permanently have on the Kwazuac neckpiece to stay alive.

"Oh, thank heavens, today is a good day..." grandmother turns to me coldly "but the next time, you let me holler your name umpteenth, I'll make sure to detach your spinal cord, put it back, and do it again and again." She threatens.

I nod hastily. Grandmother doesn't give sly threats; she goes for it.

"Tabi, we are so going to be late for school." Ketura whines.

"Sorry love, I'm almost done already...just have a little more patience," Grandmother says throwing a piece of pancake in her mouth. She points to me "Come clear the table... Ketura and I need to get going," She slowly stands, reaching for her big bag on the third chair "Make sure to finish the chores, and come to school on time."

Ketura stands with the skimpy skirt that makes Principal Eldor rolls his eyes at intervals, she catwalks to the door with grandmother following behind her. One look at them and a person would conclude that they are mother and daughter. My heart constricts painfully at the thought.

I felt a movement on my leg, only to see Ezra, snuggling close. "Hey Ezra," I bend to pick her up. She meos at me, making me giggle. "How is my little cutie doing?" I ask, gently caressing her. She purrs in pleasure.

Ezra is one beautiful black cat, with blue eyes. I found her seven weeks ago, laying in a brown carton, close to the forest. Grandmother had sent me to cut some plants to make herbs for Ketura who had fallen ill.

Sometimes I feel grandmother intentionally shuts me out from all teachings, spells, and recipes, otherwise, she would never have made me know the herbs particular for food poisoning.

I'd carried the unkempt-looking cat home, named her Ezra, and since had nurtured her in secret -away from grandmother and kentura's notice. For grandmother dislikes having pets in the house, and I grew up with that.

Over time, grandmother would walk in from school and perceive the scent of a cat -Ezra. "Hermione!!!" She'll holler immediately

"What is this, that I smell all the time?" She'd ask

"What ma'am?" I'd feign ignorance, looking all innocent

"A cat. I smell a cat, Hermione. Have you been lying to me?" She'd ask, staring at me intently.

"No, ma'am." I would say, shaking my head profusely.

"Okay then, let's go to your room." She would instruct, with me leading the way.

My heart beating frantically, I would unlock the door muttering some prayers to the moon goddess. Grandmother would stare at my room and slowly recite these strange words "Kola tizo menkez chua riz tabala timi na kech."

Poof! The whole place becomes filled with smoke, and Ezra wouldn't be in view.

"I don't know how you do it, but one day I am going to find out..." Grandmother will tell me suspiciously, doing a double take before leaving the room.

I would panic after shutting the door "Ezra..." I would whisper, for fear that she had disappeared. From the shadows, Ezra would come happily, meowing at me.

This baffles me every single time.

"Cutie Cutie Ezra, let's go do the dishes!" I tease, taking her to the kitchen as grandmother and Ketura are long gone from home.

"Thank goodness now I can practice some spells to help me with the chores," I say, laying Ezra on the wooden counter.

I clasp my palm together "Feki sa mon tua elon kizo!" I chant, and a wand appears in my palm.

"Okay..." I sigh deeply, seeking encouragement from the little creature who's concentratedly licking her paw without a care in the world.

"Argh!" I scream exasperatedly "When will I ever get this right?"

Ezra looks up from her paw to me, before going back to it. I ruffle my hair unhappily, as I make to clean the dishes.

"For a moment, I thought you won't be coming to school again," Glinda says pulling me to the school cafeteria.

It was lunch hour, as werewolves, witches, wizards, elves, goblins, and fairies, sit with their kind. The Lycans -the royal children of King Endymion; Ares and Athena, sit together away from us. The Lycans are believed to be the direct descendants of the moon goddess and are particularly an upgraded version of a werewolf. They are blessed with enormous power and beauty and hence rule the spiritual world.

"I woke up pretty late today," I tell Glinda as our legs find their way to the warlocks and witches' unit. I absentmindedly touch the Kwuazac neckpiece with my left hand.

"...still having the same dreams about the mysterious guy?" Glinda asks, raising an eyebrow.

"Yeah... I don't know why, but the dreams are becoming more frequent." I answer shakily, placing my food tray on a table as we bend to sit. Only Glinda and an ever-listening Ezra know about this dream of mine; which started six moons ago.

"Don't worry Hermione, we will get to the bottom of this." Glinda consoles, patting my palm.

Suddenly she climbs the chair, drawing the attention of other students "Happy Birthday Hermione!!!" She says loudly "Bli li vao liaz ko fed tor!" A cake appears in her hands.