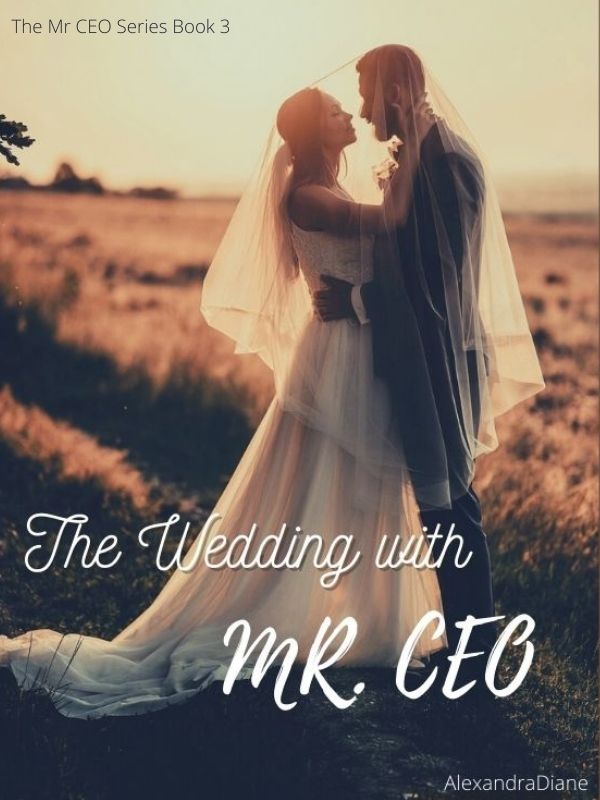 The Wedding with Mr. CEO

"Alex was betrayed by his childhood sweetheart and cousin, which caused him to go abroad to heal his heart. Resulting from the pressure of his family, he needed to make a deal with a stranger.He made a deal with a woman he met with the condition of becoming husband and wife within papers. Meanwhile, Diane needed money desperately leading her to accept the deal without thinking further. Well, who wouldn't? She'll just marry a striking man in exchange for getting loads of money, more than when she was just a mere cashier. Just a couple of hours after they first met, Diane and Alex were husband and wife. Striving to fulfill her responsibilities, until when can Diane keep up with the man? Will their contracted marriage turn into a real marriage? And, if it does, what happens if a big blast blows everything apart?

“God, I can’t be late. Not now, please,” Diane whispered to herself and she walked as fast as she could outside her apartment.

She needs to hurry because it’s her first day at the part-time job that Jenny offered her.

She needs to be quick to leave a good impression on her employer.

In reality, she shouldn’t need this but what comes to her mind is her need to quickly save up money to go home.

That’s why even if she looks desperate to get this job or even in impressing her bosses, she’ll do anything if that’s the only way she can keep this part-time job she has right now.

Well, she has a permanent job. She’s a cashier at a cafe but again, her salary isn’t enough for her to go back home. That's why she takes this job.

So, she’s willing to take as many part-time jobs as she can, and today, she’s planning to apply as a house cleaner.

She is going to clean an apartment.

Whoever lives here, she doesn’t care at all. All that’s running in her head is the necessity of her possible salary. Be it a person who has a messed up life with his family or someone who’s tardy with everything, she should mind her business and not have her concern over it.

She can’t afford to be choosy and decline any offer at the point of her life right now.

“Thanks, Jenny,” she silently whispered. Her friend didn’t hesitate to refer her to a job when she asked her. She’ll think about how she can repay her once she’s done with the job.

She doubled the phase of her walk even though she almost tripped on her own foot.

So as soon as she reached the building, she quickly got her ID inside her bag.

“Hi, here’s my ID,” she said to the concierge then gave it to the person on duty. She took the logbook and signed up.

She walked in the elevator’s direction. It is still on the 27th floor. As she waited for it to go down, she grabbed her cellphone inside her pocket and checked her inbox.

She scrolled down and looked for Jenny’s message.

This is the number of the apartment she’s going to clean.

Finally, the elevator door opened. She quickly went inside and pressed the 29th floor.

The elevator walls are made of glass allowing her eyes to see each building floor on her way up.

From the inside, she can see that the building is well appointed; a high-rise building for that matter. It’s spacious compared to their apartment building.

She can see furniture even in the hallway and there’s much more to see in the building’s lobby.

“Wow, people living here must be rich!” she exclaimed in her head.

The elevator opened again when it reached the 29th floor.

She walked out of the elevator and started to search for room number 2909.

When she turned left and followed the arrow drawn in the corner, she saw marked numbers from 1-10, and while on the right, numbers from 11-20.

She walked quietly until she found the designated door number for her.

She took a deep breath.

“Diane, remember, you can’t make any mistake or else, they wouldn’t call you again.”

She calmed herself down. “Here it is…” she uttered a prayer before knocking at the door.

“I hope the owner will be satisfied with my performance in cleaning their apartment and I promise that even if they often call me, that’ll be okay with me.”

Thank God, no one saw her while she was talking to herself or else, they’ll mistake her as someone crazy.

She knocked a few times and waited for a response. When she didn’t hear any people coming up to the door, she was about to knock again when the door suddenly opened. It was a man who opened the door.

Diane was surprised but she composed herself quickly.

“Hi, I am Diane, your part-time house cleaner.”

The man didn’t say any word, he just moved his head as if saying, “Come in.”

“Cool, although, is he mute?” she asked herself. Is there really a person who won’t greet you back? God, it seems this man is mad at the world. Well, she doesn’t care. She is just here to clean the apartment.

She went inside before the man went back inside. She had a feeling that if she stayed on the door, the stranger would just shut her outside.

She can’t be star struck at this time of the day. She needs to focus.

At last, she’s inside. Her eyes roamed around.

There were empty bottles of wine, a wine glass, and an ashtray full of cigarette butts on the top of a center table. Her eyes caught 2 boxes of cigarettes as well, one was empty and the other had just been opened and besides these was a lighter.

Well, the living room looks clean though except for those on the center table.

What will she clean in this apartment?

There are no clothes scattered anywhere.

There’s no stinky smell except of course for the wine and cigarette smoke.

“Hi sir, I’m Diane, your part-timer,” Diane decided to introduce herself again and this time she plastered a smile on her face. Still, she didn’t get any response.

She continued to look around.

The living room wall is painted with a cream color and gold curtains in a large window. There’s a set of black leather couches with a small brown table on both ends with a lampshade on top of each table.

The room was also decorated with artificial plants, had a brown carpet and at the center is a wooden round table.

Her attention was also caught by an 86 inch TV connected to a home theater, perfect for relaxing while watching movies.

On the left is the door going to the kitchen and then next to it is a small guest bathroom.

The right side is where the laundry room is located.

“All the cleaning materials are in the laundry room.” A husky voice almost startled her as her mind roamed around the apartment.

She gently closed the door behind her back and looked at the man who just turned his back at her.

He just opened the door and left.

She followed him with her eyes.

The man is just wearing a plain white shirt that made his muscles visible to her eyes. He paired this with pajama pants.

He went inside the kitchen and walked straight to the fridge to get a bottle of water.

Well, he’s a tall man; a round clean face.

She can say he shaves perfectly. His nose and lips look-like they were drawn by an artist; a pointed nose and lush lips for a man.

Not just that, her eyes wandered, and saw a dimple on his chin. She can then see his Adam's apple that made him more remarkable.

She observed him as his Adam’s apple moved due to him drinking water.

Wow, hot! He looked sexy like those men in TV commercials.

She didn’t notice that she already bit her lower lips while still staring at the beautiful creature in front of her.

“Is there anything you want to ask?” The cold voice from the man brought her back to her senses. To her surprise, a pair of blue eyes is also staring at her.

“I am so sorry, Sir.” She stammered and quickly went to the laundry to check the cleaning supplies and get her work started.

Diane could feel her face warming from embarrassment.

He caught her staring at him. It’s really embarrassing.

“God, am I stupid?” she said to herself. “I need to relax and focus.” She tries to comfort herself.

“Oh, gosh! What’s happening to me? This is just so embarrassing.”

She acted as if it’s her first time seeing a man. That makes no sense.

She needs to focus on her work before she gets crazy about her wild imagination.

She first picked up all the wine bottles and cigarette butts in the living room. When she’s done with the living room, the man called her and now; she’s in front of him.

“Miss Diane, can you please tell me about yourself?”

One eyebrow rose. She’s a bit surprised by what he just asked. Isn’t that a personal question?

Is there anything wrong?

As far she knows, she didn’t break any wine. And, she’s at the right age to work.

She almost asked back but she remembered she needs a job.

Her mind and heart are torn apart whether to answer her question or not. What if he’s a part of a syndicate? What if he is into human trafficking?

She cleared her throat and still answered the man despite the doubt she felt inside her head.

“I am Diane Lopez. I am 22 years old and a cashier at Bricks Tone Cafe.”

“How much is your income?”

“Do you have a boyfriend?”

“None...” Her eyes widened when she realized where the conversation was going but because the question was asked very quickly, she didn’t notice that she answered him.

What are those questions?

She is just here for a part-time job but this man is invading her privacy with his questions.

She can’t complain. Remember, Diane, you need to please him so you can come back and this will be a big help for you to save up and go back home. She said to herself trying to console with how things are turning out.

Well, she’s an NBSB which means No boyfriend since birth. She’s never been touched and never been a kissed. She giggled with the thought but it was just inside her mind.

Well, she has many suitors but Adrian is the only one inside her heart.

Oh, how is he doing now?

She’s sure that her mom is so worried about her especially if they find out that she ran away.

Oh, well, it's her dad’s fault. She wouldn’t leave the house if it weren’t because of him.