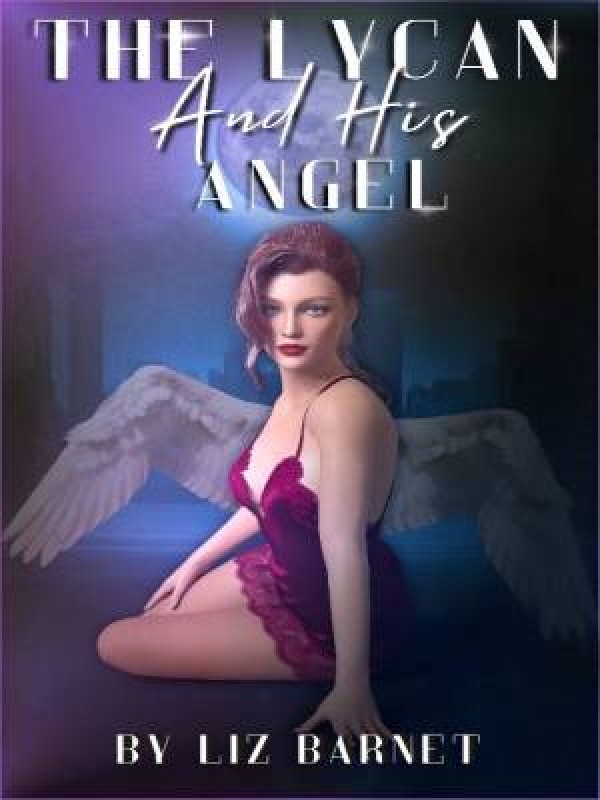 The Lycan And His Angel

Captived and kept away from civilization for her whole life, Isabelle knows nothing about the world. On her escape from her malicious captors, she finds herself getting exposed to a new yet dangerous world, and worst of all she doesn't know her destination. Rescued by the handsome Lycan prince and being under his care, for once in her life she leans onto someone. But she doesn't know he is the mate, and neither does she understand the mate bond.A beauty, timid and fearful of even the smallest things, fragile like a petal Kaden finds himself letting go of his hard exterior for the girl who seems to land within his arms from heaven itself. But Isabelle's captors aren't going to stop chasing her, what will happen when the devils will begin chasing them? Will Kaden be able to save his Angel?

"Kaden, What's the Kiss they say the couples do ?" I questioned, his eyes turned a shade darker and his grip on my waist tightened.

"Why this question?" His voice came out hoarse.

"I read it in the book Cassandra gave me," I admitted, moving a little bit to the side on his lap to properly face him but then I heard his low groan that stilled my movements, "Sorry, did I hurt you?" I quickly spluttered, the concern laced my voice.

"No, you didn't," He let out a low sigh pulling me closer till my back rested against his chest, my body relaxed feeling his warmth engulfing me.

"You haven't answered my question yet,"

He remained silent for a couple of minutes before he leaned closer to my ear letting his warm breath rake my skin with goosebumps. I closed my eyes when his lips lightly brushed against my ear.

"Do you want me to show you?" He whispered, and a shiver ran down my spine.

"Yes," I breathed out and his lips curved into a smirk.

From escaping the palace to entering this forest which regretted from the time I'd stepped into it. A soul-shaking stillness was there in the forest, the trees were so dense to even let the light peek through.

They were chasing me, the feeling constantly scared me to my core. The abrupt rise in my heartbeat was starting to get so intense that the sound of it buzzed in my own ear. I saw the sun setting in the west, I'd seen it happen two times since I'd escaped and began my run.

All I wanted was freedom.

My arms and back were going numb, the darkness of the forest was engulfing my surrounding. My breathing came out as pants. The howls of unknown predators began echoing the place, one by one. On the occasion, loud noises started getting more frequent.

The pure terror sowed within my core. The sound of thunders in the background added more to my overwhelming fear.

The silence in the forest fell upon the end of the long howls as if it was the silence before the storm. My skin prickled in goosebumps, the feel of the unknown danger of anything belonging to the forest. My eyes became heavy due to the lack of energy.

They could be still following me, or maybe waiting for me to stop so that they can catch me again. My legs wanted to stop but the constant fear wouldn't let me and then I heard it.

The heavy paws of something running behind me shook me to my heart, the sounds instantly multiplied. Whatever it was, it seemed more than just one, My eyes teared up and a sob ripped through, I had no escape. I glanced back only to find a group of unknown black-furred animals following me, blood dripped down their canines, and their green eyes glowed in the dark. Their huge group followed me even though the bushes were thick.

The harsh surface against my bare feet felt like needles and the coldness of the air burned against my skin, the forest itself felt suffocating.

The tears freely ran down my cheeks as I put the last drops of my strength to escape the death those unknown predators would certainly bestow upon me. I closed my eyes as I felt my legs going all numb and sight getting blurry as the scream left my mouth. Clearly, death was near to me.

I forced my body for a few more steps and just before I was about to give up accepting my unconquerable defeat, I felt my body colliding with something hard. A scream escaped past my lips in fear as my body stumbled backward and I felt myself falling to the ground, the growl ringed in my ear but it wasn't the same as I'd heard from the animals following me.

I shielded myself out of instinct but then the feeling of strong arms being wrapped around my waist caused me to open my eyes, I was met with jet black orbs. A shiver ran down my body looking at the sight both in fear and amazement. His hair lowly hung over his forehead, his eyes stared into mine whilst his lips parted in surprise as he watched me. I'd never seen someone so perfectly sculpted before him even though the only few people I'd seen in my life were the ones I've been escaping from, the powerful aura radiated from him despite his gentle hold on me.

For some reason, I thought he wouldn't hurt me. Something about the look in his eyes made me think so.

Before I could finish my plea he slowly pulled my body toward his chest and his hand moved to cup behind my head before he pulled me all the way closer, "Shh, you're safe," he cooed noticing my heavy breathing and frightened countenance.

Whimpering I found myself hiding my face into his neck just by his one assurance--The Sentence from his mouth worked like magic melting the ice coating my insides, and crept the way for the warmth to seep in. I was too tired to even stand still, his arms were the only thing keeping me up.

"Mine!" His growl made me flinch, My hands fisted the sides of his shirt in reflex. Neither could I understand the meaning behind his announcement that made the animals cower away nor did I understand why I felt safe in his arms.

And then multiple anguished howls took over the place, I attempted to look but he softly pushed my head back where it was. The sound of something stiff getting torn open resulted in another pained howl, despite my lack of knowledge I could understand everything that was happening behind was beyond brutal.

Every now and then I trembled when the cries of the animals would hit my ear, and the man holding me gently rubbed his thumb over my back. I felt the unknown warmth spread throughout my body. Minutes passed and I started slipping from consciousness.

It was then I felt him cupping my face and tilting my chin up so that he could stare at me. Even in my blurry vision, he still looked extremely gorgeous.

"What's your name Angel?" He slowly whispered, there was an edge of tenderness in his voice.

"Isabelle," Was all I could say before I got lost into the darkness, in the arms of the stranger who'd just saved my life.