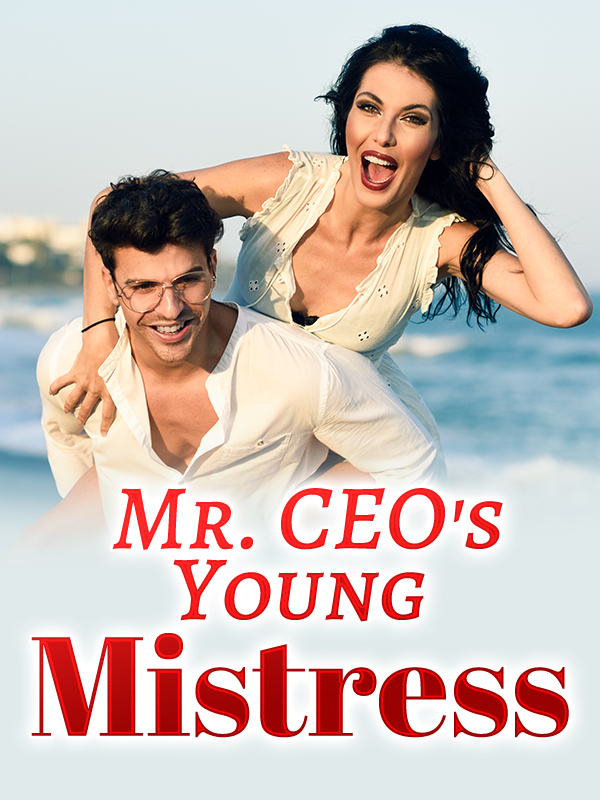 Everyone in Montreal City knew that Sharon Andre was the most important person to Leonard Lefebvre. If you touched her, you would die. Sharon's parents died from the car accident when she was five years old. At the police station, Sharon held Leonard Lefebvre, who was slender and stood in the darkness, without hesitation adopting her. Leonard said in a cold voice...Before the age of eighteen, Sharon was the treasure to Leonard. On her 18th birthday, Sharon took the courage to bring her love Simon Guerin to Leonard and introduced him shyly. "Master Leonard, this is Simon Guerin, my boyfriend." Leonard smiled at Sharon, well his heart was bleeding...

Chapter 1: Do You Want to Come With Me?

"Sir, it's been five days. We've tried contacting all of Sharon's relatives, but none of them wants to adopt her. What do we do now?"

The young policewoman looked at Sharon Andre sadly, who was sitting on a chair and fumbling with her hands.

"What else can we do? We can only send her to the orphanage."

Officer Lee squatted down in front of Sharon. "Sharon, I'll be taking you to the orphanage tomorrow, alright?"

Sharon pressed her lips together and stared off in a daze as if she hadn't heard what he said.

Officer Lee only sighed. "You're such a lovely child, so why won't anyone take you in—"

Before he could finish his words, panicked footsteps thundered towards the entrance of the police station.

A pair of cold, ruthless eyes shot towards them. Officer Lee's heart skipped a beat before looking away and letting out a breath of relief.

The man walking towards them had a strong built and wore a light-coloured suit. His hands were in his pockets, and his perfect facial features gave off an air of indifference.

His presence was so strong no one dared to look him in the eye.

Officer Lee, however, recognized him immediately!

But then, what was he doing here?

Leonard headed straight towards Sharon and took a hand out of his pocket. He lifted her chin lightly with a finger and stared at her delicate face.

His face was expressionless. "Do you want to come with me?"

At that, Officer Lee went speechless.

Ever since the car accident five days ago, Sharon had not said a single word.

She stared back at Leonard, her innocent dark eyes shining brightly.

"Do you not want to?" Leonard frowned.

Sharon merely lowered her head and said nothing. Slowly, she raised a hand and placed it gently on the finger he had on her chin.

The corners of Leonard's eyes crinkled slightly, and he extended his arm to carry Sharon out of the police station.

Officer Lee was dumbfounded and went searching for the chief officer.

The chief officer frowned and shook his head, before following Officer Lee out.

"Mr. Lefebvre..." By the time they reached the duo, Leonard had already gotten into the car with Sharon.

Oliver Adams blocked the chief officer's path. "Chief Officer, Mr. Lefebvre has decided to adopt this child. I will carry out all the necessary documentation for the adoption."

Yet before the chief officer could respond, Leonard was long gone.

Leonard did not bring Sharon back to the Lefebvre family manor. Instead, he had brought her to his villa.

He did not like being disturbed, so there were not many servants around the house. As for cleaning, the family would occasionally send some people over.

They never stayed for long and usually returned after they finished cleaning.

All the way home, Leonard's stiff arm pressed painfully against her waist and stomach, but Sharon, being the stubborn girl that she was, said nothing.

Leonard walked to the living room and placed her on her feet. Ignoring her, he crashed into the sofa and lightly pinched the bridge of his nose.

Sharon merely stood there, her hands clenched into fists, and stared at Leonard.

Although it was a new environment, the little girl did not show any sign of fear or discomfort.

"Are you very tired?"

That was the first sentence that Sharon had said after five days of silence, and her soft voice was hoarse.

Leonard paused for a moment, then lowered his hand and looked coldly at Sharon.

Sharon slowly walked towards him and stopped in front of him. "My name is Sharon Andre. What about you?"

Leonard stared at Sharon. Something flashed in his cold eyes, but it was so quick it was impossible to capture.

Seeing that he didn't respond, Sharon pursed her lips slightly.

Leonard's brows were knit together. It was the first time he had ever introduced himself to someone, and it felt very foreign.

Sharon's mouth opened slightly as if silently saying his name.

After a while, Sharon said, "Then, what should I call you?"

"I am ranked third in the family," said Leonard.

"Then, shall I call you Master Leonard?" Sharon asked softly, tilting her head back and staring and him.

Leonard stared at her bright eyes for a moment before he replied. "As you wish."

Leonard narrowed his eyes at her for a long time. Then, he merely responded softly. "Mmm."

From the first time she softly addressed him as "Master Leonard", their fate has been sealed together.