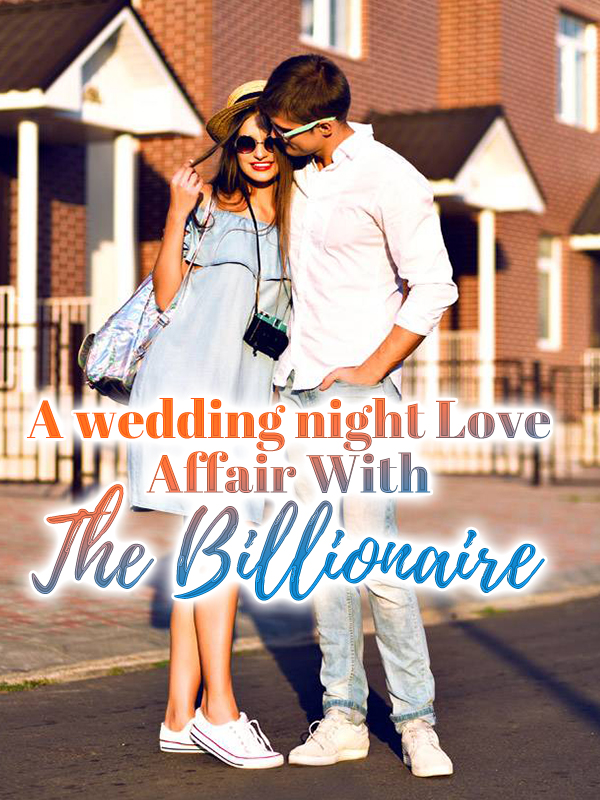 A wedding night Love Affair With The Billionaire

The bride and brother-in-law slept together on the wedding night?‚ÄùThe mother-in-law and her groom caught on the spot. Eliza Stone thought that her reputation would be ruined for the rest of her life.Unexpectedly, the groom said to her, Let's sign a marriage contract. We will not interfere with each other‚Äôs relationship and will never divorce."On the other hand,the handsome and rich future brother-in-law also looked at her with affection and said, "Don't worry , I will be responsible for you."

Chapter 1 Slept With The Wrong Man?

On her wedding night, she did not sleep with her husband. Rather, she slept with her step-sister’s lover. What was she to do now?

Eliza Stone’s body tensed up as she stared at the handsome man who was still sleeping on the other side of the bed, and her mind went blank.

How did this happen?

She clearly remembered her husband Michael bringing her into the room after she got drunk. Why was Tanner the one she ended up sleeping with?

If Michael and her sick sister ever found out about this…

Eliza did not dare to imagine the consequences. She got out of the bed in panic and frantically got dressed. Her mind was filled with thoughts of escaping. As far as possible, she wanted to hide this matter. As long as she did not say anything, no one would ever know…

Right after she put on her underwear, she heard a knock on the door.

To her, the sound was like thunder, it came all too suddenly, and Eliza’s body trembled in shock. She directly jumped under the quilt without another thought, and covered her head like a turtle retreating into its shell.

Her movements startled the handsome man who was still sleeping beside her. He did not even open his eyes. Instead, he reached out and held the frightened woman in his embrace. Then, he lowered his head and buried his face in the back of her neck. He smiled joyfully.

Eliza was petrified at his sudden movements.

Did this man mistake her for her sister?

“Eliza, are you in there? Open the door.”

Eliza’s mind was in a complete mess. She wanted nothing more than to die at that moment. Why would she do something like this on her wedding night?

After panicking for a long time, she could only grit her teeth and turn around to the handsome man who was holding her in his arms, “Tanner, wake up! We slept with the wrong people last night!”

Tanner Deleon, who seemed to still be in his dreams, frowned. He slowly opened his dazzling eyes, then looked at her with a dark gaze. It was like staring into the depths of a deep abyss.

“Slept with the wrong person?” He asked in a deep voice. There was a hint of displeasure in his voice, perhaps because he had just woken up.

Eliza did not have any time to think about it. She spoke frantically, “Yes, you are not my husband, and I am not my sister! My husband is at the door right now. No one can know about this! Hurry up and hide!”

As she said that, she anxiously tried to pull the tall and slender man out of bed.

However, not only did Tanner not get up, he even exerted more strength in his arms and pressed the woman dressed in only her underwear under his body.

The distance between their faces was as little as the width of a fist. The tips of their noses were almost touching, and they could hear each other’s breaths.

Eliza’s heart started to beat faster at once. She widened her eyes to look at Tanner, the man in front of her. She had known Tanner for many years, but for some reason, he felt so unfamiliar to her at that moment.

"Hide? You plan to escape like that, I see." Tanner's tone was firm, there wasn’t any hesitation in his voice. "Are you not going to admit that you have slept with me?"

Eliza thought that it was strange, she did not understand him at all.

This was an emergency, and she had no time to think about it at all!

At this moment, Michael opened the door to the room with force.

“Eliza, are you okay?” Michael hurriedly rushed in. “You haven’t been answering me. Are you…”

His words were left hanging. Michael Francis was mortified when he saw the two people in bed.