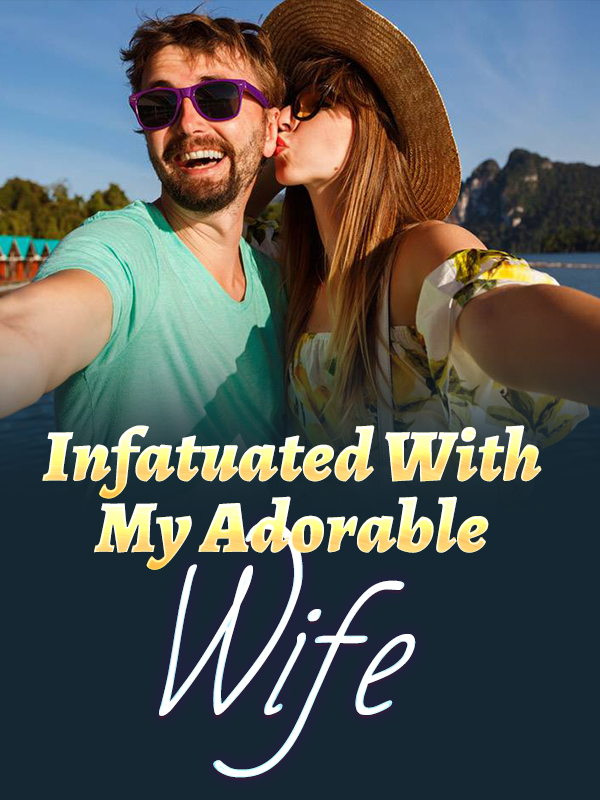 Infatuated With My Adorable Wife

On the engagement day, Leah Carter found out her fiancé was cheating with her sister. Desperately, she had one-night-stand with a stranger. Everyone thought that she was ugly and didn't deserve what she had. She left sadly... Six years later, Leah became a beauty and came back with a cute baby,Jackson Carter.Jackson was only six years old, but he was an excellent hacker. Holding the information of many single businessmen, he looked at Leah and said, "Mom, shall I find you a boyfriend? What kind do you like?" Leah pretended to be deep in thought, but her thoughts were interrupted by someone next to her. "Jackson Carter, do you want another man to be your father?"

Leah Carter stared blankly at the pregnancy test re

in her hand. She was pregnant… from that night two months ago…

Two months ago, at the party celebrating her engagement to Cael Clemons, Leah stumbled upon her younger sister and her fiancé having an affair. She was so distressed that she used alcohol to drown her sorrows. Unfortunately, she drank too much and went into the wrong room, spending the night with an unknown man...

In the dark room, the man's aggressive eyes were like that of a wild beast. He tightly held her under his body and violently took her. Whenever she recalled that night, Leah would still feel a chill run down her spine.

She cried, screamed, and struggled, but it was all in vain. The chastity that she had maintained for twenty years was robbed just like that, by a man whose face she couldn’t even see clearly.

The pregnancy test result fluttered to the ground and was picked up by a pair of hands as fair as jade.

"Leah, you are pregnant? And it's been two months?" Leah's stepsister Chloe Carter shouted as if she was afraid that others could not hear her.

Leah was extremely embarrassed. If she hadn't encountered Chloe and Cael's love affair, she wouldn’t have drunk so much and entered the wrong room...

Not only did Chloe not shut up, but she even deliberately raised her voice and said in surprise, "Leah, if I remember correctly, you and Cael haven't broken up two months ago, right? Did you cheat on him?"

Leah looked at Chloe and her ridiculous innocent facade with hatred. It was she and Cael who had done the unthinkable, how could she have the face to skew reality?!

"Don't slander me! I didn't cheat! Chloe, are you not afraid that I will expose the scandal between you and Cael? I should let everyone see how shameless you are!"

The corners of Chloe's mouth curled into a smile, and she shook the pregnancy test results in her hand, "The facts are in front of you, Leah. You’re the one who cheated. I am Cael’s official fiancé now. Even if you want to frame me, shouldn’t you find a better excuse?"

With a roar, her father, Randall Carter, walked over in fury. Leah felt her vision blur when a strong slap fell on her face.

"How could I have raised a daughter who doesn't even know how to behave properly? Getting pregnant before marriage, you’re a disgrace to the Carter family! If this matter spreads, how am I supposed to explain this to the Clemons family?"

Her father's accusation, the gossiping voices of the servants, and the delight in Chloe's eyes. All of this pressed down on Leah and made her unable to raise her head.

She said with difficulty, "Dad, I didn't do anything disgraceful. It's all a misunderstanding. It's Chloe and Cael..."

"Misunderstanding?!" Randall threw the pregnancy test result onto Leah's face in anger, "Then explain what’s this!"

Leah was dumbstruck for a moment.

Her stepmother, Arya Wilcox, slowly sauntered down the stairs and added fuel to the fire, "No wonder she insisted on breaking off the engagement with Cael two months ago. It turns out that she is pregnant. If this child was Cael's, why would she do that?"

Arya continued, "Randall, calm down. I think it's better to find out who that wild man is first before we discuss any further."

Randall was even more furious when he heard this, "Yes, tell me honestly. Who is that man?! Terminate the pregnancy immediately, or I’ll disown you!"

Leah truly didn’t get a good look at the man's appearance.

That night, she had drunk too much and her mind was hazy. The lights in the room were dim. She only remembered that there was a pleasant scent of sandalwood on the man's body...

"B*stard, how dare you protect that uncouth man! Shame on you!"

Randall was so infuriated, he impulsively slapped Leah's face again. Leah staggered a few steps back and fell straight to the ground.

She covered her swollen cheeks with her hands and burst into tears.

No one would listen to her explanation. Chloe was eager to see her be ruined and leave the Carter family.

Ever since her mother passed away, Arya had entered the household, bringing Chloe along with her. She had bewitched Randall's heart. From that time on, there was no longer a place for Leah in the Carter family.