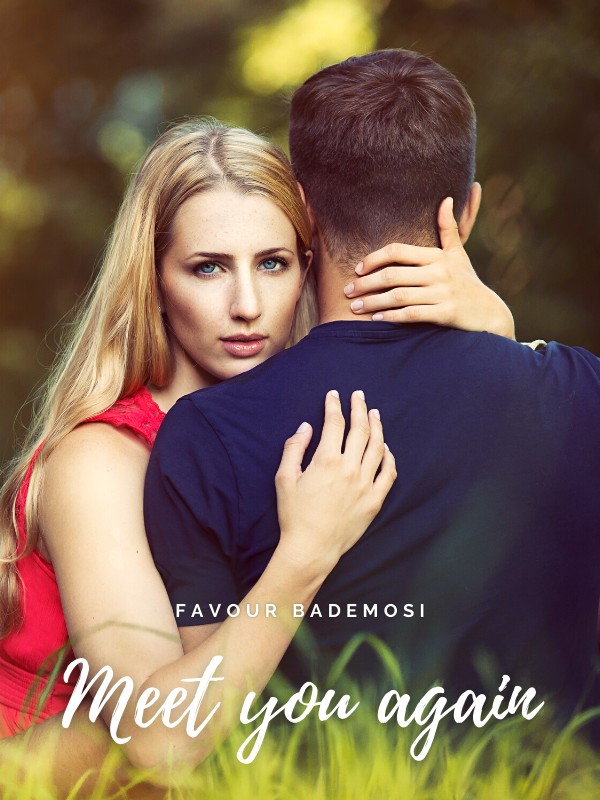 Yin Mian is a beautiful but daring girl who is compassionate to meet her heartthrob, Lu Xianjian. They had a silly high school affair which ended up having a child after Lu Xianjian's departure to America to study. With no way to contact her sweet love, Yin Mian has to keep hope alive. She is waiting for him. Six years pass by quickly. There are so many unexpected events occurring especially the loss of their daughter. Finally, Lu Xianjian returned as the king of entertainment. He is not back alone. He comes with a woman who claims to be his fiancée. Yin Mian sees her hopes and dreams shattering in her face? Could her beautiful time with Lu Xianjian have been a lie or the sad past she needed desperately to forget and move on?

Lu Xianjian and Yin Mian had been high school sweethearts. It was no news to their friends and classmates. Yin Mian's parents had not been in agreement with their relationship because Lu Xianjian was poor. His mother was sick, he had three younger siblings and his father had disappeared when he was little.

He worked and attended school at the same time, it was not easy for him but he still managed to be a more than an average student. Lu Xianjian and Yin Mian had started off on the wrong foot, they had actually been enemies until one fateful day. Lu Xianjian had not liked Yin Mian because he had thought her to be one of those rich brats who used money to pave their way and steal the rights of the poor away from them. His mind had been made up about her on a particular day when he was supposed to be given the post of class president but instead, it was given to her. He felt she did not merit it and that the teacher only gave the post to her because she was rich but the truth was she had just been lucky. Sadly,Lu Xianjian had held the grudge, never being nice to her and poor Yin Mian never knew why.

Yin Mian had been on her way home when she saw a woman struggling to walk ,she looked tired and hungry. Yin Mian had compassion on the woman and told the driver to stop the car. She came out of the car and helped the woman into it and drove her home. At Yin Mian's house, the woman was treated very well. She was given a nice sumptuous meal and Yin Mian's mum even had new clothes delivered to her.

The woman explained her condition and Yin Mian's father gave her some money and had the driver take her to her home. When Yin Mian opened the door of the woman's house, she was surprised to see Lu Xianjian. "What are you doing here?" he asked her harshly. "Xianjian! Be nice to her,she's the one who helped me and now I can take your brother to the hospital for treatment because of her parents." The woman said. Right there and then,Yin Mian found out that the woman was Lu Xianjian's mother.

"I'm sorry" He quickly apologized. "It's OK." She replied. Lu Xianjian's younger brother, Lu Di was taken to the hospital. He had been sick but there had been no money to take him to the hospital. Since that day when Yin Mian helped his family, his view about her changed completely.

He actually began to like her,she was beautiful, kind hearted and smart. That little spark soon began to grow and it turned into strong love. Yin Mian's family had actually supported Lu Xianjian's family because they were good people but when they heard that the two youngsters had actually fallen in love and even wanted to get married, they were against it.

Yin Mian was their only child and they only wanted the best for her. They wanted her to marry into a rich family and never have to struggle in life. That was their greatest desire. In their last year in high school, Lu Xianjian had written a scholarship exam to study abroad. He had worked so hard so he could pass the exam because he knew opportunities like this one came only once. He came out first and the best in the state, he was immediately flown abroad for his university education. But a day before his departure,he and Yin Mian had celebrated.

They had drunk so much that they became so heavily drunk. It was not long before he started using his charm on her and in that state, she couldn't resist and they had sex. That particular day, Yin Mian's parents had gone out and the maid Li Long had gone out to get some stuff at the market. They were alone and in that moment of teenage and immature love, they had actually consummated what was yet to come. The real question should be,were they ready for this?

Neither Lu Xianjian nor Yin Mian regretted what they had done. They did not tell anyone, they made it their little secret. The next day,Lu Xianjian hugged Yin Mian for the last time and said goodbye, then he entered the airplane. Yin Mian cried, he was not yet gone, but she was missing him so much already. She left the airport and went back home. She wrote many letters to Lu Xianjian, many of which never reached him. Yin Mian gained admission into university B and tried to move on with her life.

About a month after Lu Xianjian's departure, Yin Mian fell sick. She had fainted and was taken to the hospital where the reports of a test carried out on her showed she was pregnant. Yin Mian was inwardly happy that at least, she had a part of Lu Xianjian in her to always remember their promise to each other. "Yin Mian I promise, I'll never forget you. You are in my heart and I'll love you forever." Lu Xianjian had promised, she remembered his words clearly. "Lu Xianjian would have been excited to hear this great news but, too bad I can't tell him now."She told herself.

Yin Mian's parents were furious at hearing the news of their daughter's pregnancy, they told her that she must abort the child. She refused and tried to run away. They locked her up and said they wouldn't let her go anywhere until she agreed to abort the child. It was the intervention of Yin Mian's aunt that saved her and the baby. At last after some persuasion, her parents allowed her to have the baby.

Eight months later, she gave birth to a girl. A cute little baby that smiled and laughed so much. The baby reminded Yin Mian of Lu Xianjian and she cried. Yin Mian's mother told her that after the baby was seven months, Yin Mian would continue her schooling and leave the baby in the care of a nanny to which she agreed. Three months later, she went to visit Lu Xianjian's family and found out they were doing well. Lu Xianjian sent them money every month.

Lu Xianjian's mother said that they were truly blessed. "My dear since you came into our lives, it has been one blessing after the other. Did you know that Lu Xianjian doesn't have to work to earn money abroad, he is paid money for just going to school. How wonderful it is." Lu Xianjian's mother said laughing like an elated child. "I've heard about it and I just hope for the best for Lu Xianjian." Yin Mian said. "Dear, why didn't you bring my granddaughter, it's been a while since I last saw her." Lu Xianjian's mother said. " Mum don't worry, tomorrow I'll bring her straight here and she'll spend the whole day with you. "Yin Mian promised and they continued their discussion. She left later in the day.