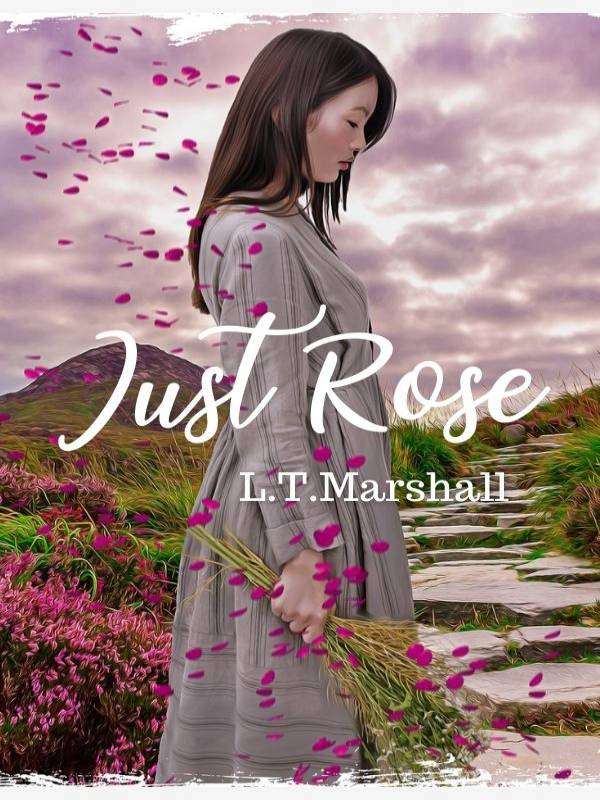 The unexpected death of Rose's beloved aunt ends up being a driving force in her uneventful life. She gives up her lonely, unfulfilled big city existence for the country home and life from cherished childhood memories. But can it live up to them? All she wants is to find her place in the world; the happiness and independence she has been searching for. With her little dog Muffin by her side and a much-needed new friend, it does seem possible - until an encounter with the handsome local Laird of the Munro Estate sends her spiraling from young professional woman to a hormonal bundle of goo. Their chemistry is undeniable, but with him not seemingly on the market, this might not be the place for her after all. Thrust into the world of country living, will Rose ever find true love? In this roller coaster of emotions and a whole lot of country charm, one thing is for sure: Rose is certainly not going to be bored anymore!

Rose pushed the damp tendrils of hair from her eyes; sweat running down her forehead and dripping along her nose every time she looked downwards. She was physically fatigued, her denim shorts leaving her legs exposed and burning on the hot paving stones, but her determination wouldn’t let her give up on the torturous task at hand. The weeds and paving stones had ruined her manicure and her hands felt like sandpaper. She had made a huge start on the mammoth chore and wasn’t about to give up now. If anything, Rose was a stubborn woman when her mind was on a task.

Looking up, she could feel the sun burning her already tender face and naked shoulders, exposed by the flimsy white vest top she was wearing. The sun had climbed to the highest point of the day and was mercilessly trying to cook her. Trying was an understatement! Her hot red shoulders were a sure sign it was succeeding. Arching her back, she stopped for a moment, looking at the fluffy cloud in the clear blue sky and contemplated a little break until the heat started to cool down. That way she could get some relief from its beating rays.

Leaning back on her haunches, she looked around the wild overgrown jungle she now called her garden with a heavy sigh; she had managed to clear about four feet of the path from her chipped and faded once bright red door. It was a start, a major improvement at least; She would now be able to come and go through the door without fighting with the plants around her ankles. She only had another two feet until the rickety little gate was clear, and that meant a leisurely walk from the gate to the door; unlike the day she arrived. That day had almost been like an Indiana Jones manoeuvre to get through the wilds and into the cottage.

Her mobile phone began to ring in her back pocket, reaching back she slid it out to answer, her mother smiling back at her from the screen photo, staring up at her in all her beautiful glory. A feeling of warm affection spreading through her stomach.

‘Hi Mum.’ She smiled and got up on her knees to stretch out lazily, leaning back and sliding to lay flat on the scorching stone path. An impromptu break had been decided for her.

‘Hi honey, I hope you don’t mind me calling darling? Just checking up to see how you’re settling in. We haven’t heard from you since your first day there.’ Her mother’s warm tone made her feel happy and a little bit guilty.

‘Sorry Mum, I’ve been so busy; this cottage had such a lot of cleaning and organising, it was a bit of a mess.’ She admitted, straining her back to get the kinks out and tipping her head back to feel the sun on her neck and exposed cleavage, both had been neglected when hunched over.

‘That bad? It was left all boarded up and packed... Did she not have a caretaker keeping it habitable?’ Her mum sounded confused about the state in which Rose had found the cottage.

‘Yes; someone had been doing repairs and such, but the grounds are wild, the interior a sea of canvas sheets and the place just smelled of damp and had about three inches of dust.’ Rose glanced up at the window from her crazy angle, seeing Muffin, her fluffy white Chihuahua watching her quizzically from his perch on the wooden ledge. He was dying to get out, but she knew he would just run off into the unfamiliar surroundings if she let him loose.

‘Olivia would’ve been upset to know it had become so unloved.’ Her mother whispered tearfully; Rose felt the same tug of emotion at her aunt’s name. A sunken ball of heaviness stopped her thoughts and forced her to push her aunt from her mind’s eye, bringing her back to the present. She was getting good at dismissing her grief whenever Olivia’s name arose.

‘I know Mum... It wasn’t exactly the cottage of my childhood memories... Colourful and homely it was not; so many memories of being here with her, only to be faced with an almost derelict shell.’ Rose picked at her nail with her thumb in distraction. She always found it hard talking to her mother about Olivia, in any way.

‘I guess not living there for the last eight years took its toll... She was happy in Shropshire though, with George. I think she missed the cottage, but she had found a new home.’ Her mother’s wistful tone carried a melancholy through Rose’s stomach, she shook it off with a sigh and tried to refocus on the sunny surroundings instead.

‘She always loved this place as much as I did; I guess it’s why she left it to me in her will.’ Rose smiled to herself at the touching legacy her Aunt had left her. What that had meant to her.

‘So, what are you doing today, Darling?’ Her mother changed the subject quickly, feeling that same pang of loss and heartbreak and eager to brighten the mood. It was still too soon; even after eighteen months of life without her, both women getting so good at pushing it down and misdirecting when it got too painful.

‘Gardening...With a spoon.’ Rose laughed, and her mother followed, she had never been the one with green fingers in the family, and this only proved it. ‘I’m almost done. The house is habitable, she left almost all the furniture behind. I have my studio set up ready to work and well, Muffin, seems to love taking walks in the surrounding rural emptiness.’ She sounded more positive than she felt today. She didn’t want to admit that she still had so much more to do and hadn’t left the cottage in the two weeks here, due to endless cleaning of the two-bed, one-story thatched roof cottage.