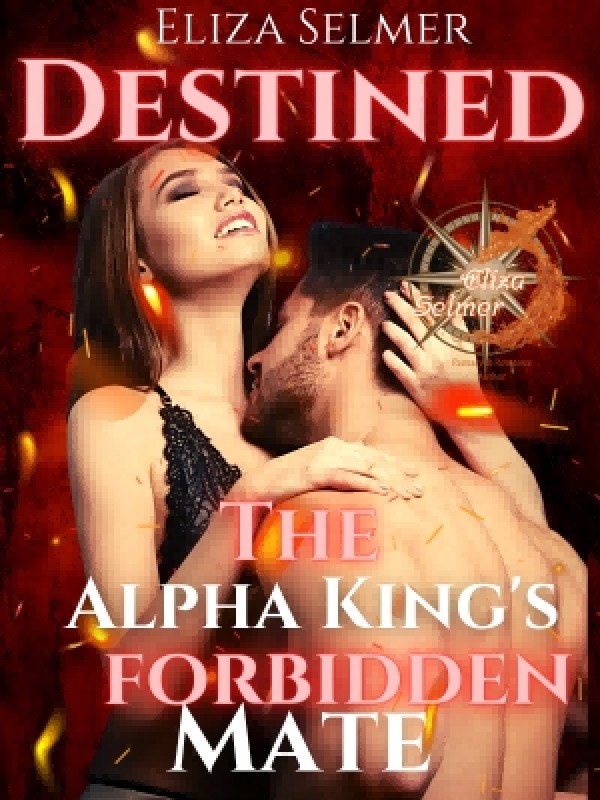 Moyra Lightfoot, a promising Ice Fairy's world is turned upside down in the blink of an eye. When her clan is attacked by demons, she left the sole survivor, but not without a cost. Stripped of her wings and sight, Moyra is left without magic or her main senses. Armon Renaldo is the strongest Alpha to walk the land, but he harbors a horrible secret that could ruin him. Determined to be rid of this secret, he hunts for the Eternal Fountain in the Guilded Forest. It is during his search that he meets Moyra and decides to help her. What will happen when a useless fairy with no will to live meets an Alpha who is harboring his demons? Will they be able to fix each other while the world around them is falling apart? Will Moyra be able to find her strength in adversity? Will Armon ever be free of his curse? Read to find out!

Screaming… that was the first thing to rouse me from my sleep. It sounded like something serious was happening, but how could that be possible with the winter solstice?

Getting up, I quickly slipped on my sheer white shift, being sure to allow my wings freedom, just in case.

Stepping out of the hut that I shared with my family, I found myself standing in a world of fire. Gone was the pure white, freshly fallen snow that was coming down before I went to bed. In its place was ash and blood. And, if I looked closely, pieces of shredded wings.

Lifting my hands to my lips, I covered the scream that wanted to escape.

Right now, I couldn't make any noise. Though the area around me was empty, that didn't mean that the enemy wasn't near.

Moving forward, I extended my senses and felt for life. However, there seemed to be nothing around. It seemed that I was the sole survivor of this attack.

As I moved, I could feel fear beginning to claw at my heart, spurring my footsteps to go quicker.

I was so lost in my emotions that I didn't notice anything in my path until I was falling forward.

Holding out my hands, I managed to keep from landing on my face, but not spare my palms or legs from getting scraped.

Wincing, I looked around for what had tripped me until my eyes landed on a scene that turned my blood cold.

Laying scattered about the ground were my kinfolk, battered and bloodied, with their eyes and wings missing.

I began to scramble backwards as I tried to process what I was seeing.

Who could have possibly done this? My village never bothered a soul. We stayed to ourselves and tried to coexist with all the fae and supernatural beings that walked the world.

So, why? Why would someone attack and burn down my peaceful home and kill everyone I held dear?

As I tried to make sense of the situation, I felt myself pushing against something soft and still somewhat warm. Feeling a sense of foreboding begin to race through me, I slowly turned to find myself face-to-face with a scene that would certainly haunt me for the rest of my life.

Both my parents were tied to a tree whose limbs were burning slowly. Like the others on the ground, their eyes were gone, and so were their wings. Their hands, which were covered in blood, clutched together for dear life.

"Mama, papa," I gasped, a sob taking over me. "No, no." They couldn't be dead. They were just alive before I fell asleep. "Quit playing." I begged, scrambling to my feet. "You can stop chamoflouging. The enemy is gone. "

Tears were pouring from my eyes by this point, but they still didn't move in an attempt to help me calm down.

"Please wake up." Surging forward, I grabbed at their arms, but recoiled as coldness greeted me. "Stop playing!"

I shivered, reaching out for their familiar energies. However, nothing greeted me. Any light they may have had was gone, and a dark emptiness was all that was left.

Tilting my head back, I let a scream of rage and sorrow escape me as blinding light surrounded me and shot towards the sky.

"Over there!" A deep, gruff voice growled.

The sound of boots slamming into the earth began to come towards me, but I didn't care.

Staying put, I continued to take in my parents. Their lifeless faces held grimaces of pain, showing that the last thing they experienced was truly awful.

"Don't move!" The voice was right behind me now.

Turning slowly, I looked into the one good eye of the demon that was commanding me.

"Did you do this?" I asked, pointing to my parents' lifeless bodies.

It was like I wasn't myself. I could see everything happening, but I had no control over it.

"And if I did?" The man snickered, crossing his large, meaty arms. "What is a tiny thing like you going to do?"

A broad smile began to creep across my face as my hand lifted.

I could feel energy rushing through my veins, and it was just dying to escape.

Giving a slight push, a spear made of ice escaped my palm and stabbed straight into the man's chest.

Feeling a strong sense of satisfaction, I watched as the demon's eyes grew wide and a look of disbelief crossed his face.

"You..." He gasped, sending blood splattering onto my skin. "H-how…"

"Never understate the fae." I growled, pulling the spear back into me.

I kept my eyes locked on the demon until he fell to the ground, twitching, and then burst into flames. Only once I was sure he was gone did I collapse on the ground in front of my parents' bodies.

"I..." I panted, realizing I had just made my first kill.

Unable to hold back, I turned and began heaving until nothing was left in my system.

Laying on the ground, I curled into a ball as the weight of everything hit me.

My family and clan were all dead and I was no longer an innocent thanks to making my first kill.

Closing my eyes, I took a few deep breaths, catching a strange, alluring scent that called to me like a siren.

Confused, I looked around trying to determine where it was coming from. Once I was sure of the direction, my body began to move on its own once more.

I continued to move until I found myself at Crystal Lake.

What was here? Looking around, I tried to find the source of the smell. That was when I saw him.

He was lying with the lower part of his body in the lake and the upper part out. His strong, chiseled chest heaved with the effort of every breath. His pale skin glittered in the moonlight with sweat. His long, dark hair cascaded around him and mixed with the blood that was steadily falling from a large hole in his shoulder.

I didn't know who he was, but I felt such a draw.