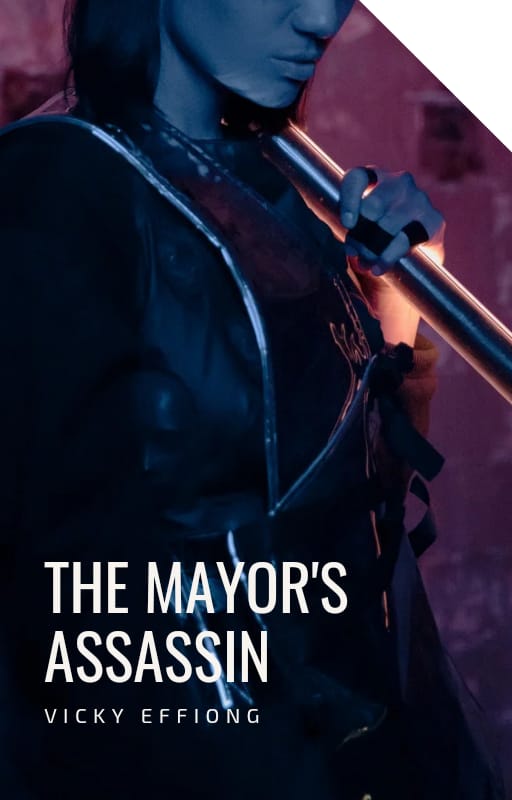 The life of the Mayor of Los Angeles rests on seven FBI cobra team members. An FBI team must struggle to protect the mayor from an assassination amidst the chaos going on in their own lives. Family, personal life, and duty are put to test as the time of the assassination draw closer. For the assassination to be successful, the FBI Special Agent Mendy and his team must be taken down. If the team is weak, the assassination is successful. Will they make it through the dark moments of their lives and save the mayor?

Special agent Mendy Terry, head of the FBI cobra team walked to the window of his house to take a clear view of the ever-luminous city. He could see the streets of Los Angeles crowded with people walking swiftly, enjoying the sights, delivery trucks, cabmen, and tradespeople. With a tense look on his face, he picked up his 4-year-old baby girl, Claudia, from the floor to the dining table for breakfast.

"No one cared to put on the TV", remarked Amy Terry as she walked in the direction of the television shelf.

"My sweetest munchkin", Amy said and kissed the little girl on the forehead.

"Morning husband", responded Amy as she nodded in Mendy's direction.

The background voice emitting from the television was from Mayor Jared Rollins.

" …both I and my administration are working hard to uphold peace in this city. I want to let the people of this city know that I have heard… I stand with you...and we stand with every family and neighborhood who has suffered because of violent crime. Every life is valuable, every loss is unbearable. God bless you all…

"He is back again with his speeches. Does it ever get better? I only pity you, Mendy. Soon, you'll be out there saving his life and thousands of other helpless people in this city. Your family needs saving too, do not forget that", Amy uttered with her hands going left, right, and in other directions.

"It is my job, baby girl. I have to go now", Mendy walked towards Claudia, placing a soft kiss on her forehead. He walked to Amy and rubbed her back soothingly. Giving her an 'it's gonna be okay' stare as she shook her head in disappointment, he ran out of the house, into his grey Honda Civic.

He got into his car, put on the ignition, and began driving across downtown Los Angeles. He was fully aware that time was of the essence. Soon, he will have to be in a conference room with chairs, a long table in between the chairs, and other ladies and gentlemen.

Mendy Terry is a special agent and the head of the FBI cobra team in Los Angeles. His team has been assigned to protect the mayor of the city. Mendy is a smart, calm, and quiet family man. Since his assignment to the mayor, he has barely had time for Claudia and Amy.

During the early hours of the morning, he is driving the district downtown to the mayor’s office. At dawn, he is filing reports, handling cases, and heading back to his family already laying on the bed with the lights off.

Mayor Jared had fixed a meeting with some members of the FBI and the Los Angeles police department to round up the issues at hand.

As Mendy turned his car steering onto Bunker Hill, he felt bad that he had to miss his morning run and breakfast with his family because of an impromptu meeting.

A lone delivery truck occupied the lane he drove on. With an irritated look on his face, Mendy parked the vehicle and cursed. He sat in the car and began observing the environment.

Only a few vehicles were filling in on the right lane, to the city parks and other streets. Men and women walked swiftly to beat the morning peak hours. While some people held a cup of coffee or a newspaper, morning runners were seriously caught up in their daily dose of exercise.

"Shit", Mendy uttered. He had been distracted by his thoughts to even notice the garbage truck parked and beckoning him to drive on the freeway.

Mendy turned on the ignition and put his arms through the window with his palm facing up and a gesture that matched 'man you do not have to create a nuisance by horning like that!'.

Turning onto Civic Center, he yawned loudly thinking of how nice it would be to sip on a double shot latte while laying on the couch watching Nat Geo Wild, instead of the mayor’s speech.

While concentrating on his journey, he could see workers and ambling tourists. Everyone was busy trying to dodge cyclists, pedestrians, and traffic and he was. Downtown Los Angeles is a busy place and it was always usual to find people moving to and fro.

In a few minutes, he was parked at the mayor’s office. Opposite the Mayor's office is a paved area, a story building, and evenly spaced benches. The storey building is specifically meant for the FBI, LAPD, and other security organizations assigned to the mayor.

Mendy stepped down from the car after picking up his bag from the passenger's seat.

With an excited look on her face, Magdalene Gustavo slowed her pace to wait for Mendy. Magdalene is also a member of the FBI cobra team, taking orders directly from Mendy. With a cup of coffee in her right hand, she raised a couple of files to the air for Mendy.

Mendy increased his pace and raised his hand to wave at her.

"Morning agent Magdalene. The night was good. What do you have in your hands?", He asked her.

"Oh, these are some files for you from the robbery case of last week".

"Alright. I'll take that from you after the meeting with the Mayor. Hold on to that for me, would you!".

"Definitely Sir. How is Amy?

Mendy raised his eyes from the other side of the street to Magdalene's face and was about to give a response to her question when Ray Eddie walked out of the office.

"Ain't we right on time, remarked Mendy as he smiled in Magdalene's direction.

"Aye beautiful officer", was the exaggerated response from Ray as he walked out of the duo into the storey building.

Both Mendy and Magdalene watched Ray as he walked out.

"I don't think so, Agent Mendy. He is such a jerk", Replied Magdalene with a faint blush on her cheeks.

They both laughed and strode into the hall of the mayor’s office.