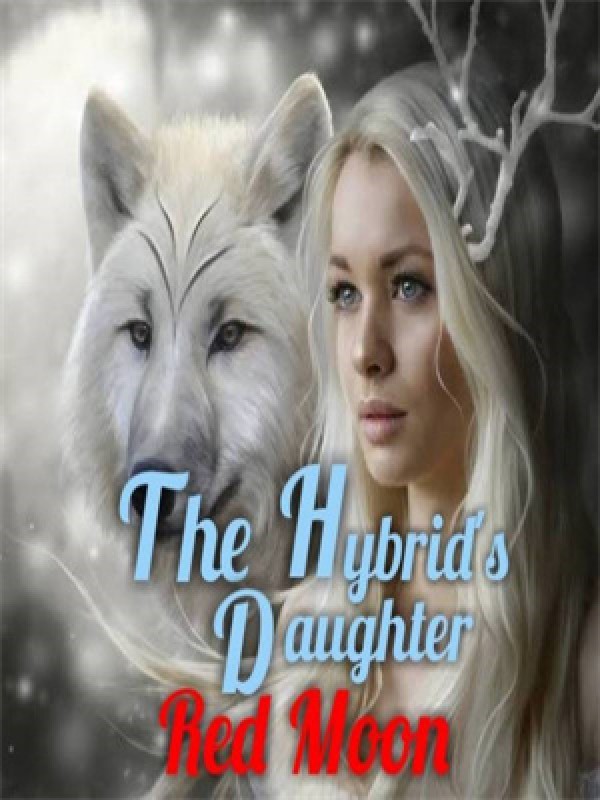 The Hybrid's Daughter-Red Moon The Curse

A beautiful, bold sixteen years old teenage girl by the name Clara Jackson who just only arrived at Great Hills High after she had to move away from her former School and Town due to her mother's new job, falls in love with a charming,exceptionally talented and strong boy in the name of Adams. Who actually is a werewolf.While seeking a romantic life with this charming young man, Clara's life would change forever when she discovered a Truth about herself. She also isn't human.Not only was she the daughter of a powerful, ruthless Hybrid she had a deadly curse placed on her when she was just a little infant and even worse she only has to her seventeen birthday to live.Time is running out fast for the sweet Clara. She needs all the help she can get from her friends and most especially from her powerful, hybrid father if she is to survive past this.But who exactly is this her powerful hybrid father and why is she only getting to know about him now? Will he be willing to help her since he is ruthless? Who actually was the one who placed a curse on her when she was little? Find these and many more in this supernatural, romantic novel.

The streets were flooded with people in a festive mood, it's El que es LUNA the festival, the celebration of the moon god.

The locals and natives took this festival really seriously, they danced and made animal sacrifices to the moon god, some even cut themselves with knives, in hopes that the gods will be kind to them and grant them a great harvest season.

It was very much believed that during this time presence of great magic is flowing through the land and this magic could be used for healing and curing any illness and infirmities, so those who were sick or dying were brought to the temple during this festive day and they were prayed for.

There was also a belief by the locals that the flow of magic during this day can also be used for great evil, an evil that has not been seen from the beginning of the world's founding.

However it was only theoretical no one has ever used the flow of power on this day for evil but things were about to change...

The locals were not the only ones who came to observe the festival of the moon (El que es LUNA ) tourists from all over the world, especially American and European, travel down to Mexico for just this purpose, to celebrate with the locals.

Not because they believe in it, on the contrary they saw it as something to laugh about but they do enjoy the beautiful music and dancing accustomed to this festival while some of them simply came for the beautiful Mexican ladies.

That was the case of this young man, Eric Damian. A young American scholar who came to experience this trilling mix of fun but almost barbaric celebration for the first time.

He didn't make the journey alone, two of his closest buddies came with him. Briana Love and Christopher john.

They also came expecting a night their young minds won't be forgetting anytime soon and so far so good.

They had joined the locals in dancing and singing even though they were singing off rhythm they didn't really care, they were having too much fun to feel embarrassed plus they were in the company of beautiful Mexican ladies, who by the look of things fancy their American charming look.

Eric Damian was eyeing one of the local girls in particular. She had long hair, a pretty face, nice soft skin and she danced really great - moving and twisting her waist as if she has no bones.

His two friends were simply after anything wearing a skirt, drinking and flirting with all the girls around...

The festival started early in the morning and it was already getting dark but the party was only getting started.

The drums started beating loudly as soon as the moon slowly started appearing in the sky, likewise the singing, chanting and dancing all increased.

More than a dozen sheep and cows were then lined up for sacrifice and an Elder Chief who was in charge of the slaughtering and sacrificing of the animals stepped up the rocky altar.

He then started chanting some strange words in his mother tongue, at the end of each chant he slit the neck of an animal.

The chanting became more and more louder as the slaughtering progressed.

The three Americans, especially Damian became really curious to know what he was saying.

He asked one of the native girls standing close by.

She explained but Eric still had that curious look on his face.

So she explained further.

“ He is praying for the moon god to accept the life and blood of the animals in exchange for a fruitful harvest. ”

He really didn't believe in the sacrifice and everything happening there.

“ So how many quantities of blood of cows and sheep does your moon god need before he hears your prayers? ” Christopher asked sarcastically.

“ as much as we can give but he can't get satisfied by animal blood, legend has it that there was a time a great drought befell the land till a point of nearly extinction. The elders then had to make human sacrifices to appease the gods, The Great Sacrifice. They said the moon turned red that very day, because the gods where overfed and he granted them there heart desires, ”

The girl narrated but only to the amusement of Damian and his friends.

“ yeah right, what a shitty legend, ” Briana muttered and his friends chuckled softly....

The men were sucking on the women's breasts, and all sorts of unholy acts..

Among the crowd of people that were dancing Eric spotted the local girl he had been eyeing, she was dancing staring at him and he stared back at her.

She smiled shyly then turned around walking to the nearest forest and Damian followed her carefully navigating his way among the crowd of people dancing and doing other sexual activities. He followed her into the forest, it was dark and it was very easy for him to lose sight of her, he kept turning around in search of her but then he heard a soft voice calling.

Following the direction of the voice, it led him to a small tent inside the forest that has a little touch burning inside.

Damain inhaled deeply then walked into the tent, entering inside he saw the local girl standing naked next to a bed made out of palm tree branches, Damian took time to study and admire her beauty.

From her pretty face to her two pointy medium size breasts, then down to her lovely shaped honey pot. He thought she looked even more beautiful without her clothes on and  gradually but instinctively he moved slowly to meet her.

Getting to her, he ran his hands all over her soft body.

Planting his lips on hers, he kissed her passionately while his hands kept busy exploring the beauty of her body - roughly squeezing her boobs with one hand then romancing her gently with the other hand..

After a while doing that, he lifted her from the legs, then slowly placed her on the wooden bed.

A low burning candle was the only source of illumination inside the tent and Eric didn't even bother blowing it out, the breeze helped him to it.

Total darkness in the tent only sounds of pleasurable moaning filling and escaping the tent.....

Then all of a sudden she gave a sharp loud cry.. then total silence quickly followed.

Eric got off her feeling worried about the sudden outburst.

he asked but got no reply in return.

It was dark, too dark for him to see anything, he shook her but she wasn't responding to that either.

he said then remembered he doesn't even know her name.

“ Alright joke time is over, what's your name? ”

he said thinking she was trying to prank or joke with him.

But still no single word from her, Damian grows impatient.

“ It's not funny anymore Okay,”

he said in a harsh tone shaking her hard but still she wasn't responding.

It was then that it dawned on Damian that something was wrong and his heart started beating really fast as he feared the worse.

He was in a state of confusion, he didn't know what to do, he was in a complete panic but then he flinched when he saw a reflection of light on the tent and then a shadow of a person forming on the tent - a shape of a woman holding a lamp.

The shadow grew bigger evidence that the person was walking towards the tent...

Soon after the tent opened up wide and an aged woman materialized, holding a lamp in her left hand.

She shone the light on Damian's direction and saw Eric looking frightened, she drifted her eyes down to the palm bed and saw the girl lying down on it with her eyes wide open looking lifeless.

Eric could tell that the lady that walked in must be related with the girl because her expression changed rapidly when she was her and she gradually walked to touch the girl, she took time inspecting the girl and the woman's face went so sad and pained when she discovered the girl was dead.