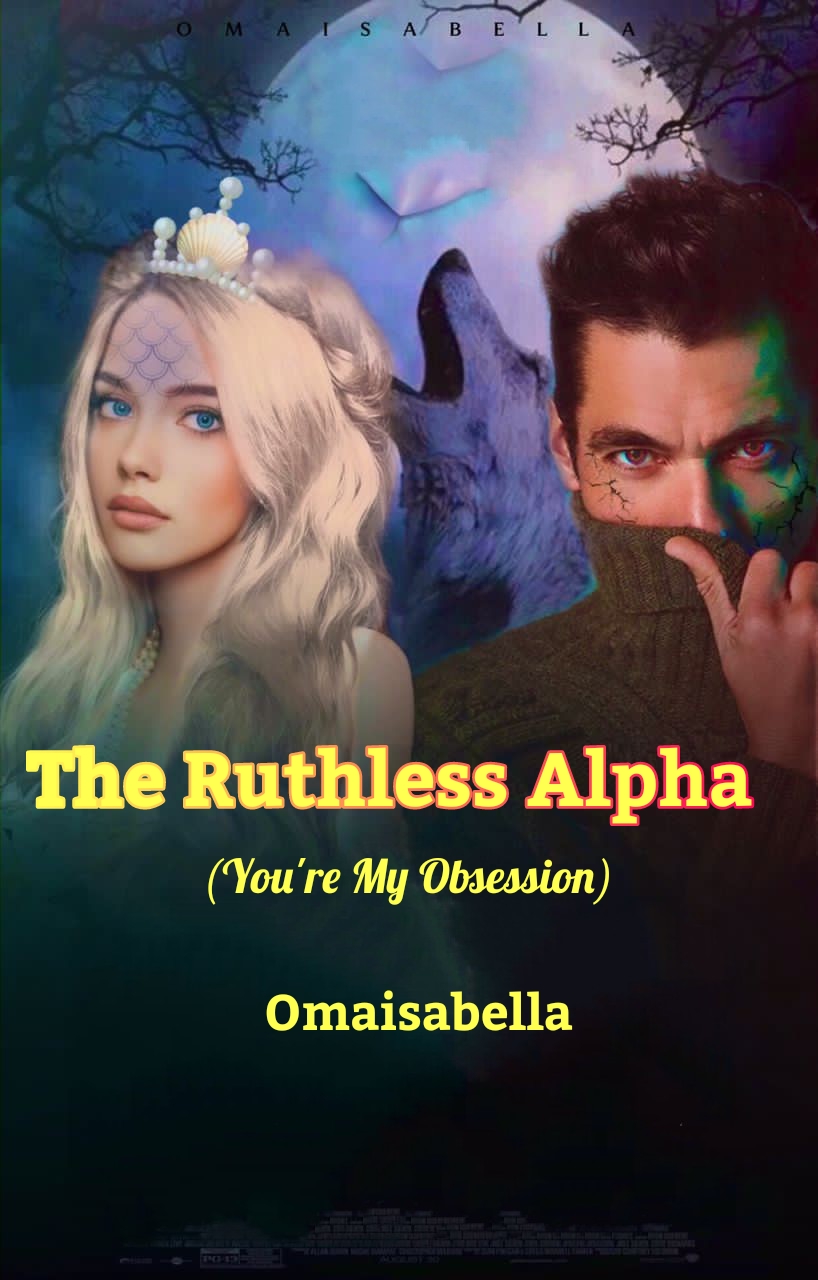 The Ruthless Alpha (You're My Obsession)

He is evil. Some say he is a monster, a demon in disguise. The gods and every supernatural being are scared of him, including his father. His father, the king of all supernaturals and a half Lycan werewolf and vampire, had impregnated his mother and left them in a faraway undisclosed place, going back to his kingdom and back into his mate's arms and their son. Seven years later, he appeared claiming to be his son, and when the young boy got challenged by the gods, he defeated Zeus sending fears into the hearts of every gods, monsters and supernatural beings. He listens to no one, not even his father, his step mother or his half brother until an unknown ugly chubby girl walks into the supernatural school and he finds himself melting and his two cold hearts changing. Vala, a half dragon, demon and elf, was sent on a mission to the supernatural school, make Ruthless fall in love with her and steal one of his heart's to unlock the chains that binds her father, Lucifer's brother. Stealing any of his heart's is hard and impossible, and falling in love wasn't part of her plan.

The war was fierce, all supernatural creatures and their spirit beasts joined forces to fight against King Haule, the demon king of Nevetha.

King Haule saw he was losing, his demon warriors stood no chance against them. It was an unexpected fight and he wasn't prepared. On a normal day, as the second Lord of the supernatural, he would have killed all with just one slash of his Dark curse sword, but not today.

His beloved mate who was pregnant was going through pains which surprised him.

A dragon wouldn't give birth until 1,000 years later, but his wife and mate was a half dragon and a half elf, her delivery date wasn't due so what is wrong?

"Are you all right, Elfey?" He asked worriedly.

They were inside his palace and could hear the clanging of swords and war shouts but Haule didn't care, all his attention and thoughts were on his wife. His kingdom midwife was with them.

"I am okay my love." Elfey replied smiling as she placed her hands on her small bulged stomach.

"This is a false alarm my King."

"Then why the pains?"

"I don't know my King, maybe it's because she is a hybrid and this is the first time a dragon who is an elf will be pregnant."

The door to their chamber opened and a guard came in.

"I'm sorry for barging in, my king and queen." The guard said going down to his knees. "But the Grand King is on his way here and they have conquered the two Gates that lead to this palace, I'm afraid they will soon be in the palace."

"Thank you, you can go. I will join you and the rest soon." Haule waited until the guard had left before he returned his gaze to your wife. "You have to run away my love, I will try to fight and hold them down and that will give you enough time for you to escape with my child."

"I'm not leaving you Haule, no, we promise to be at each other's side even in death." Elfey said with tears. "I can't leave you now."

"You have to save our child, please Elfey."

"Okay, if that will make you happy my love." She said.

King Haule smiled and focused on the midwife. "Grab a few things and take her through the palace secret passageway quickly, we don't have much time." He said. "Please, take care of her."

The midwife nodded her head and quickly did as told, as she had packed a few clothes in the Queen elf magic bag, she lifted up the Queen from her bed.
"Promise me you will be safe?"

"I promise you, once this is over my love, I will find you." King Haule promised.

Queen Elfey smiled and kissed him briefly, they turned to go but he stopped them as he made his Dark curse sword appear in his hands and gave it to his wife. "In case you encounter any obstacles when you escape, you are a great warrior."

"What about you? How will you fight without your sword?"

"I have others, I will be fine." Haule replied, the war chants were getting closer and closer. "Go now my love."

"I love you Haule." Elfey said taking his sword and they left quickly.

Haule made another sword appear in his hands and instead of joining his warriors, he went to his throne room, waiting for them, knowing fully well they would know where he is.

"You have to Pula, I can't leave my mate, please." Elfey pleaded.

"Okay, you've been kind to me and that is why I am agreeing to do this." The midwife now known as Pula said.

"Thank you." Elfey said handing Pula her Dragon egg covered with blood. Her eyes flashed gold and her spirit beast, a black Jaguar with wings appeared before them. "My spirit beast will take you to meet my elves sister's." She gave the sword covered in leather made in fire, given to her by her husband, to Pula. "Only my child or me or my husband can remove the sword from the leather. Give it to my child when he or she comes of age. Thank you for everything Pula."

Pula collected it and climbed on the black Jaguar and it flew away.

Elfey ran back to Nevetha, ignoring the blood pouring out from her stomach and in between her legs.

At An Unknown Place:

"Are you now denying the pregnancy?"

"Look, we are at war with King Haule, I have to be there as the first Lord and the King of all supernaturals. Kill that thing inside you or should I do it for you?"

She gasped out loud. "You are heartless Galore."

"Flower, you know very well that I have a mate and a son. I don't have time for this nonsense, get rid of it."

"You know you have a wife and son and yet you slept with me?" Flower said.
"You are whore who had gladly opened her legs for me knowing fully well that I have a beautiful mate and son. I'm at war, flower, I need to concentrate."
Turning her back on him as the ground beneath them began to turn to ice but that didn't scare the King.

"You can go, go back to meet your mate and son, you won't hear from me again. It was a mistake in the first place." Flower said and an ice portal appeared. "Leave."

"I will gladly do that, taking my handsome self out of your disgusting place." He said.

"You know I love you right?"

"But I don't love you flower."

He entered the Portal without another word.

Flying on his eagle spirit beast over to Nevetha kingdom, Galore sighted Queen Elfey fighting the armies who were trying to gain entrance into the palace through the final gate and he flew towards her.

"I am innocent, I am being framed up." Haule shouted as he blocked one of the attacks of the king's. All the king's and the three

Lord's of supernatural, circled him.

"You are a traitor." One of King shouted, sending ten swords at once towards Haule, who pieces the swords.

"Of course you are, all evidence is pointing at you." King Galore said as the five Lord's and king's stopped what they were doing and bowed before him.
He fling Elfey roughly towards Haule who caught her and he carried her in his arms in bridal style.

"Are you alright? Why did you come back? Where is our child?" Haule askes immediately.

"From the stench of her blood it seems she had ripped out her egg from her body, poor mate trying to save her child."

"King Galore, you've got to believe me, I am innocent, please order everyone to leave my kingdom." Haule pleaded.

"Too late for that my friend, I am going to make you a scapegoat so that others will learn." King Galore said and he started whistling, closing his eyes and concentrating on the Haule and his mate in his arms, and ignored the Haule cries for mercy.

When he opened his eyes, Haule and Elfey were turned into golden statues.
"Seal up this kingdom and place your Magic spell on this palace Daniel." Galore told the third Lord. "I need to go to my palace, the gods will soon be arriving." He added and left, the other King's and the other two Lord's left afterwards leaving Daniel to his task.