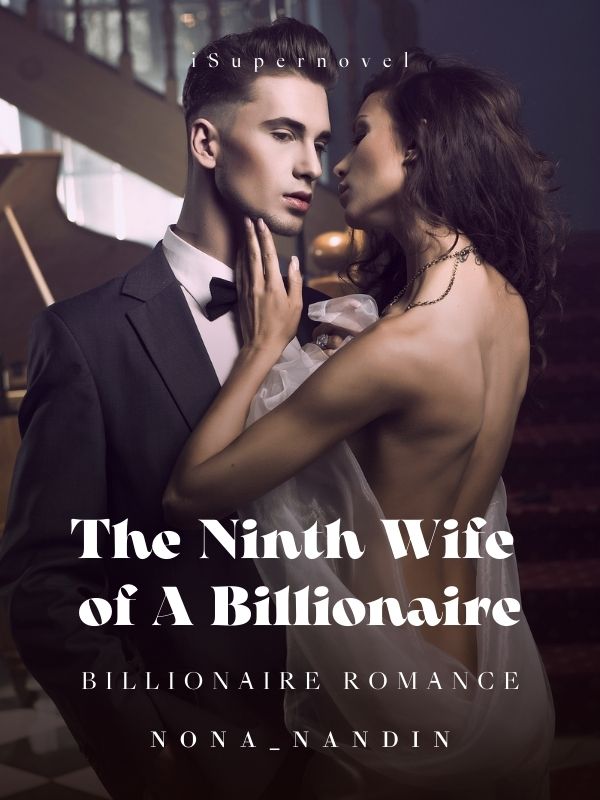 The Ninth Wife of A Billionaire

"Isn't it ridiculous? Who would marry a lame man?" "Even if he is not lame, no one wants to be his ninth wife!" "One Billion Prize For An One-Year Marriage" was an announcement posted on the wall of the University. It made Liona not think much about who she would marry. In other words, a sum of money could make her do anything.Who would have thought that the man, Lucas Fernando, she was going to marry was not a lame man?A successful man, the CEO of a big company, is ruthless and famous for being untouchable. Also, famous for his eight marriages. Liona hoped that one year would end soon so she could leave Lucas, but an unforgettable night changed everything. Why did Lucas get married eight times? Would Liona become his final wife or just one of his ex-wives?"

The accident at a crossroads in the city center had aroused people's attention, and the news even spread in the national media.

The news became the center of attention because the victim of the accident was a CEO named Lucas Fernando.?

In addition to the company that made him famous among millennials who were eager to enter the company, Lucas was also known for his personal story-"Prince who lost 8 wives”.

Yes, Lucas' previous 8 marriages have indeed run aground. There is no media report on what happened to his family and what made Lucas change eight wives.

The man's eyes slowly opened, and the ceiling of the hospital became a silent witness to the man's unconsciousness for several days.

"Lucas," The middle-aged woman said in a trembling voice as she saw her only son open his eyes.

Bernadette had no time to reply to her son's question, she immediately called the Doctor.

After a series of physical examinations. Now it's the Doctor's turn to tell Lucas to move his hands and then the legs.?

But Lucas was surprised that his legs felt so heavy.?

The doctor checked Lucas' foot reflexes with a reflex hammer and predicted that Lucas can't feel his leg.

"We've done all the checks and your spine is injured"

Lucas' gaze at the Doctor seemed to want to pounce on him.

"What happened, did you say I was paralyzed?" Lucas seemed to have the energy to be angry even when he's only been awake for a while in bed.

"There is very little chance that you can walk like normal people."

The disappointment kept the man in a mood. Almost every day Lucas fired his servants.?

Even when the waiter accidentally looked at his feet, Lucas threw everything away because he felt insulted.

Bernadette saw her son's behavior was out of control. Even Bernadette stopped the maids, except for a close friend who had worked for more than 20 years.

Bernadette walked over to her son who was sitting by the large window filled with glass. "Do you want something?" Asked Bernadette.

"I can do it myself, don't act like those stupid maids. I can still do it myself" Lucas replied curtly.?

"All the maids have resigned and can no longer work here," explained Bernadette.

Lucas rolled his eyes and looked at his mother. "Then hire again, it is not difficult for us to hire more maids"

"What if news spread, that you fired everyone who served you in this house.”

Bernadette took a deep breath and exhaled. "Lucas, it's not only us who have to be taken care of in this house. Plants must be watered, floors must be cleaned, and some even have to open the door from the main gate before entering our house. Do you want me to do it alone?"?

Hearing that, Lucas also couldn't bear if his mother had to take care of the big house.

“I think I must find a wife for you.” Bernadette looked at her son and said.?

“Again? When will you stop doing it? I’m even a lame man! Can you just leave me alone?” Lucas asked.

“You needn’t worry about it,” Bernadette said.

She simply thought about if she had a billion dollars to pay for the treatment of his sick brother.

Leona went home. As soon as she opened the door, a spoon flew up and landed on his forehead.

One day after Bernadette made her decision, social media was full of the news. A photo of an announcement on the university's bulletin board became the number one hashtag on the hot search list.?

"One Billion Prize For An One-Year Marriage" that's the title of the announcement. There is no biodata or anything there, except the number that can be contacted.

All the girls in the University laughed at the announcement. They even said that it is impossible, who will marry a cripple man to become the 9th wife?

A girl in a plain jeans shirt and a simple dress stepped up to the wall. She read it carefully. In addition to the part-time job vacancies, she also read the shocking announcement.?

"Ah, one billion, if I could get that money, maybe I would leave the home and live with Alex" Liona whispered, a girl who was wearing simple clothes that were different from other female students.?

She thought briefly if she had one billion to pay for the treatment of her sick brother.

Leona went home. A spoon flew as soon as she opened the door, and landed on his forehead before it fell.?

"Where have you been, why did you just come back" shouted a middle-aged woman who was none other than her stepmother.

Liona was silent and took the spoon that was thrown by her mother, without caring about the wound, the girl went straight to the kitchen after storing her bag.?

Housework is welcome, the kitchen was full of piles of dirty dishes. The girl hadn't even eaten since she came home from school. Moreover, two hours later, she had to go to work in a cafe near her home.

Today is the day that Liona received her salary, for her, this is very extraordinary. Unfortunately, as soon as she returned from work, her stepmother grabbed the bag and took Liona's money.

"Please, don't, this is my money to pay for Alex's treatment," said Liona, as if she knew that her mother would take the money she just got.

A slap landed on Liona's cheek.?

"Listen, Liona, I haven't been happy since I married your father. Money is always spent on treating your sick brother." Sarah continued.

Leona sobbed softly and heard her name called. She immediately ran into the room and saw Alex in pain. Her brother was out of breath and in a cold sweat. He lost consciousness.

Leona cries for help. Sara didn't care. She could only ask her neighbor to help her take Alex to the hospital. But when she got there, the doctor said that Alex should be operated on immediately. Liona trembled because she had no penny, her stepmother had taken all her money.

When the doctor said something hurtful, Leona cried. If she didn't take immediate action, she might lose Alex.

All this time, Liona had survived only for the sake of Alex, she didn't want to lose her younger brother.

Remembering an announcement on the campus wall this morning, Liona immediately ran there.?

The girl's face was full of tears. She dialed the phone numbers listed on the bulletin board one by one.

Instantly the call rang it seemed connected."Hello, I'm Liona. Can I become the 9th wife?"