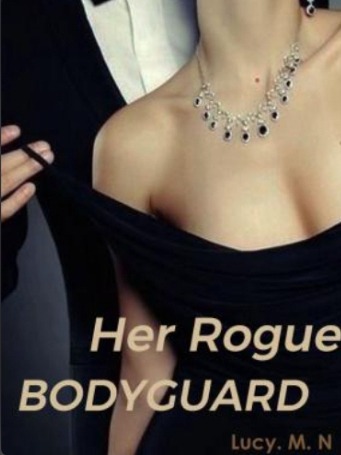 Crystal Lockwood returned home to Seattle after five years studying law abroad. Only to discover that her father had planned for her to take over as partner in his law firm. Something she had not been ready to do. On the day of her arrival, she had a run-in with who she could only term a a sexy yet arrogant brute of a man. Those few minutes together had had her heart racing with foreign need and her skin burning up. But it became clear that she had chosen the wrong time to return. Someone was after both her and her father. Putting them at risk, and her father sought out to ensure her safety. Something which he accomplished by getting her a bodyguard. The same one she had never expected to set her eyes on again. And thus began their complex relationship, filled with a rollercoaster of emotions and unidentified feelings. Both of them reaching out but withdrawing, until they couldn't contain their desire anymore.

When Matt suggested the idea, Nick thought it was stupid, like everything else the guy said. But here he was either way. According to Matt, the idea was to steal as much from as many people as they could and see who got more in the end. Now, normally, Nick would have said no because one, he stole for fun not for competition. Two, the result was inevitable since he was clearly going to win. And three, he had more than enough to last him a lifetime. But he didn't have enough. Well, he did have a few millions somewhere but using it would trigger unnecessary attention. All thanks to a court case that claimed his money had been acquired through corrupt means. So what if it had? He had still basically worked for it. And now here he was, at a busy intersection at eight in the morning playing childish games with Matt. He looked around and realised why Matt had chosen this spot. There were lots of people rushing in every direction. Most of whom he guessed we're heading for the subway to catch a train ride to work. The air was heavily scented with the aroma of fresh coffee and pretzels from a nearby diner. Nick walked into the crowd, snatching a wallet from a guy who was busy on his phone. Honestly, it was like they wanted him to steal from them. He always knew who to target, the people he was sure he'd get quite a lot from. After about twenty minutes he went back to the coffee shop where Matt had said they meet. On walking in he saw him seated at one of the booths digging into a plate of waffles and bacon. Of course, he also realised the reaction his presence got from the other customers in the diner. Some looked terrified and others, like a blonde at the far corner, looked intrigued. He went over to where Matt was and sat. Nick didn't trust a lot of people and he was close to only a handful of them. And not close in an emotional kind of way. He hated emotions. They always seemed to mess with with everyone's reasoning, even his. Of the few people he trusted, Matt was at the very top of the list. They'd known each other for years from back when they were teenagers learning how to be what they were now. "So.... How much? " Matt asked past a mouthful of bacon. Nick took everything he'd stolen out of the black overcoat he wore over his St. Laurent suit. Including a bundle of cash he'd gotten from a junkie selling cocaine in a corner. "I don't think there's need to count, you clearly beat me, " Matt admitted while picking up his coffee to take a sip. Matt had brown hair that he wore in a modern style. Slightly trimmed along the temples. His eyes were the same shade. He was handsome in a relaxed manner. Possessed looks that could qualify in Hollywood. The guy girls went to since they were sure they'd be safe and that they'd have cute looking babies. Nick on the other hand was a different kind of good looking. Standing over six feet tall with broad shoulders and hard ribbed muscles. His hair was dark and he liked it combed back. His eyes were an icy grey. Someone had once told him that they never gave anything away except for an icy chill and he guessed they were right. Apart from the clearly confused females, everyone else feared him. As they should.

"Won't you order anything? " Matt asked and Nick shook his head.

"No, I was planning on dropping by Miguel's new restaurant. There are still some fucking court papers I have to sign, "

Miguel was Nicks lawyer. The best in all of Seattle. He had been charged with illegal possession of firearms. But luckily, Miguel had been able to make it all go away.

It wouldn't have gone well if the stupid cops had started digging in on his life. Working as a contracted assassin wasn't really deemed as acceptable.

And in the time he'd known Miguel a mutual respect had been formed.

"I heard he gave the restraunt to his girlfriend..... Don't remember her name but she's really hot, " Matt commented.

Dahlia was Miguel's girlfriend. They'd only met a couple of times but he rather liked her. She was strong-willed and he liked females that could stand up for themselves.

Although love wasn't really something he was into. Luckily for Nick, he wasn't prone to that one very dangerous emotion. At least that's what he'd been telling himself for as long as he could remember.

"Anyways....... I got a job at this technical institute. I'll be helping out with programming and stuff, " Matt suddenly said, a rather smug look on his handsome face. That was the most shocking thing Nick had ever heard.

"Yeah. I mean I admit it's a little boring having to go in everyday but the pay is awesome. Plus I'll have plenty of time to work on a heist on the local bank. Which is pretty much the only reason I'm doing this, " well that explained things

"That institute has like the craziest technical system there is. You can hack into anything... " Matt went on with a foolish smile.

He was what you'd normally call a good bad guy. His actions were against the law but his character was great and he was always in a good mood.

Even when he was doing something as horrible as taking a life, he'd find a way to make a good time out of it.

"Good for you then. I have to go, Miguel must be waiting for me, " Nick said as he stood. He took two hundred dollars from the cash he'd just acquired and told Matt to keep the rest. The sooner he was done with that court stuff, the sooner he'd get to go back to work.

Outside the sun was brightly shining though it wasn't to the point of being called scorching. Nick normally wasn't a fan of light. He preferred the dark where he could do anything he set his mind to without worrying about the consequences. He got into his car and was about to head to the restraunt when Miguel called. He'd gotten tired of waiting and had gone to his law firm. So nick had to meet him there. He just wanted to be done with all that bullshit once and for all. Then maybe he'd go over to Dahlias restraunt and grab something to eat. He didn't particularly hold food in high account. He could very well go an entire day without eating. But he found some amusement in teasing Dahlia. And for a guy who barely found anything interesting, he tended to maintain the little things that he actually took interest in.

That didn't mean he trusted her though, she had a habit of making it seem like his life was an open book. She could pretty much read people then she what she learnt against them.

The traffic in the morning sucked and Nick considered parking somewhere and walking instead instead of being stuck in the middle of all the chaos.

He leaned back on his seat and slowly shut his eyes.

He hated loud noises and as of now, they were all he could hear.

The sound of honking from all the cars around him and some stupid wannabe businessmen in their three dollar suits telling whoever was in front of them to get a move on.

The smells were even less pleasing. Just like any other state the air was made up of mostly vehicle fumes, fast-food and sweat from everyone around.

He tried to think of something relaxing but the concept was all but foreign to him. After what felt like forever he was finally back on his way. He looked around at the skyscrapers that made up most of this part of Seattle.

Some other person would have marvelled at how high they went or how well they'd been structured.

There weren't a lot of things he particularly saw the need to acknowledge.

To him, there were only two significant moments of one's life. The moment one was born and the moment one died. Everything in between was just practice.

He had no idea where he came from though the records of himself which he'd stolen from the orphanage he'd grown up in said he was found outside a church in Phoenix.

Perhaps it was his disregard for life that made it easy for him to do what he did and not even feel an ounce of remorse.

That was a fact he was well aware of.

He'd killed hundreds and was most likely going to kill more. He couldn't help it. It was just his way of life. He finally got to the law firm and parked his car, then he got out and headed for the building.

His lawyer, and apparently his friend, Miguel Diaz was, simply put, wealthy beyond measure. The Diaz Law Firm was as of now the largest structure in that area. Filled with people who were all under Miguel's command.

Apart from his massive wealth, Miguel had something that nick both lacked and respected.

He had a good heart. Although Nick didn't want one of those, it was admirable how Miguel had been able to have so much power and still not lose himself in it.

He walked up the stairs heading into the building then a car pulled over at the same time.

It was a black Mercedes. The type influential people drove when they wanted to draw attention to themselves.

Nick had nothing against the rich.

It was those who thought money could save them that he couldn't stand.

He was about to turn and keep going when something caught his eye. Actually, it was more of someone.

In the building right opposite Miguel's, at the very top of the roof, Nick saw a guy. Most probably a sniper. He was aiming at someone on the street.