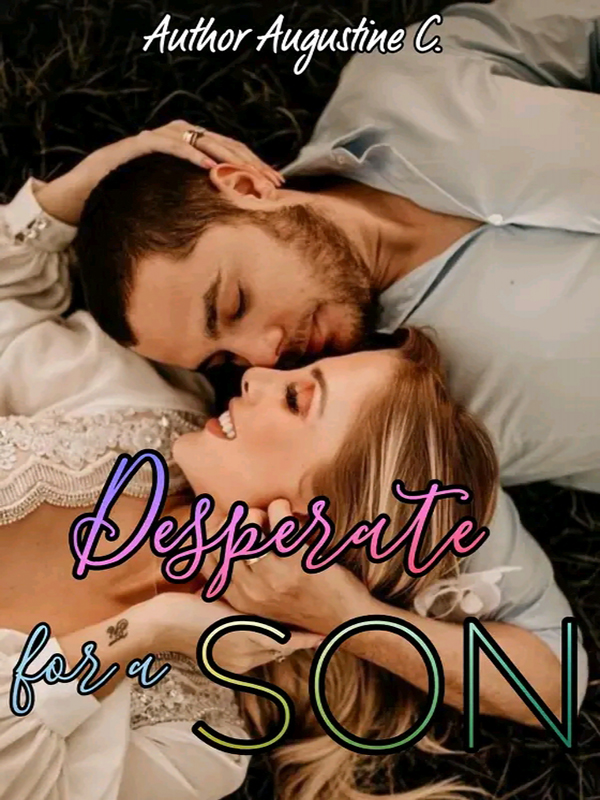 Desperate for a Son

The The story title Desperate for a Son is rendered with a convincing voice and an authentic linguistic lilt. it tells a story of a young man who was the richest man in town and also the only child of his parents. They mystery behind his childless further takes him down the valley of destruction. Miquel travelled for days and nights, working on the way, sleeping when he got to a village. whenever he got to a new village his first enquiry was always whether there was anyone who knew how to wreak vengeance on men. And when they told him not to dare such things, that God alone could wreak vengeance, he left them, in anger, and went on.

There was once a man called Adrian in the land of Cyril. He was a rich man, richer than anybody else who lived at the time. Wealth was the gift that God had given him; and he had three wives, but of children he had none and was unhappy for that reason. Whenever he said his prayers, he did not ask God to give him a son or daughter of any particular talent, but any child, someone he could look upon as his own.

When he got home he showed the horse proudly to his servants and to all who knew him.

At night he dreamed that the horse had a foal. The foal grew up and Adrian loved it as he had loved it's mother. As soon as it was rideable he ordered his servants to saddle it so that he might have the honour of mounting it first.

The servants saddle and bedecked the young horse as best they could, and Adrian mounted. He rode out into the fields where he spurred her into a gallop. The horse stumbled; Adrian fell, breaking an arm and a leg. Then he woke from his dream.

He was wet with sweat. He could not sleep any longer. He got up and began to walk about the room, thinking. His breathing became loud and laboured. An attendant came into his bedroom and asked him what was wrong. Why had he got in the middle of the night, holding his head in his hands and thinking so deeply? "Go away!" he said. "Nothing is wrong with me. In the morning you will call Bryan Martin to me."

Bryan Martin was the man with the greatest knowledge of herbs at the time. He was also said to be able to interpret dreams. Bryan Adrian believed in him implicitly.

"Yes, said Martin, when he had heard Adrian's story.

"God has shown you what he has in store for you, as you can see from the dream. That foal you saw in the dream stands for your future wife. Just as you got to the market when someone had already bought the horse, so also will you be late in courting your future wife. You'll find that somebody had already betrothed her; but if you're lucky, you may still win her from the man. She is the only girl who is likely to give you a child. But when she has borne you a baby you will suffer so much that you will regret having gone against the will of God. In my opinion, it is best to let the matter rest as it is. Do not concern yourself with marriage. for you it was not written that way."

"Will God indeed let me see a son of my own?" Bryan Adrian exclaimed. If so, l do not care how much l suffer after that!"

"Remember this, Bryan Adrian; God is there to grant us our request."

"You speak truth, Bryan Martin. But how am I to know the girl?"

"You will have to search her. When you see her, you will know'.

'Thank you', said the rich man. "please take this money for explaininy dream to me.'

"No, Bryan. My father taught me never to accept money for practising my art. I go now'.

Adrian sat in his study. He heard a knock on the door and one of his servants came in and said; "In all the time l have lived in this town l had never before seen such a girl as l saw today at the gate of Bryan Javier".

"The one who lives down the road".

"But I do not think that Bryan Javier has a daughter".

The servant said; "Do you remember that about ten years ago Bryan Adrian has his daughter betrothed to a young man; this is the same girl who has now grown up".

"But why has she not been coming out of her father's house all this time?"

"Because Bryan Javier is very strict with her".

"Go then. Find out for certain who she is. l shall indeed be surprised if Bryan Javier, an old man, has such a daughter".

The servants made enquiries. They found that Bryan Javier was indeed the father, and that the girl's name was Mary. They came back and told Bryan Adrian. Adrian sent a message to the girl, asking her to come and see him. The servants went to the girl and gave her the message. She said; Who is this Bryan Adrian, and what does he want with me?"

"We do not know," said the servants. "He only sent us to fetch you'.

"Go and tell him l shall not come".

Now this girl Mary had been betrothed to Abraham Miquel ever since she was a mere infant. The man had put some money in a pot and poured water into it as a sign that both of them would grow up together as husband and wife. Both of them had loved each other deeply. She grew up to be very beautiful; so beautiful that her mother began to doubt whether Abraham Miquel was worthy of her.

The time approached when she would have to go to the home of Miquel, but his people were not yet quiet ready to receive her. It was during this time that Bryan Adrian's servant saw her