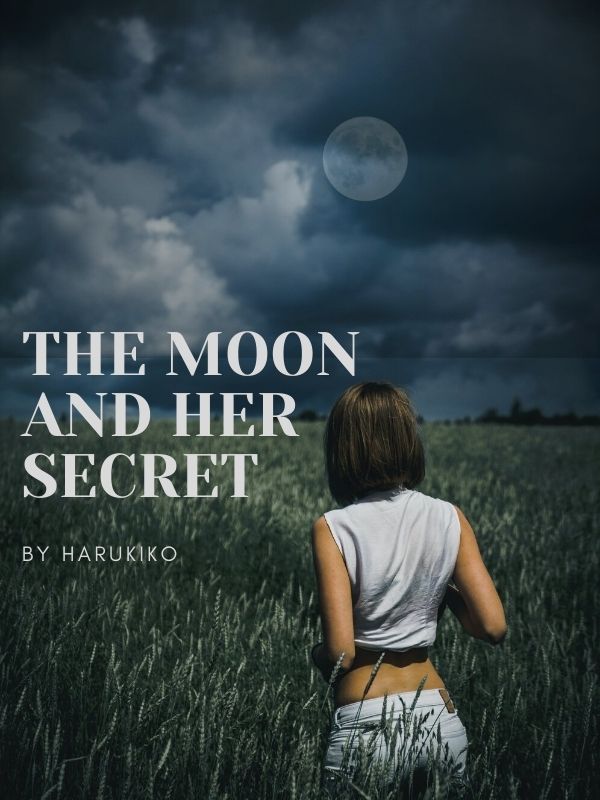 The Moon and Her Secret

Lana Danley lives her peaceful life in the small town of Rosecliff where she is a senior in high school. The mundane routine of her daily life is weighing on her as she can only dream of the day she graduates and moves to the big city. One night, during her shift as a part time forest ranger she finds an unusually large and injured wolf. She decides to help it by bringing it home to treat it's wounds. Later that night when she goes to check on the wolf, she finds instead her classmate, River Attwood, naked and glaring daggers at her. Soon, she is pulled into the mysteries of Rosecliff and its entanglement with the creatures of the night who rule over the forest, werewolves.

There is a recurring dream that often haunts Lana on the nights of the full moon. A vivid yet surreal dream of her standing in the middle of the dark and enigmatic forest. The moon is high and its silver hue illuminated Lana’s skin. Millions of stars decorated the night sky, resembling glistening tears around the moon.

Lana was enticed by it, her eyes fixed upon the celestial orb afraid that if she blinked it would disappear behind the approaching dark clouds. She can hear it calling to her, an ethereal voice getting louder the longer she stared at the moon.

As Lana reached her hand out towards the moon, she felt herself falling backwards. Freezing water engulfed her body, suffocating her as she drowned deeper into the darkest part of the river. She allowed the water to swallow her whole, finding peace in the deafening silence that followed. The deeper she sank, the more content she felt, as though all her fears and worries were washed away by the cold numbing water.

After a beat, she noticed something approaching her. A creature that resembles a wolf appeared before her, its icy blue eyes stared deep into Lana’s and without a warning it lunged towards her.

A knock on the door caused Lana to jolt awake. She felt the air her lungs escapes her body as though she was truly drowning. She quickly sat up on her bed, attempting to calm down by reminding herself that it was just a dream. An incredibly consistent and annoying dream that has tormented her all her life. She took a few deep breaths before turning to look at the clock on her bedside table. It was almost 6pm.

“Lana?” a voice from the other side of the door called out.

“C-Come in!” Lana announced, her voice heavy with sleep. She cleared her throat and pinched her cheeks to wake herself up fully.

The door was pushed openly gently as a familiar concerned gaze greeted her. “Are you alright?” Ray asked hesitantly.

Lana offered him a weak smile. “Just a weird dream.” she sighed.

Ray walked towards her bed and sat on the edge of it. He placed his hand on her shoulder reassuringly and gave her a sympathetic smile. “Do you want to talk about it?” he asked.

Lana shook her head as she placed her hand above Ray’s. “I’m fine now!” she beamed. “Are you done with work?”

“Yeah, I have to go back later but I did promise you that I’ll come visit your parents with you today.” Ray said as he stood up. “Are you still up for it?”

“Of course, I am,” Lana smiled, trying her best to ignore the heavy burden suffocating her chest.

Lana studied Ray’s expression as he enthusiastically talked about the new episode of the TV drama he religiously watched. Even after 10 years of living with him, she can never get tired of how Ray’s brown eyes seem to glisten like polished amber under the sunrays. His dark skin seemingly gives off a brilliant glow under the sun which makes him resemble an otherworldly being. Lana frowned at how unfair it was that this almost 40-year-old man had such perfect skin.

“You’re doing that thing again.” Ray said, his eyes fixed on the road as his index finger tapped rhythmically on the steering wheel.

“What do you mean?” Lana asked innocently.

“Hm? Are you saying I can’t stare at my lovely guardian?” Lana teased.

Ray made a face. “You’re only this nice to me when you want something.” Ray sighed.

Lana let out a soft laugh. “Please, I’m always nice to you.” she said as her attention turned towards the bouquet of pink camellias on her lap.

Lana instinctively turned to look at the window. The sun was setting yet she could see dark clouds approaching. “Looks like rain to me.” She commented.

The mention of the full moon brought back memories of her dream. Lana never understood the significance of that dream. She tried to talk about it with her friends but they would often shrug it off by claiming that it was because Lana was born during a full moon.

“Ray, you’ve been a forest ranger all your life right?”

“Have you ever encountered any wolves in the forest?”

There was a silence that followed after Lana had asked the question. She glanced at Ray who was not even trying to hide the fact that he was frowning deeply.

“Why do you ask?” Ray finally spoke.

After many years of living with Ray, she knew that her guardian had one flaw--she knew he could never lie. His tell was simple, he would divert from the original question in his attempt to change the subject.

“Forget it,” she said as they turned into the parking space of the cemetery.

The two walked in silence as they approached Lana’s parents' tombstones. Lana was grateful at how the tombstones were already cleaned and a collection of colourful bouquets decorated the surrounding area.

“Looks like the others paid their respects already.” Ray commented as he kneeled in front of the tombstones to place his own bouquet.

In this small town of Rosecliff, everyone knew everyone. Her parents were well loved by the townspeople and somehow Lana often envied those who had fond memories about her parents. They died when Lana was young and all she could remember of them were their faces from the pictures Ray had around the house.

“Ray, do you miss them?” Lana suddenly asked as her grip on the pink camellias tightened.

“What kind of question is that?” Ray let out a gentle laugh. “Your father and I were best friends, almost like brothers even. Both of them were basically family to me. Not a day goes by without me missing them.” There was a glisten in Ray’s eyes. He closed his eyes and silently prayed.

Lana stayed silent, not wanting to interrupt Ray. A strange jumble of emotions were coursing through her. She felt guilty that she did not share Ray's sentiment. She felt angry that she never had the chance to spend time with them before they died. But most of all, she felt an incredible sense of loneliness.

Lana looked up, the sun was fully out of sight now as the orange sky slowly dimmed. She could see the outline of the moon between the passing dark clouds. She scoffed. Just looking at the moon was enough to make Lana feel a mixture of anger and anxiety consuming her.

“Lana?” Ray called. “Is something wrong?”

Lana smiled. “Nope. I was just thinking of something.”

Ray stood up and approached her. “Um, I’ll let you have some time alone with them, okay?”

“Thank you, Ray.” Lana said as she walked past him and kneeled in front of the tombstones. She placed her flowers between the pile of bouquets. She could hear Ray’s footsteps getting further and further until she was all alone at the cemetery. “I-” Lana muttered. The words seemed to disappear from her tongue. She then let out a defeated sigh, acknowledging that even after all these years, she never really knew what to say to them and that fact alone was eating her up inside.