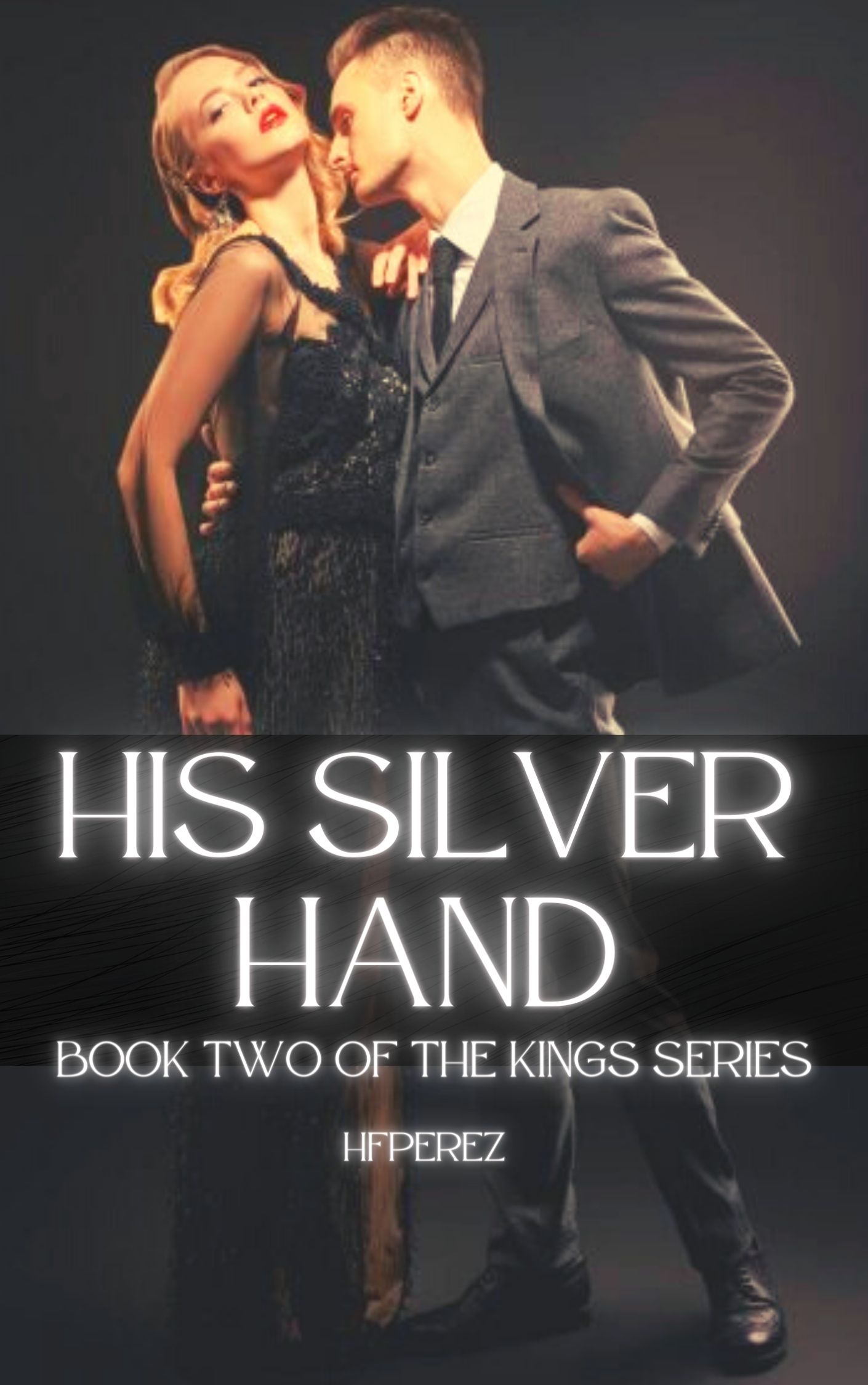 His Silverhand (The Kings' Series)

She is the epitome of joy. Bubbly, adorable, and innocently sweet. All her life she had devoted herself to caring for her loved ones. All of a sudden, her dreams came true. No, there's no time for love. Food is her romance, cooking is her passion. But what if, unexpectedly love comes knocking on her door? Will she run or stay? He doesn't care for a mate. In fact, he doesn't care for romance at all. His energy is too much drained from managing his realm. He doesn't even have the energy to bed a woman. But what if, unexpectedly he meets his silver hand? Will he fight for her or let her slip through his fingers? Mature Content (18+) Explicit Language

The Three Sisters
11 and A Half Years Ago

"Rie, please don't forget Mish's vitamins. She will need that for her lungs. I will be out until lunch. When I get back, I'll bring us something to eat. Stay safe, sis."

Her sister Anna pulled her close and embraced her lovingly, soothing her and at the same time drawing strength. Rie gave it without second thoughts.

Anna bent down to kiss Mish's pale cheek. "Lock the door to our room and don't come out until I get back."

She smiled and nodded. "You take care, sis. Don't worry about us. We'll manage." They always do.

Anna smiled tearfully. She loathed leaving her and Mish by themselves but she had to work to feed them. At barely fourteen, she shouldn't be burdened with taking care of two minors -- she's a minor herself -- she does it anyway. Without reservation.

All three of them should be in school. They couldn't afford it. Mom had died a few months ago and they were adopted by a crack-addict aunt and her pervert husband.

Rie hated that vile man. He has touched her in places he shouldn't be touching. She managed to escape every time. But for how long? Her skin prickled at the thought.

Anna never knew. The trauma, the helplessness she felt and experienced at the hands of their uncle. She adamantly refused to add more burdens to her tired shoulders.

After some time she decided to risk it. There was a battle going on in her tummy and Mish was hungry. She couldn't hear anyone outside their cramped bedroom. It should be safe for her to venture out.

No one's in the kitchen. She managed to sneak and cooked three fried eggs and toast some leftover bread. She went back to their room as silent as a mouse.

Mish needed all the nourishment she could get. She was very thin and sickly.

She fed her sister and ate whatever was left on the plate. The plates could do some washing but she'll do it later when she was sure that the devil was not around.

The warm body cuddled closer, making her eyes droop. She looked so small and fragile despite her age. More like a toddler than seven years old. Rie grimaced. Her heart throbbed in pain. She loved her sisters more than anyone else. Including herself. She had always always put them first. At her age, anyone would it was too much but she didn't give a damn.

Drifting to sleep with a smile on her lips. She woke up to pans banging on the stove. What the...

He's back. And by the sound of it, he was either as high as a kite or he was boozed. She was counting on the latter. He'll fall asleep in no time.

He was whistling an off-key tune. Damn! He does that when he was alone. She shuddered in fear, it was a sign that he wanted to touch her.

Goosebumps traveled through her skin. Her eyes were round like saucers and her ears were sensitive to all the sounds he was making.

Rie ran to their door and locked it. The small clock on their wall says it was half-past one. Anna should be back at any moment.

What if he will go for her sister? Tears began to stream down her face. She held Mish in her arms. Thank God, their youngest sister slept soundly.

"Anna, my beautiful girl, you're back." She cried harder. His leering voice was clear and steady. It meant he was high.

"What do you want?" She could hear her sister's voice quaver.

"Aww...come kiss your Uncle." She heard his lewd smacking sounds.

"No! Stay away!" Her sister's voice was hysterical and edgy. Rie sobbed. He wanted Anna, too.

Desperate to save her, Rie sped out of the bedroom. His uncle had Anna by her hair and she was weeping in pain. Twisting and squirming. Trying to get away from his touch.

"Rie, come join us. You want me to touch you again, little girl?" Her body shuddered at the memory. She wanted to puke then and there.

"What did you say?!" Anna shouted in outrage. She had never seen her sister so angry. She thrashed from his hold, kicking and biting.

Losing patience his uncle threw Anna away like a ragdoll and came after her.

Running was futile. He was fast and had her caged with his meaty hands. Holding her on his lap, her body stiffened when she felt his vile thing poking her.

"No!" Her whimpers did nothing to stop his palms roaming all over her small body. He laughed, pinching her skin.

Suddenly, it all stopped. His hold slackened and she fell out of his arms.

Anna has a thick pipe in her small hands. She struck it again and again -- anywhere she could reach -- her sister didn't stop until he was on the ground groaning in pain. Rie took another pipe and struck him as hard as she could, giving vent to her anger. He was unconscious by the time her strength left her.

"Rie," she blinked dazedly at her sister's soft voice and anchored back to the present.

"Mish is awake. Get her. We are leaving." Anna bid her firmly. Although she shivered in fear, she was focused on them. On their situation. Taking a firm grasp of it.

Rie picked up her youngest sister and bundled her warmly, soothing her, and letting her fall back to sleep.

Anna joined her to pack their meager belongings. Rie was still in shock, occasional shudders made themselves known.

"Where are we going, Anna May?" She whispered.

"Somewhere safe. I have enough money to get us there." Anna was frantic, guiding them out. "We don't want our aunt to catch us. That woman could be here at any moment. And she's as cruel as they come."

Trusting her, she nodded her head. Anna will always take care of them.

With Mish in her arms and Anna carrying all of their bags, they left the hellhole that was their home.

And never looked back.