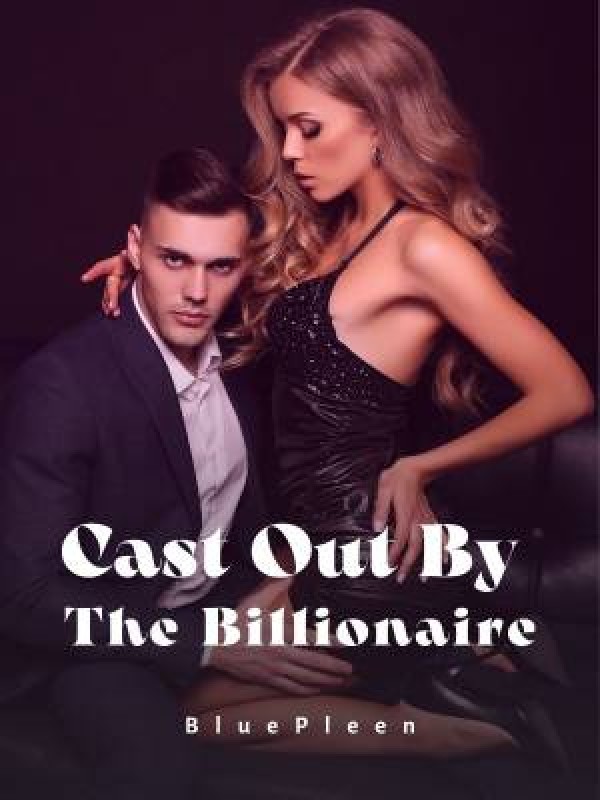 Cast Out By The Billionaire

The man cast the woman out and the woman cast their baby out. They grabbed her by the hair and dragged her into a dark room that reeks of urine and cigarettes. Undeniably, the pains were suffocating. When she stared at his dark eyes, the only thing she saw was darkness.‚Let go, let go of me, you bastard!She shouted out. That only made his mighty five fingers appear on her face. Which sent her head spinning on her neck.He made her kiss the earth. And slowly breathed in her face.‚Your life ends here....his voice was deep baritone and cruel and that was when she felt the shivers down her spine.How did the nerdy Elina find her way into the merciless billionaire‚court?

Elina Brooke instantly pick up the tray containing the customer orders. How she hates Saturday, the diner was mostly occupied with teens. And most times were her mates from high school. Now in college. Flirting around here and there. Without the slightest shame. Or maybe she was just jealous, neither of them had swung their head around to look at her the second time whenever she walks past, their eyes were always down whenever she attends to him and when they stare at her, it come a withering glare. And a disgust look.

Mondays were more better, though It was always long and tedious and customer were mostly grouchy. And she received less glare and nothing seems to ruin her mood. Except her sassy boss. Lady Carol.

Well. She had come to accept her fate.

Hurrying towards the table at the corner of the diner where the order was been made at that moment one of the departing customers, pulled out of a chair and stepped backward without looking. Crushed into Elina, sending her careening to her to the right. And face down unto the next table. The tray slipped from her hands and splitters on the ground. She fell on the table, grateful the plate on the table were empty. She observed the water and coffee jolted wildly, while the plate skidded to the edge.

The Man on the table took the brunt of the accident as hot and cold liquid sloshed on his thigh and tie.

"I'm so sorry" she apologized to the man as he leaped off from his seat. With a glare, brushing the pants.

"Oh sorry " muttered the coward who'd bumped her. Those stupid teens. He hurried away leaving her to face the wrath of the angry man.

"Are you that clumsy?"

A napkin was thrust into her hands. She carefully blotted the the man's tie.

"It wasn't her fault, someone crushed into her."

She swung her head around in recognition of the voice. And she met his cool gray eyes of the person who gave her the napkin.

"Raymond!" That was all she could say out of surprise, she couldn't think of any other word, he doesn't visit the diner on Saturdays.

Raymond was the very attractive friend of Elina, the only one she had keep so close or he had kept her close. Her childhood friend. Their mothers had forced them to be friends, even their mothers ain't friends anymore but here they are still friends after ten years. He didn't like Elina at first Because was fat. And unattractive. With her glasses. He teased her and made fun of her. But she was smart and was always helping him with school work. That was probably what got them sticking together. So she could help him pass his grades.

"You should leave." She jabbed him on his back. A signal to leave now. Pronto! He did. But he didn't leave the diner. He waited outside. Waiting for her to be done with her shift. It was just an hour left.

Without another word, her hand went directly to her cheek. Twice!

"What is wrong with you?"

Then she turned to the customer. Apologizing to him. And the other customer whose order didn't get to him. But got devour by the cold floor instead.

"Get rid of that mess on the floor!"

She had no choice but to comply, squatting, she picked up the broken glasses and cups and the plate both the ones on the floor and the table, put them all in the tray and shamefully walked away into the kitchen and return with a wipe and began scrubbing the spot. Luckily for her, her glasses wasn't broken but sustained a little crack. Nevertheless she still had to get it replaced.

"Are you okay?" That was the first thing he asked, when he spotted her coming out of the diner, holding her handbag. She back on her causal wears since she had taken off her uniform. Her skirt were buggy and long down to her feet. Her glasses were almost covering her face, he wasn't new to her type of dressing, but still gets to him every time.

He laughed. And stretched out his hands for a hug which she gladly accepted falling into his arms.

She pouted. Earning another laugh from Raymond. As they disengaged.

"Am not sure you wanna know that." He winked.

"You're so full of yourself Ray."

"You've been so busy, there hasn't been a chance to see you these days...."

She sighed and leaned on the railing.

He was in college already, making her jealous she wasn't.

"Yeah, That's What have been saving for

Am alone now, you know that." She didn't say more than that, he knew that wasn't a topic he should trend on. So he let it slide. And place a hand over her shoulders.

"I'm having a sleep over at your house tonight El. Movie night"

"Ewww, no way, you ate the entire cereal in the house, drink up all the soda. Decided to watch an horror movie. And left my house empty of stock. Leaving me with nothing. Just a night you spent. Am not doing that with you again."

She pat her head. Like a pet. Then stroke it. And smile down at her.

"What are friends for?"

"Then I stop being friends with you. Humph!" She pulled his hands of her shoulders and walked ahead of him.

"I know you miss me." He chuckled. Running up to catch up with her. His hands went to her shoulders again. Humming to her favorite song which he knew she couldn't resist.

"Yeah yeah." She said sarcastically. And they walked further into the street. Until they were completely, out of sight.

The wooden plank squeak as they crossed the front porch. She opened the door, letting him in. He survey the room, just like the first time he came here. It was small and awash with blue. With a door adjacent to the kitchen, which was her room. The room was clean and neat. He settled down on the couch. Facing the TV set.

She dropped her bag, taking off her shoe. She went into the kitchen and held up a questioning glance. He nodded, and she poured them each a cup of coffee.

Taking the spot next to him.

She nods, taking a sip from the coffee. And breath out.

"I hate saying it but it is what it's"

His hand snooped around her again, placing her head on his shoulders.

"Am always here to help."

"I know that, cause the next morning you're traveling to Miami. And you phone would be unreachable till you're back."

"Am gonna be around for the next couple of months." He stood up, unannounced, leaving her head falling on the couch.

Dropping the empty coffee cup on the table, opened the fridge, bringing out five bottles of beer. Lifting them up, so she could see them.

Returning to her side, she had the Tv switch on, looking for a particular movie to watch.

"No, something else." He set the beer on the table and uncap one for himself and Elina.

"And certainly not a Korean movie.." He chugged down the liquor.

"Are so annoying Ray. You should do this yourself instead."

He didn't hesitate to jump out of the couch, pulled her away from her TV set, and took her position, finding the movie contrary to his taste. And the perfect movie for tonight.

Nobody sleeps in the wood.

Returning to his spot, he held the bottle of beer and drink from it.

He turned to her beside him. Already sleeping. Her head falling, he lay her properly on the couch. And sat beside her. Taking off her glasses. And admire her for a while. Elina was one weird girl he knew. Who became independent before she clock sixteen. His fingers lingers on her face more than he intended.

Withdrawing his hands, he slide to the ground, drinking.