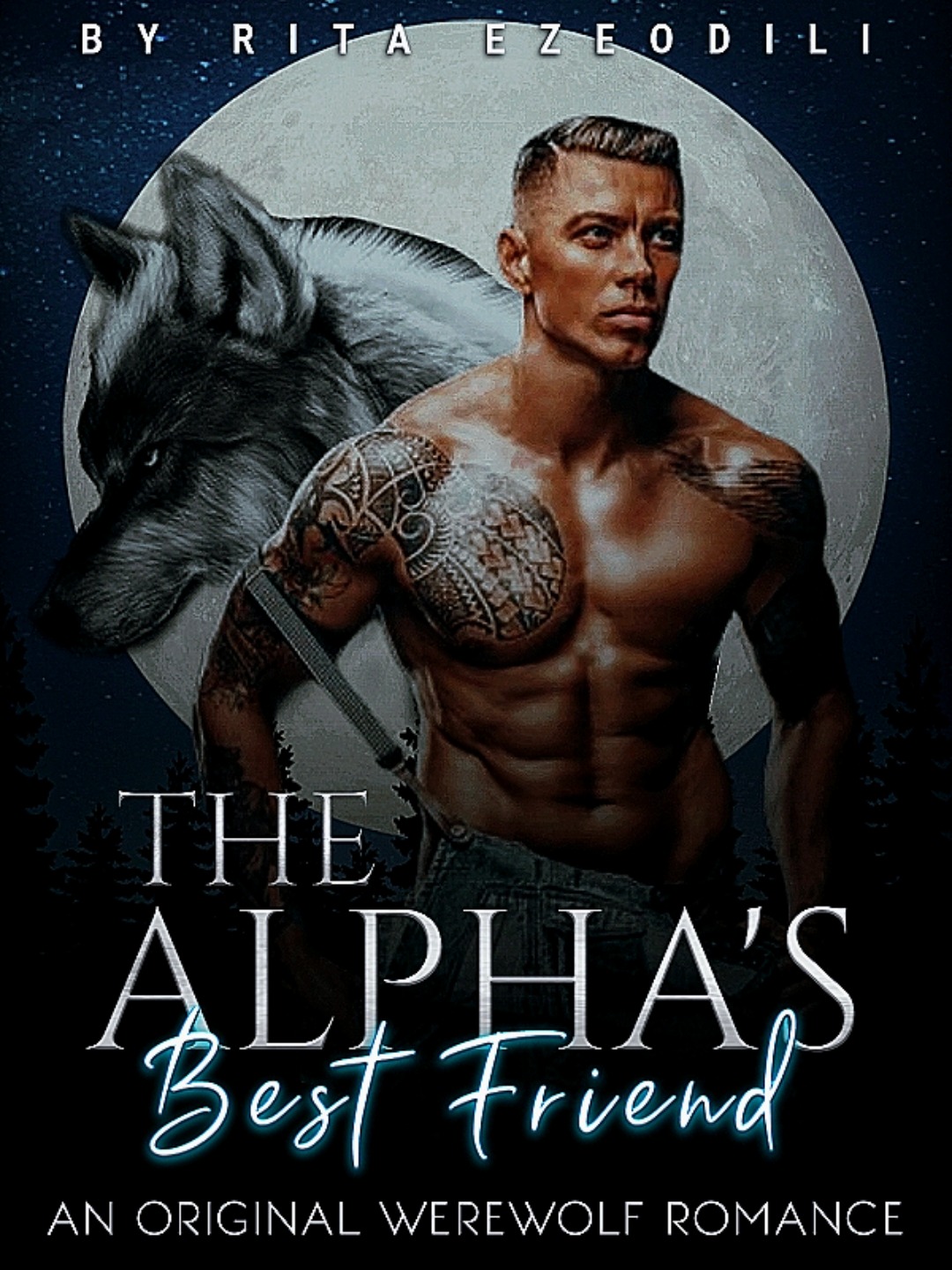 Alexa Hill has had a long crush on the Alpha of her pack, Ryder Gilbert since her teens. But whatever she did, it seems Ryder would never notice her. Suddenly, Damien Hill—Ryder's best friend—walks into the picture. There is an instant attraction between the two, but Alexa is bent on denying it. This is till the night before her twenty—fifth birthday when she decides to give into her desires. But the next day, it is revealed that Alexa is the Alpha's mate. Alexa is left torn. The moon goddess finally answered her prayers, but now it seems Ryder was no longer the man of her dreams.

Alexa didn't know how to express her disappointment and frustration. She offered to serve at the palace not because she wanted to, hell she hated cleaning and was even crowned by her parents as the laziest child of six, but still she had taken the position as a cleaner in the palace, simply to get the attention of the Alpha. It's been a week since she resumed her duty as a palace help, and she had only come across the Alpha once.

"I'm thinking of quitting," Alexa blurted out to Heidi, a fellow help who has become a friend in the short period she has been at the palace.

Heidi was a woman, only older than Alexa with a few years and had fast become friends with Alexa. Unlike Alexa who grew up in Raven, Heidi came from Crescent moon, a park in the far East to take refuge in Raven after she had been wrongfully accused and was ostracized by her people. Alpha Ryder was a kind man, he had seen good in her and took her in, even offering her a job in the palace. She looked over at her new friend who was staring at the plate she was scrubbing like it was her worst enemy. She smiled, shaking her head. She thought Alexa to be a strange character. "Are you joking?"

"Does it look like I am?" She sighed and faced her friend fully. "Heidi, do you know what I studied in college?"

"What?" Heidi asked although she already knew, and she knew what was coming after it.

"Medicine!" Alexa exclaimed throwing her hands in the air. The soap surd flew out of her hands. A few landing on her blonde curls and others on her face. She squeezed her face when she tasted the bitterness of the soap on her tongue. "Ewww," she muttered to herself and faced Heidi again. "I even graduated with a first class. I should be out there, looking sexy in my white uniform, but here I am, washing dishes because I'm trying to get the attention of the Alpha."

Heidi chuckled. "I know, you are crazy. Alexa, it doesn't matter how hard you try. Another man out there? Sure, if they truly love you, they would be willing to be with you even if you aren't their mate. But the Alpha is of royal blood, everyone knows it's a taboo for him to mate with anyone that isn't his mate—anyone or a crazy stalker like you."

"I am not crazy, I just stalk him—I wouldn't even call what I do stalking, I'm just satisfying my curiosity."

"Sure..." Heidi said slowly. "Well, I would advise you to stop going to places you aren't supposed to be or you might get fired before you even have the chance to quit. I get that you want the Alpha, every fucking woman in this town does."

Alexa thought about it for a few minutes. She knew Heidi was right. Hundreds of young women just like herself have tried to get the Alpha's attention, some were even far more educated and attractive than her and still, no one had succeeded. It would indeed take a miracle. "His mate is going to be so lucky. If only I could get at least one night with him before he meets her." She let out a dreamy sigh.

Heidi chuckled, a memory crossing her mind. "You know, one day I was taking fresh towels to his room when he was taking a bath. I might have delayed a little bit and ended up walking in on him with just a towel on."

Alexa jaw fell, her eyes wide open like saucers. "What?"

Heidi giggled. "It was tied low, really low. I couldn't see it, but I could tell, he's huge."

"Please, keep that information to yourself before you ruin me further." The two women burst into laughter. Just then, the doors were kicked open and a woman, who looked two decades older than them ran in. She was breathing heavily, and looked panicked.

"Alexa, are you still on that?" She asked, hurrying to where they hung their aprons. "We have a lot on our head. Heidi, wash your hands and go gather the girls, we are working overnight." The two women jaw fell when they heard that, but the woman didn't stop and continued speaking fast. "I was just informed that the Alpha is expecting a guest tomorrow." As she finished speaking, she tied the apron behind her and faced the women who were looking lost.

"So what?" Alexa asked. "Martha, you are acting like it's the end of the world."

Martha sighed, wiping beads of sweat from her forehead. "It's not just any guest, Alexa. It's Damien Hill, the Alpha's best friend. He's going to be here tomorrow and the Alpha will be throwing a grand party to celebrate his welcome."

"And why are we hearing about it now?" Heidi asked. "I don't want to sacrifice my sleep for the Alpha's guest."

"Do you want to go tell him that yourself?" Martha asked. Heidi looked away, remaining silent. "I thought so. I was informed that Damien had informed the Alpha he wouldn't be able to make it, but now he has changed his mind. Listen, I'm just as annoyed as you guys, but that's why we signed up for this—"

"You know." Alexa wiped her hands clean on her apron and stood up from the stool she had been sitting on while washing the dishes. "I was just talking to Heidi about quitting. I don't think this job is cut out for me."

Alexa frowned. "Why not?"

"You signed a contract, remember? You have to work at the palace for at least four weeks. You have only been here for a week."

Alexa understood now why it was stupid to sign a contract without reading it first. "Great."

"So, are you girls ready?" They grunted in response.

Martha had decided to have mercy on Alexa and gave her the simplest work that night, mostly because she wasn't ready to spend the entire night listening to Alexa complaining. The night was slow and stressful. The helps in the palace put in their all to make sure everything was perfect while the Alpha's bloodline slept peacefully in their majestic beds. It made Alexa a bit annoyed when she thought about it. She knew what she signed up for when she took the job, but still, she couldn't handle it.

They worked till the early hours of the opening, when Martha finally decided it was time to take a break. Alexa could barely walk, she stumbled around, eyes half closed while trying to find her room. The second she got in, she collapsed in her bed, and fell asleep the second her head touched the bed.

Alexa woke up when she felt a tap on her lap. She opened her eyes to find Heidi standing before her, a sour look on her face. It was enough to ruin Alexa's mood for the morning.

"Martha asked me to wake you up. We need to get to work."

"Work?" Alex frowned. She reached out for her phone and took a quick look at the time. "But it's barely been two hours since we were told to go rest. We work throughout the night to sleep for only two hours."

"If it makes you feel better, Martha said the Alpha promised to add a twenty percent increase in our salary for the money."

Alexa sighed and pushed herself up. "Twenty percent is nice...but is still not worth my sleep."

"Oh, get your lazy ass up." Heidi smacked her before walking away to get ready. "You know, there's a good chance you will be running into the Alpha a lot today, so if you want to get his attention, you better start getting ready."

Alexa chuckled. "Do you really think I have a chance with the Alpha?"

It was going to be a long one, but Alexa was ready for the day.