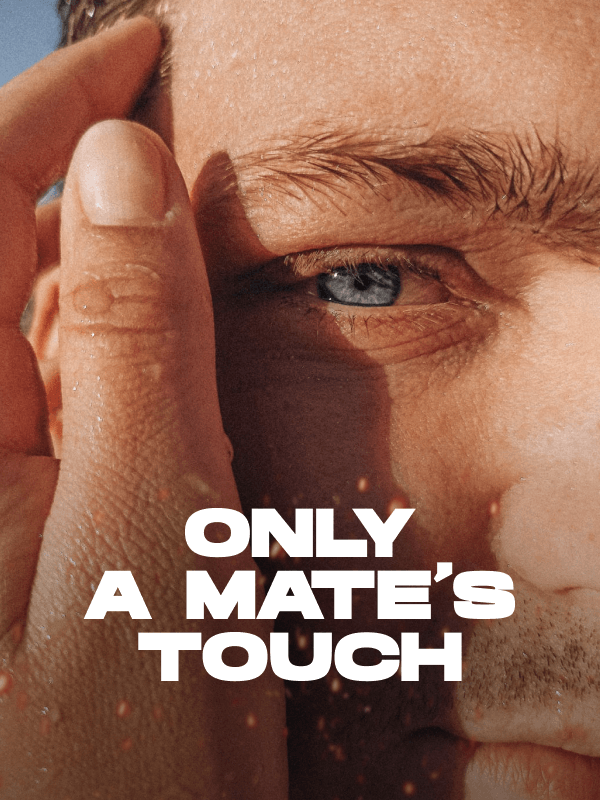 Only a Mate's Touch

Only two who are truly destined for one another will find a way to stitch together the ragged edges of their souls and become complete. Shaun has been perpetually unlucky in love. None of the women he meets are his mate…but that doesn’t stop him from finding enjoyment with those he becomes close to. All that changes on the day he meets Meeghan Nicholson, a new deputy for the town of Stonepass. Shaun recognises that the feisty black-haired beauty is the one he’s been searching for all his life. So it’s a shame that the woman hates him on first sight. Now a man who’s always been known to speak before he thinks must sweet talk his way into his mate’s arms. Meeghan is tired of men who think that because she’s a woman they can get her to do whatever they want. Her body might soften at Shaun Colfer’s seductive touch, but she refuses to let her heart succumb to the sneaky shifter. Can Meeghan calm Shaun’s tempestuousness? Can Shaun crack the shell surrounding Meeghan’s heart? It just might work…but only with a mate’s touch.

Shaun looked across the table at his dinner companion and sighed inwardly. The woman was nice enough, pretty even, but there was no spark between them. Nothing. He hadn’t gone into tonight’s date expecting to find his mate, but to be able to pass a few hours in mutual pleasure would have been nice. He should have known not to go along with Cooper’s blind date shenanigans. The man may have been one of his two best friends and claimed to know Shaun better than he knew himself, but Mister Would-be-Cupid’s arrow had definitely not flown straight in this case.

He smiled and took a sip of his water, trying to follow along with the chatter coming at him from across the table. The woman hadn’t stopped talking for the last twenty minutes. Not one pause to even let Shaun respond or try to turn the subject away from her cat’s playful attempts at escape from her apartment. He tried to conceal the shudder that rippled through his body at the thought of trying to share a home with a cat. So not going to happen. He was going to kill Cooper for this in the morning.

His dinner companion flipped her hair over her shoulder again, and Shaun couldn’t help but follow the path her fingers trailed down her neck. She started to play with the pendant sitting low on her chest, right above the pushed up mounds of her breasts. They were nice breasts if you liked them artificially full.

“So would you like to go back to my place for a night cap?”

Shaun’s head jerked up at the invitation. She was offering sex. He knew it, she knew it. He could take her up on it. He loved women—loved their soft bodies, the way it felt to sink inside them and feel them climax in his arms. Lately he hadn’t taken the time to explore the more pleasurable aspects of life, not with the turmoil currently racking all the lives of those close to him. It’d be nice to escape for a few hours, but Shaun didn’t have it in him to lead her on. Her offer provided an opportunity for physical release, but he simply couldn’t drum up the desire to sleep with the woman, which was a rarity for him. Maybe he was more depressed than he’d thought.

“I appreciate the offer, but unfortunately I have to get back to the office. I left the payroll files unfinished earlier, and there’ll be a mutiny if my staff don’t get their pay checks on time.”

Her pink lips dipped into a little pout and she sighed.

“Well I guess that’s understandable. I know I’d be upset if I didn’t get paid when I should. Maybe another time? I really did have fun tonight and, well…you are one sexy wolf.”

She’d had a good time? Really? He pasted on a smile but slid his hands back when she reached across the table. “Thank you. I…it was an evening to remember.” He stood and went around the table to pull out her chair. There was nothing to prevent him from being a gentleman to the end. Shaun prided himself on always treating his dates right.

He walked her out to her car and gave her a quick kiss on the cheek. “Have a nice night.”

“You too.” She placed her hand on Shaun’s shoulder. “I’m not going to see you again, am I?”

Shaun’s shoulders dropped a little. He felt bad that she’d seen through his attempt at a polite rebuff. “You’ll see me around, but…”

“No mating magic, huh? You know, that’s okay. I don’t mind if I’m not your mate. We could still have a good time together?”

Well, shit. How do you politely tell a woman that you’re just not that into her?

“We could, but I’m beyond the point in my life when I’m looking for a good time. I don’t want to lead you on, or prevent you from finding the person you’re supposed to be with.” There, that sounded good, right?

She smiled and gracefully slid into the driver’s seat of her car. Shaun gently closed the door and stepped back. The window lowered.

“That was probably the best turn down I’ve ever been given. Thanks for being so nice. Your mate will be a lucky woman.”

Shaun nodded. The quiet hum of the electric motor broke through the silent summer night, and he watched his date drive away. When he thought she was a safe distance from the restaurant, he let out a sigh of relief. He scanned the parking lot for his truck and quickly walked over towards the blinking headlights as he disengaged the security system. In Stonepass you really didn’t need more than a lock on your doors—and many didn’t even use that—but he’d bought the truck with the security measures already installed, so he figured he may as well make use of them.

He stepped up into his truck and removed his comm unit from his wrist. He unfolded it and opened up his instant message application. A few taps and he’d pulled up Cooper’s contact info.

Shaun touched the biometric panel that told the truck to start. His dash screen came on when it picked up the presence of his comm-unit in the truck. A few seconds later an alert popped up, notifying him that he had an incoming message.

“Why! Cindy’s nice. What went wrong?”

“Reply to message. What went right? She never stopped talking. Like never. I had to listen to twenty minutes of how her cat likes to eat lunch meat from her fingers. Gross!”

“Yeah, I’ll just bet you didn’t know,” Shaun grumbled. He pulled up to the exit of the parking lot. Should he turn left and go to the office, or right and go home? While the payroll bit had been an excuse, there was always stuff he could do. Since Jaryn had handed over management of the pack’s finances to him, Shaun was always in the middle of one balance sheet or another. Not to mention there were some details for the contracting aspect of his and Jaryn’s business which needed to be dealt with for their latest projects. He should probably check on some items of pack business that Jaryn was supposed to take care of before leaving town for a council meeting, but had most likely forgotten to complete. Since the kidnapping of Jaryn’s brother Charlie a month ago, his Alpha had been understandably distracted.

When he and Jaryn had breached Adam Broyles’ compound in Wisconsin last November, Shaun had been confident going in that their strike would put an end to both the mystery of the missing shifters as well as the drama surrounding their pack. Unfortunately, while they had rescued all the hostages, Broyles had managed to escape. Jaryn, Cooper and Shaun had known their foe would strike again, but never had they imagined he would go after someone completely unrelated to the raid. Jaryn was completely devastated at the knowledge that his failure to kill Adam Broyles had led to his little brother’s torture and, most likely, death.