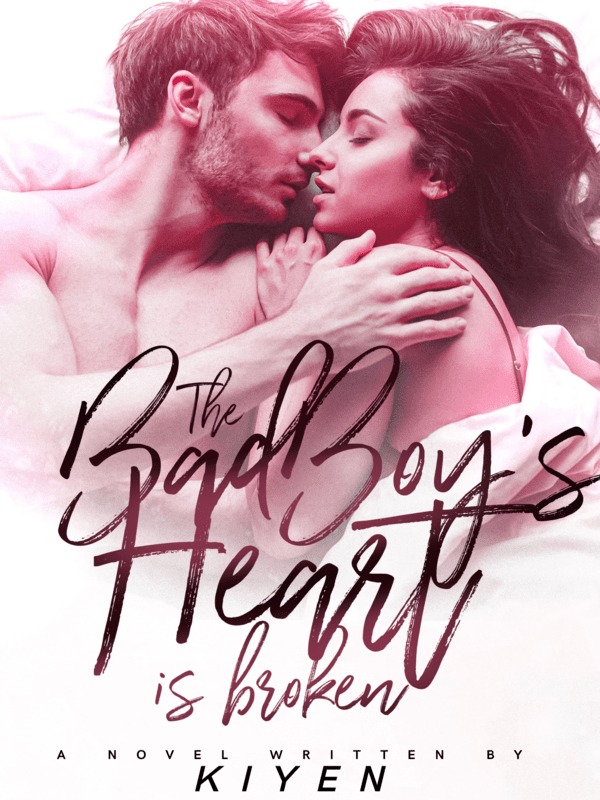 The Bad Boy's Heart Is Broken

He was a bad boy swimmer while she was an innocent aspiring chef. She broke his heart and he was left wondering why. She was his world and life - his everything. She successfully changed him to become better, but when they were already doing well, she suddenly betrayed him. Worse, it was with a friend he knew too well. But no matter the reason, he will never accept it. He would rather die than completely break free from her. Feeling betrayed and broken, the famous bad boy emerged once more, deciding to claim his possession back. She has been his and forever she shall be. The bad boy's heart is broken and only she can mend it.

Mouth hanging open and tears slowly rolling down his face, Zachary was left frozen in his feet, unable to take his eyes away as he watched his girlfriend being pulled closer against another man's body. From the angle where they stood, Zachary could see them kissing, and the way their arms wrapped around each other showed they were intimate. That there was something going on between them.

Disbelief swarmed inside his mind to his soul, asking where he went wrong. Though despite the mixed confused pained emotion, the anger he felt surfaced as it pushed everything else away. He balled his hands into fists, biting his lip until it bled as he stormed his way out of Kathryn's apartment.

The sound of the heavy slam of the door should be enough for the two traitors to know he'd seen enough of the truth. The fucking bitter devastating truth.

Zachary shoved past everyone he met on the way to his own rarely-used apartment; the good image he had for the past three years blurring away from the pain that stabbed his heart over and over again. He just couldn't give a damn about it anymore.

Three years ago, he was just a bad, trash, good for nothing boy. He joined a fraternity, smoked, had sex with random people, took drugs, and had thrown punches at anyone he had seen too willing or too not willing.

Though all of it changed when Kathryn came. Because of Kathryn, Zachary has changed.

Now Kathryn, even Kathryn, his precious, loving Kathryn betrayed him.

Zachary screamed as loud as he could as his fists made contact with the mirrors and walls of his apartment. He began throwing everything his eyes could see all while shouting curses about Kathryn. His eyes were dangerously flashing a red glint everyone was scared of as they stared right at his own reflection on the remaining bits of the broken mirror. Drops of blood trickled down the floor from his fists.

Zachary heard his own heart shattering along with the loud crashing of the glass vase he had just thrown against the wall. He felt like his chest was being stabbed repeatedly as he slowly slid down against the wall, burning tears flowing out of his eyes like waterfalls. Each tear stung as it reminded him slowly of each day he and Kathryn had spent together happily.

Gripping onto his clothes, Zachary screamed his lover's name once more, feeling his lips and shoulders shake vehemently at the silent whispers of a repeatedly uttered ghost name.

Zachary was right. There was no such thing as love. He was a fool for trusting Kathryn. He was stupid for believing there is such a thing as love. Clearly, there wasn't. There will never be.

Love does not exist.

"Here, drink this," Earl looked down at his friend after placing a cold drink on the table. He watched as Zachary kept his eyes on the phone he was holding, body slouched on the chair, ignoring Earl. The dark circles around Zachary's swollen eyes declared he wasn't in the right state to be talking. And of course, Earl knew the reason why. The drunk calls he received from Zachary the past few nights told him everything he needed to know.

Fortunately, Zachary had stayed in his apartment the entire time. Earl wasn't sure if he was ready to come to pick up Zachary from the prison center again for different charges, from being in street gangster fights to reckless driving like he used to three years ago. Luckily, it seemed that Zachary had only drowned himself in alcohol and boxes of cigarettes. For Earl, it was still better than having his friend put to jail.

Earl sighed as he realized it would be a bit hard to be talking to someone who looked like shit. Suddenly, a group of girls Earl assumed was from the Ballet Team because of their bun-styled hair passed by.

"How dare that woman do that to Zachary... Hell, that cheater should be punished! God, I hate her so much!"

"I know right. The nerve that bitch has, showing her face like nothing happened!"

"Don't be too loud. I think they're heading this way too. I saw her with her new boyfriend."

"Whatever. One day I'm going to teach that slut a lesson."

They all laughed as they headed to the counter, giggling soon after when Professor Briggs, a handsome history teacher, came and bought a drink.

Earl sighed out, a bit pissed to hear such comments going around like they don't have anything better to do with their lives but gossip and talk about other people's lives. He was about to take a seat across the still heavily distracted Zachary when the glass huge double-door of the cafeteria flung open and let in two familiar faces.

Earl gulped as he noticed Zachary's head immediately shot up - like his ears suddenly twitched and perked up the moment he heard a familiar voice. Her voice.

"I'm not really hungry..." Kathryn said after a sigh.

"Come on, it's my treat," Chad insisted.

"Stop it. Let me treat you for today. Okay?" Chad insisted with a gentle smile.

Earl side-glanced at Zachary whose hands were balled up now into fists, his red eyes looking at the back of the two people they used to eat with every time their schedules would allow them. That, being the past three years, had ended just a few days ago.

Zachary's eyes grew more intense in anger and he was ready to attack the SOB when he felt Earl's hands on his shoulders, stopping him from whatever he was planning to do.

Brushing Earl's hands away from him roughly, Zachary stood up and began heading out of the cafeteria.

Zachary remained deaf over his best friend's words as he passed by Kathryn whose head was tilted to the side, avoiding a certain someone's gaze.

Zachary purposely brushed his own shoulder past Chad's right one, almost causing the latter to fall down the floor for the hard impact. Zachary smirked, Chad hissed. He was about to attack Zachary back but was immediately stopped by Kathryn's hands.

Zachary scoffed again, his mouth slightly open in disbelief. He couldn't believe what his own pair of eyes were witnessing: Kathryn's delicate hands were wrapped around Chad's arm. What a shameless way of coldly slapping Zachary again for her betrayal.

Glaring at the people around, Zachary spat his saliva down Chad's shiny shoes. The whole cafeteria gasped and paled in shock at what he did. Smirking in nasty victory, Zachary headed out.

EVIL ZACHARY IS BACK.