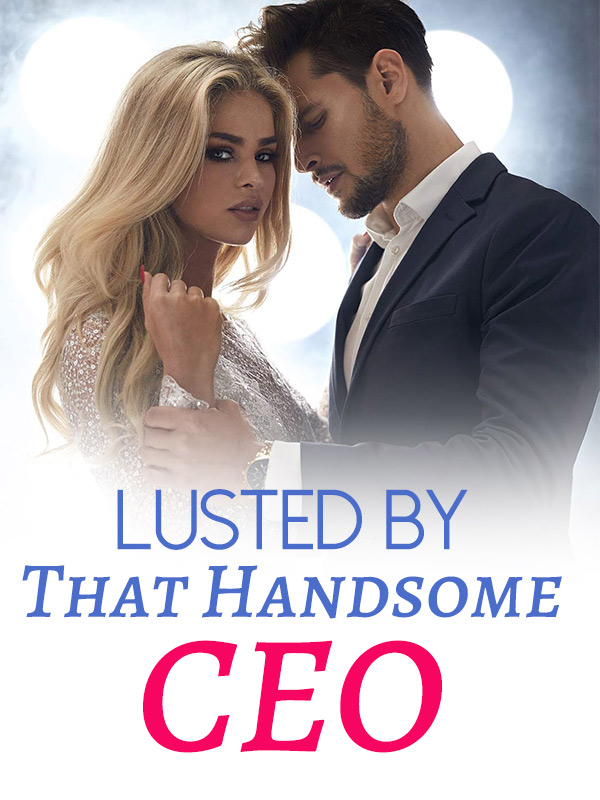 Lusted By That Handsome CEO

The most embarrassing moment of my life was the wedding of my father and his mistress, when I met that man, Aidan. Eventually, I fell for him and wished to spent the rest of my life with him. But Aidan said, Let's get married. And our marriage is only about money and sex." "Okay then." I accepted it. After four years, I felt desperate of our marriage and got divorced. But next time he met me, he said, "Marry me, Sara." "No, Mr. Foster, we're only working partners." I rejected him. Aidan pulled me into his arms, "Are you sure? But you son just called me dad."

I've never known that a person could be so shameless.

My mother was still lying in the hospital, yet my father was boldly marrying his mistress.

This was the scene that greeted me after half a month of being away from home.

Roses bloomed everywhere, and there was a buffet set out. The atmosphere was lively and harmonious.

I almost couldn't believe that the groom, who was looking unbelievably happy as he held a glass of wine, was my father, Giovanny Mcknight.

Half a month ago, while both my mother and I had been at home, he was on another woman's bed.

That woman was the blushing bride, Galilea Cooke. She'd practically grown up at my house and was only 4 years older than me.

My father hadn't even bothered explaining himself when we'd caught them red-handed. He'd just said that he would marry Galilea.

My mother had immediately jumped off the third-floor balcony and was still bedridden to this day.

The more I thought about it, the deeper my hatred grew.

My blood boiled. Hatred and rage swirled within me, and I wanted nothing more than to murder Galilea!

I barged into the banquet hall like a madwoman, grabbed their framed wedding photo, and smashed it on the floor. The glass shattered.

However, this didn't appease me at all. In fact, it made me even more furious. Ignoring the shattered glass, I grabbed the photo and started to rip it to shreds.

Giovanny stormed over to me, looking like he wanted nothing more than to strangle me. He roared, "Sara Mcknight, what the hell are you doing?"

I was so mad that my teeth were chattering. I glared daggers at him as I pointed at Galilea. "My mum's still in the hospital, and here you are, in such a rush to marry this b*tch!"

Galilea hurriedly rubbed Giovanny's chest, her eyes wet. She said, "Don't be mad. I can understand why Sara's acting like this. After all..."

I grabbed a glass of wine from the buffet table and splashed it all over her. "Galilea Cooke, do you know how shameless you are?"

I ran through all the curses that I knew, but none of them came close to expressing even a fragment of my fury. I gripped the wineglass tightly, wanting nothing more than to throw it at her.

Galilea screamed. The wine quickly dyed her wedding gown red, and she blinked helplessly, her tears streaming down her face. "I know you've never liked me, but we're a family now that I've married your father. Can you try to overcome your prejudice against me?"

Ha, she was pulling this trick again. What a hypocrite.

Since we were children, she'd always made herself out to be both aggrieved and forgiving. For people who weren't in the know, they would truly feel that I was the one picking on her.

We'd been in similar situations countless times. She was the one who'd slept with my father, yet here she was, acting all generous and forgiving, as though I was the one in the wrong.

I clenched my fists. My nails dug into my palms, but I couldn't feel the pain at all. "A family? I'd rather have a dog as my family than to have you!"

A sudden, hard slap caught me off guard and sent me falling to the floor. I could feel the shattered glass cutting into my knees, and I could taste blood in my mouth. My ears rang.

Giovanny pointed at me and roared, "Shut the f*ck up! You were the one who made such a big deal about never coming back here, weren't you? Get the f*ck out of here, then!"

This was my father. My actual, biological father.

I was stunned for several seconds. My fury was replaced by grievance.

I felt my sight becoming blurry, and I was close to tears.

The people around us pointed fingers and whispered among themselves. I lowered my head helplessly and closed my eyes, willing my tears away.

A shadow suddenly appeared next to me, and a man's deep voice rang out above me. "Sara?"

I looked up, and my heart skipped a beat. "Mr. Foster? What are you doing here?"

Aidan Foster was the vice president of a startup company. The last time I'd seen him, I wanted to confess my feelings to him. However, I'd accidentally found out that he already had a girlfriend.

Since then, I'd done everything I could to avoid him.

I never would've imagined that our next meeting would be under such sorry and humiliating circumstances.

I quickly wiped my tears away, feeling rather helpless. I wanted nothing more than to dig a hole to hide myself.

He was wearing a simple black shirt and trousers, and he looked elegant as always with one hand in his pocket. He said, "Aren't you getting up?"

Feeling a little nervous, I immediately scrambled to my feet, but I forgot that my knees were injured. I found myself falling to the floor again, unable to support myself.

However, Aidan quickly grabbed me and pulled me into his arms. His scent enveloped me, and I stiffened. I pushed him away. "Th-thanks. I'm fine."

He didn't show any sign of letting me go. In fact, he kept his arm wrapped around my waist.

Galilea looked rather flustered as she asked, "What are you doing here?"

Aidan said nonchalantly, "Mr. Mcknight invited me. I couldn't believe that you were the bride even when I saw your photo and name on the invitation, but here you are."

His tone was extremely indifferent, but there was an indiscernible emotion to it. I couldn't tell whether it was disappointment or something else.

Galilea bit her lip and looked tearful. She seemed to want to explain herself, but she ended up asking, "Do you and Sara know each other?"

Aidan's grip tightened around my waist, and I had no choice but to cling to him. I could clearly feel his trim and lithe muscles underneath his shirt. We were in such an intimate situation that I held my breath anxiously.

He rubbed my hair affectionately and said meaningfully, "Oh, we're much more than acquaintances."

His ambiguous words and attitude made my head spin.

"Aidan, you two aren't a good match. You don't have to do this just because..."

Galilea's gaze burned as she looked at him, but she immediately fell silent when she glanced at Giovanny.

Aidan smirked and said mockingly, "Because of what?"

I'd be a fool to still be oblivious to the situation.

I suddenly wrapped my arms around his neck and pulled myself onto my tiptoes so that I could press my lips to his. I never would've expected him to pull me closer to him and deepen the kiss.

My heart raced. I wanted to push him away, but he held me in place. There was a hint of warning in his actions.

Giovanny grabbed my arm, wanting to pull me away from Aidan. He bellowed, "Sara, how can you act so shamelessly?"

I shook him off and retorted, "I learned from the best! What right do you have to stick your nose into what I do?"

His face was blotchy with rage. He made to grab me again, but Aidan caught him by the wrist. He didn't bother concealing the hatred in his eyes as he said coldly, "Mr. Mcknight, it's your wedding today."

It was only then that Giovanny realised all the guests were staring at us. He shook Aidan off and glared at me, then said lowly, "Get the f*ck out of here, you shameless hussy!"

I was about to retort when Aidan swept me off my feet. I let out a surprised yelp and subconsciously threw my arms around his neck.

He lowered his head, smiled faintly and said to me, "Since you're not welcome here, I'll take you home."

His voice was very gentle, and his words made my head spin.

Giovanny's face was red with rage. He bellowed, "Sara, if you leave this place today..."

Without a second glance, Aidan left with me in his arms. The voices behind us gradually faded away.

Bitterness washed over me. This was my home, but I'd become nothing but an outsider.

After leaving the Mcknight family's villa, Aidan stopped next to a black Buick. It stood out like a sore thumb among all the other million-dollar cars.

Where was he taking me?

He looked at me indifferently and said coldly, "Are you going to cling to me forever? Don't tell me you're still caught up in our act."