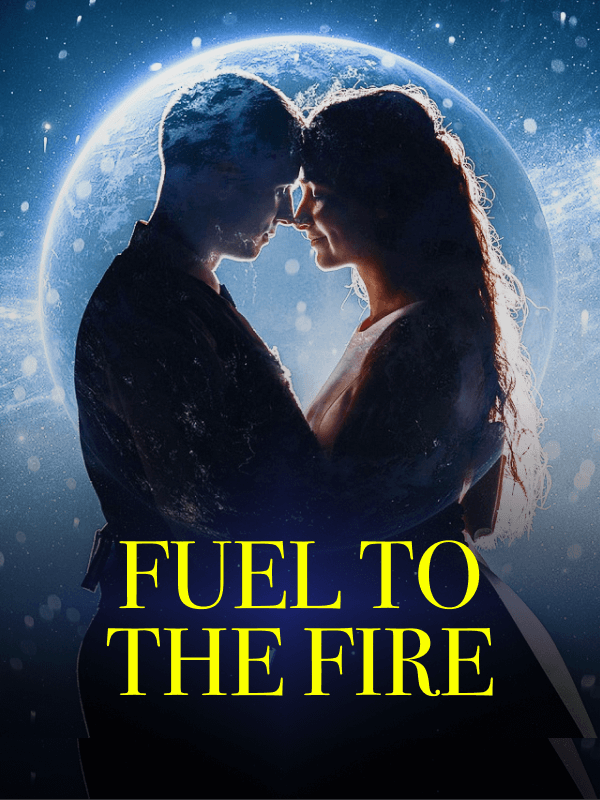 Fuel to the Fire

Can past hurts be forgotten to make a future together? Jaqueline Pennington once had the world at her feet, but she threw it all away for a man from the wrong side of the tracks—handsome, smart and the love of her life, Logan Forrester—only to find that she’d dropped everything for him to abandon her. Logan wanted one thing out of life—to be with Jackie and give her the life she deserved. When that plan went to hell, he walked away and applied himself to becoming a prosperous security software engineer. A job that, years later, brings him back to Jackie. They haven’t seen or heard from each other since that fateful night, but the chemistry that still crackles between them is too good for either one to pass up. So Jackie and Logan reach an agreement and burn off the sexual tension, getting closure during their time in St. Lucia. But what happens to their plans when the truth about their separation comes out? Can they get over the past to build a future?

Jackie got out of the cab and took a moment to stare at the magnificent hotel. Right away just gazing at the building, she knew that her stay here would be something different. Instead of towering into the sky, the hotel sprawled up the mountainside and outward to the limits of her peripheral vision. The stone façade might as well have been hewn from the rock face while the lush greenery threatened to envelop the entire thing and reclaim it for Mother Nature. The hotel appeared so incredibly natural it could have been a part of the mountain itself.

On the other side, clear blue water lapped at immaculate white sand dotted with brilliant vermillion umbrellas and wooden loungers she couldn’t wait to try out.

In a slight daze, she walked into the grand foyer and out of the sultry air to take a deep breath of the chilled, perfumed interior. Her kitten heels clicked along the stone floor as she gazed at the beautiful architecture and design. The abundance of stone and wood gave the space an organic feel. Dominating one of the walls, a waterfall splashed, surrounded by indigenous plants and a pool where colorful fish flashed in the water. Together with the enormous windows and natural light, the room exuded the perfect relaxed island ambience.

It felt good—great—to be somewhere different. She couldn’t remember the last time she’d been on a trip anywhere, let alone somewhere so opulent.

A slender, elegant blonde figure dashed toward her. She was quickly engulfed by the well-toned arms of her best friend, Caroline.

She hugged her friend back. It had been too long. Jackie stepped away to smile at Caroline. “Of course. You didn’t think I would skip out on your wedding, did you?”

“It never crossed my mind.” Brilliant green eyes sparkling, she wound her arm through Jackie’s and led her through the hotel. “Ever been here?”

Jackie grinned up at the luxurious surroundings and shook her head. “No. it’s always been on the bucket list, though.” The beautifully lush island of St. Lucia was the complete opposite of her everyday life.

Caroline grinned. “I’m glad.” Her smile softened. “It really is wonderful to see you. Things haven’t been the same without you.”

A pang of emotion Jackie didn’t want to name twinged in her chest. The first of many times this weekend, she was sure. “Things have been a bit different, haven’t they?”

“Head’s up.” Caroline nodded, her attention on someone behind Jackie.

Jackie had a fraction of a second to brace herself before the group of women was upon them.

“Jaqueline Pennington! I thought it was you!” Regina, Caroline’s mother, sashayed up to Jackie with her arms out swept. But instead of a hug, she clasped her by the shoulders and air-kissed her at each cheek. She stepped back to give her a critical once-over, making Jackie glad she had primped at the airport before getting in the cab. Though, from the thinly veiled disapproval in the woman’s eyes, Jackie didn’t quite make the cut. “My, you have changed! They have a spa here that’s supposed to work wonders.”

Ignoring the last comment, Jackie flipped her ponytail over her shoulder as she forced herself to smile at the well-coiffed woman and her friends. “It has been a few years, hasn’t it? They have been kind to you, haven’t they?” Not enough, by Jackie’s reckoning. “We should go to the spa together and have a nice long chat and really catch up.”

The older woman’s expression grew pinched at the insinuation that she would need such a long session, but she quickly recovered. “We’re all so glad you’re here.” She looped Jackie’s arm through hers and started walking.

Caroline gave her a helpless shrug and a pleading smile. It was her friend’s wedding weekend, and Jackie refused to do anything that would ruin it.

“I saw your mother just the other day. She’s doing well. She tells me that she and your father are heading to Rome this summer.”

All the muscles in her body contracted at the mention of her parents. She’d known someone would bring them up sooner or later, but she’d hoped it would have taken longer than five minutes after she arrived. “That’s nice,” Jackie said as mildly as she could.

“It is. They’ve done quite a bit of traveling, from what I’ve heard.”

Jackie really had no comment about that, so she stayed silent. Focusing on the scenery was much more interesting than listening to Regina blather on about her parents.

“Mum, it’s been a while since Jackie and I have seen each other. I wanted to spend some time together before everything starts.”

Regina slowed to a stop. “Yes, of course! Silly me!” She spun Jackie into Caroline’s arms. “Dinner is at eight.” And with that, she flitted off leaving a thick wake of Chanel No. 5.

They watched her until they were sure she was out of earshot.

Caroline smiled apologetically. “Sorry about that. Mum didn’t think you would come, and I don’t think she quite knows what to say.”

Regina hadn’t been the only one not to know if she was going to make it. “It’s fine. I doubt I’d know what to say either.”

Her friend didn’t look convinced. “You know, if money is a problem, my offer to pay for your stay still stands.”

How had she managed to have such a good friend? “Thanks. But I’m okay—at least for the moment.” She laughed weakly. “I highly doubt I’ll make use of the magical spa they have here, though.”

Caroline joined her in her mirth. “It can’t be that great. Otherwise, Mum would never leave it.”

Jackie inhaled the fragrant air again and felt her muscles slowly unknot. It had been a long flight and she’d been tense worrying about the kind of reception she’d get. She had expected an inquisition, so she was relieved at how things had fared so far.

She had an entire week to make it through yet.

Caroline led her to the reception and stood by as Jackie went through the formality of checking in.

“We had a minor disaster thanks to one of the groomsmen getting into a skiing accident last week. Charles assures me that he’s found a suitable replacement and that he will be here today so you won’t have to walk down the aisle alone.”

The last thing she was worried about was walking down the aisle solo. “It’s lucky you found someone on such short notice.” Jackie barely remembered the days when she could drop everything at a moment’s notice to do whatever she liked.

Jackie was dimly aware of masculine voices heading toward them. Two of them sounded familiar. She knew Caroline’s fiancé, Charles. They’d met a few times before. A Sutcliffe through and through, he was tall, broad, golden blond and blessed with a knack for finances like the rest of his dynasty. It was his laugh that she was able to pick up on immediately.

But the other voice…