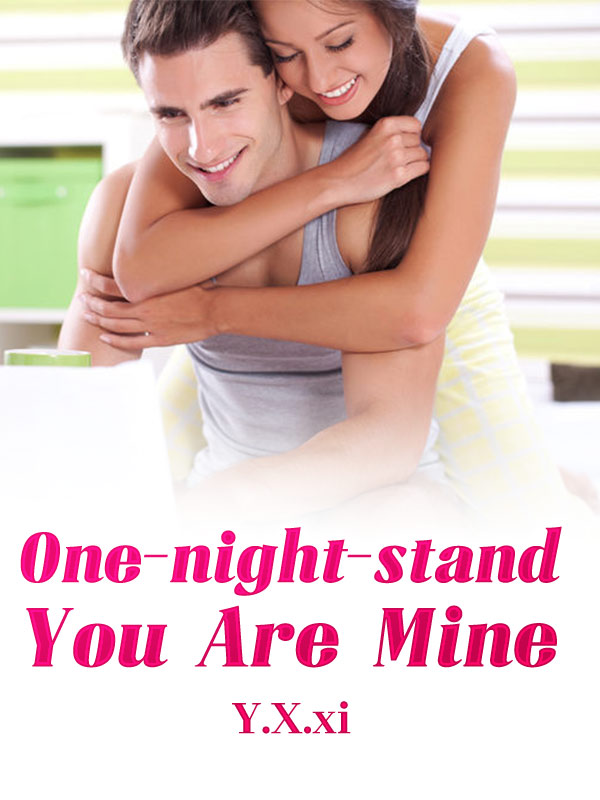 One-night-stand, You Are Mine

To save her family business, she accepted a humiliating surrogacy.Because of surrogate contract, she had to have sex with a man for seven days and nights, until she was pregnant.When she gave birth a baby, she found her father died miserably. Her fiance and stepsister colluded to drive her out of her family house.Three years later, she came back. In order to get back the villa left by her father, she had to provoke that superior man, but he approached her to the corner.The man stared at her with burning eyes, "seduce me?"She shivered, "Mr. Hunt, I didn't mean to bump into you..."The man's black eyes pondered, "should I 'bump' back?"The next second, the man worked hard in her body to "bump" back.It was a fake marriage. How could he press her inch by inch and made her no room to escape?She blushed, but he didn't care. He raised his eyebrows and stared at her with interest "We had a daughter already, why were you so restrained?"The cute little chubby girl beside her leg held her hand, blinked and asked, "Mom, can I have a little brother?"

The man closed her file after reading it, then asked with a furrowed brow, "Are you sure you want to proceed with the surrogacy?"

Amber's delicate features flashed in panic as she gripped onto the hem of her skirt. "I'm sure. I really need the money."

The man's furrowed brow deepened. "For the sake of privacy, you cannot leave this place at any time during the pregnancy up until you've given birth, nor can you contact anyone throughout this period of time. Can you do that?"

Amber's knuckles were pale as she replied shakily after a deep breath, "I...I can, but on one condition."

"After signing this, I need the ten million in my account immediately after I'm positive with child."

Jeez. She really was just in for the money.

Disdain was apparent in the man's eyes. "Alright, sure. Your payer will come at 8 PM tonight. Word of warning, he's not easy to please. You better make sure you're pregnant within the month, otherwise you're not getting your money."

It was nearly 8 PM when Amber was sent into a bedroom in the villa so dark she could not tell left from right.

It was so quiet she could hear the clock ticking on the wall.

After who knows how long, the door opened and in came a man who was cloaked in the darkness. Amber was about to wrap her arms around herself when a strong grip pushed her onto the bed.

Closing her eyes, she said through bitten lips, "Just hurry up!"

The man snorted coldly before getting on with it.

Amber bit into her lip as tears were forced out her eyes.

Her family business, Elliott Co., would be saved if she made it through the night. Her father would not have to go to prison because of his debt too...

Biting back the pain, Amber pressed herself close to the man's neck and murmured teasingly into his ear, "I want you to...hurry..."

The man said coldly by her ear, "Don't regret it."

Amber almost passed out from the pain several times throughout the night. She could not move a finger at all.

When the morning sun streamed into the room, the man had already left. A servant entered and informed her indifferently, "The Master will come here every night until you're with child. You can pack your bags if you're still not pregnant after a month."

Clenching her fists, Amber resolutely vowed she would get pregnant.

The rest of the week was spent in hellish, unbearable pain.

"Our Master has transferred the ten million into your account. You can focus on taking care of your child from now on."

Amber excitedly grabbed the servant's hand and said, "Please, I want to ask if my father if he's okay, if he's received the money, please, can you help me? I promise-I promise I won't say anything else! Please...!"

Seeing her dire expression, the servant softened up. "Fine, just this once. I'll write him a text message for you."

Ten months later, Amber was went into labour inside the villa, sweat like rain on her skin.

Ear-piercing screams pierced the air as a female doctor calmly urged her on at the side. "Push, just a bit more, the baby's head is about to come out!"

Clenching her teeth, Amber gave birth to a baby with the last ounce of strength she had left.

Its loud crying rang out before the doctor hurriedly placed it into an incubator.

Amber, who laid on the bed with a mess of blood below her stomach, could only mumble weakly though her tears, "Please, let me see my baby..."

But she was not heard. The baby was quickly taken away from the room.

She never even found out if it was a boy or a girl...

A luxurious Maybach waited outside the villa.

The owner of the car gazed at his child with a frown.

Back in the villa, Amber struggled to get up from the delivery bed to look outside, but only saw the tail of a car driving away.

Amber did not spend any time resting before going back to her family the next day.

She remembered how she had not told anyone where she was going before disappearing for ten months straight. At the thought, she took a deep breath before going to press the doorbell, but found the door ajar.

With a gentle nudge, Amber entered the house. No one was in the living room.

Strange. Was there no one at home? Even if Dad had gone to work, Aunt Mia and Kayleigh should be at home.

She was about to head upstairs when she spotted two familiar figures at the second landing.

The man teasingly pinched the woman's behind as she coyly teased with a thump against his chest, "Jeez, when are you going to marry me? You're not still thinking about Amber, are you? Disappearing to God-knows-where for more than ten months..."

"How would I? I was with her only because she was the family's heir. But you, you're far more fun than her." Lowering his head, the man said teasingly into her ear, "Especially in bed."

The woman melted in his arms. "Hmph, my legs still ache because of you."

Amber's face had paled as she stared the two having their little love affair. Her eyes gleamed with hatred.

That man talking dirty was no other than her own boyfriend, Isiah Rush.

It had only been ten months, but here he was, sleeping with her stepsister Kayleigh Powell!

What a pair of scum!