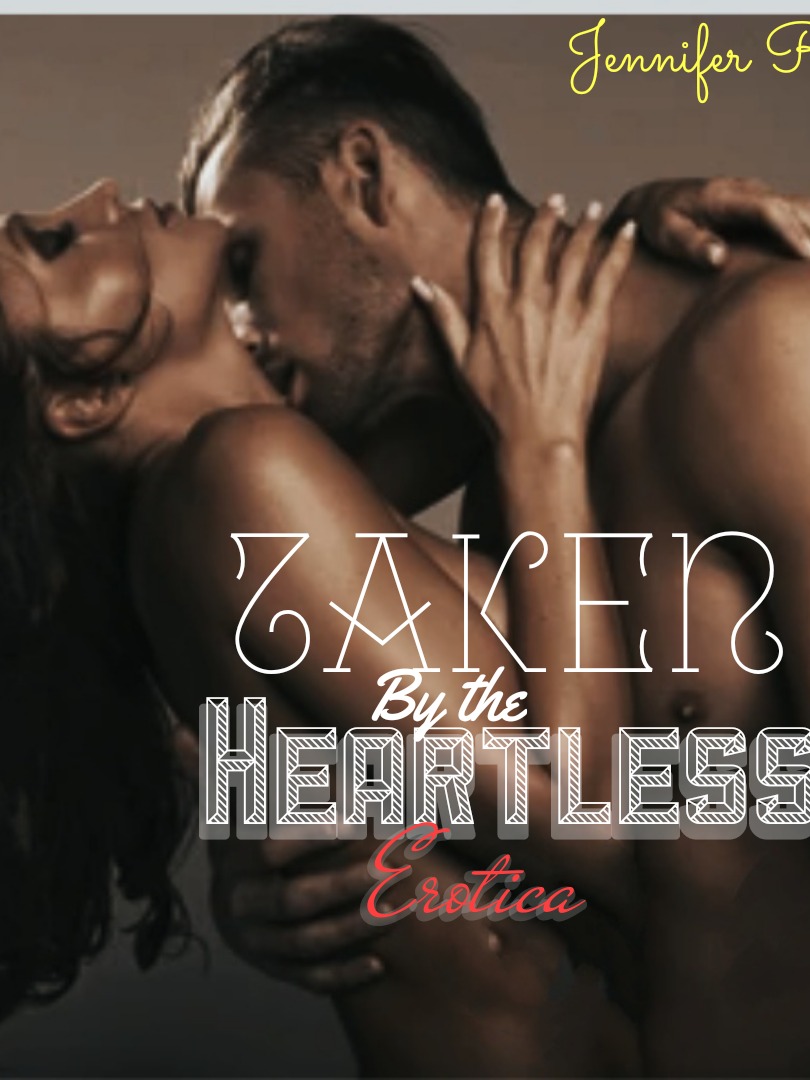 Taken by the Heartless {Book One}

WARNING: ⚠️⚠️⚠️⚠️️ High and descriptive sexual content, strong language, and use of substance. Recommended for 18+ readers, read at your own discretion. Not for people with soft hearts. If you are not a fan of Dark romance, please don't read. If you are not a fan of BDSM please don't read. "I rather get dragged in the mud with chains by moving horses or be beaten with a club with nails on it than lose my virginity to you," she spat, looking at him with hate in her eyes, hoping her eyes conveyed the degree of contempt she felt when she spat out the words. Anger and disbelief flashed in his eyes. She was going to be the first woman that would ever reject him and in such a preposterous manner. He stood up and went over to her while she gummed her back to the wall, having no other room to step back. He gripped her chin with his strong palm, forcing her to look at him, his wicked grey eyes bore into her hazel ones. "What if it's your only ticket to freedom?" "As I said, I rather die." He quickly shoved her onto the bed, and she scooted away as he moved toward her. "I am Eros Castillo, leader of the El dragon gang, you dare not reject me, nobody rejects me," he said in a low husky voice, his eyes five shades darker, his countenance grim and dangerous.

"Eros Castillo is a monster," Cassandra overheard a girl saying behind her. The market was busy but she strained her ears to listen to the two girls following behind her.

"He is a sexy monster though," replied the other girl.

Cassandra had heard a lot about Eros Castillio. She had heard about him from her father, she had heard about him from her mother even from friends, strangers, market women, priests, and even kids and none of the things she heard were good. He was a living terror to the people of the town and the worst of it all was that he owned half of the town. No one ever messes with him and goes scot-free. She had not seen him before but she gets shivers whenever she hears his name. But this time around, she does not only get shivers, her heart flies whenever she hears his name.

Her father has become Eros' victim. Eros had visited them twice, but her father was always quick to hide her and she had never gotten to know why. Her father had borrowed money from Eros for her mother's medical treatment when her mother was so ill, but now, he couldn't pay it back and Eros had made life a living hell for him. She looks at her father these days and he looks so old and frail, that she didn't know what she was going to do.

She would have saved her old man by getting married to a rich man and paying off that debt but her heart had fallen for Apollo, the son of her father's best friend, and her father who was a content man never had issues with it. Apollo and his family were just as wretched as them, that's why he had not married her after engaging her for two years. She knew the young man loved her and would do the needful if he gets the means and she was just okay with that.

Eros had enough money that he could easily forget the amount her father had borrowed, but he was too heartless to let anyone breathe. He was a devil in human form and yet people say he was very handsome.

"Right now, he is at Mr. Orion's house," the first girl said. "Rumor has it that he borrowed some money from Eros for his wife's treatment. Poor man, the woman still died, leaving him in huge debt and at the hands of the deadly Eros. He might kill him this time because Ethel said he is wrecking chaos in the whole place, or he might even carry him away and make him suffer with hard labor"

The bag of vegetables Cassandra was holding dropped from her hands.

"He has a beautiful daughter, why not marry her off and pay back the debt?" the other girl asked.

"Have you forgotten she is engaged to Apollo?"

The voices of the girls sounded like echoes in her head, as they went in a different direction from her. Orion was her father and those girls just said Eros was going to take her father away. She blinked and shot off, pushing other people out of her way as she ran. She didn't mind the gruff expletive that escaped their mouths, nor the stare of disdain the people gave her as she ran, nor the constant reminder in her head that she shouldn't be seen around home when Eros was there. Her father wouldn't want her anywhere near the house at that moment. But they can't kill or take her father away. He is all she has got.

She ran all the way home and decided to ignore the strong warnings in her head to stay away from home. She barged in from the back door and heard her father's voice pleading and whimpering.

"Papa!" she cried when she barged into the room. She was panting profusely from the run and she was sweating.

The men who were torturing her father stopped and every eye in the room turned to her. She rushed to her father who was on the floor covered in bruises and whimpering in pain.

"Cassie, why did you come?" Her father whispered.

"I heard from the market that they would take you away."

"Who is this?" a deep male voice asked.

Cassandra followed the voice and saw a man she had not seen at first when she came in. He was seated on a chair by the corner, his face hidden. Could that be the almighty Eros Castillo?

"Take me instead!" her father wailed.

Cassandra's brows knitted together in a scowl. She can't let them take her father.

"Papa, they can't take you away," she whispered.

"Oh, Cassandra, why did you come?" her father asked in a grief-stricken voice. "He is heartless."

Cassandra looked at the man again. Smoke was whirling around his hidden face.

Without a second thought, she stood and bolted from the back door before the men could do anything.

"Get that bitch alive!" she heard the deep male voice yelling.

That must be Eros. Her heart kept hammering, and tears ran down her cheeks as she ran. She didn't know where to run to but she wanted to run far, far away from the monster she had heard about so much from people. She was almost at the gate of the farm when she heard gunshots behind her. She turned her back, looking back at their farmhouse, almost breaking down, wondering if her father has been shot.

But she decided to keep running. When she turned her face forward again, she saw the figure in front of her. Before her brain could process who it was, she was hit so hard on the face. She saw stars, her head spun, her vision blurred and she found herself crashing to the ground. She tried to open her eyes but darkness enveloped her Before her eyes closed and her mind went blank, she saw the shoe of her attacker, he had a big foot.