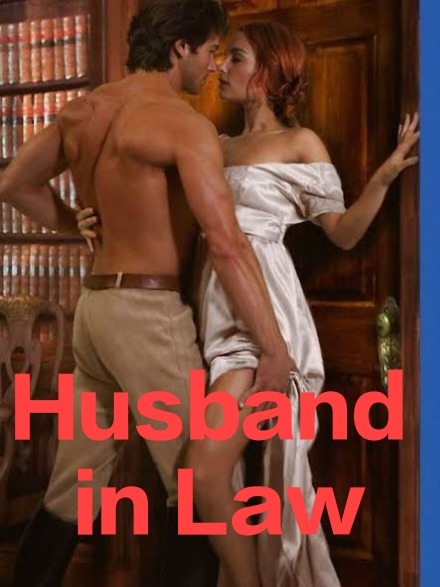 Gina promised herself that she would actually get married before she was twenty-five years old, because they were in the race that when the woman was over twenty-five years old, she would be an old maid forever, just like her cousins and her aunts. Gina works as a waitress in an expensive restaurant at night and studies in the morning. Ace is the man she secretly loves and her co-worker as a waiter, he did nothing but teases her. Unexpectedly, Ace suddenly proposed marriage to her, even though he wasn't courting her. But Ace Durant's unromantic words were hardly the proposal of her dreams. Seeing this as perhaps her chance to get married before she is twenty-five years old, and thus she can break the spell in their family beliefs. Gina decided to take Ace's offer, but she also had a proposal on her own. Never had such words affected the cold-hearted Ace. The undercover agent who pretended to be a waiter, had told her that the only reason he would marry her was to protect her, as if Gina's world collapsed when she heard that. But he was finding it increasingly difficult to keep their temporary marriage strictly in name only. Can Ace avoid Gina's venom and her seduction of him?

He entered the Mexican Restaurant where he works late. He immediately took a small box from his pocket which was also the reason why he was late.

He carefully opened the contents of the small box he had given as a gift to the beautiful woman who was celebrating her twenty-fourth birthday today. But the real purpose of this gift could very well save her life, the fact is that he can't tell her.

He left cold America for his special mission here in the Philippines as he entered another door to a different world.

He has also been working at the said restaurant for a year. He also has the opportunity to experience a few problems in his work, but all of that is easy for him to handle and even so until now.

He immediately went to the counter to find out if they had a reservation tonight. At first glance he thought there was nothing, but when he looked at it again, there was. It's reserved for a single name and it's none other than Brando Nicolas. The man who lives in darkness and in the secret world.

He clenched his fist knowing that it was Brando Nicolas who reserved it. He took the small box from his pocket again and went to the kitchen while he was thinking of a reason for being late. He stopped outside the door and listened intently to the silence in the kitchen. Either his noisy colleagues just meant to keep quiet or he really arrived too late.

All the reasons he could think of suddenly flew through his mind when he opened the door. He found out that there was no one inside except Gina. She faces a stainless-steel barrier that divides their working station from the cooking area, where their chef will cook the foods they serve at dinner. He just looked at Gina from behind her and didn’t know what her emotions were now whether it was angry, irritated or whatever she was feeling on that time.

He could hear Gina scolding herself, but why was that? Did she do something wrong?

He wanted to think that Gina was going crazy because she was talking to herself, but it wasn't fair if he thought she was like that, maybe she was just hiding her resentment.

He quietly walked over to Gina's direction to apologize for being late for her birthday party.

She set aside the gifts she received from her colleagues. It was her 24th birthday and everyone knew it was important to her. The rest of their colleagues came early just to celebrate with her, even their manager, except for the one person he was waiting for the most.

"That's what you got Gina to wait for nothing, but I hope he just said he was sick so I wouldn't have to wait." said Gina as she was still talking to herself.

Gina's face lit up as she turned to see Ace, breathing heavily.

Ace Roderick Durant III. Tall, gorgeous and oh so handsome as what she describes to him. A six-footer man, has dark brown hair, charming eyes, and a killer smile if he was just smiling all the time, and of course his body is already a dish.

OMG! Adonis seems to have come down from space, it takes her breath away when she sees the handsome face in front of her. What Ace didn't know was that marrying him was Gina's birthday wish when she blew out her birthday candles.

Gina just swallowed by what she saw, and her anger was replaced by joy.

"I'm sorry because I missed your party." Ace apologized as he walked towards her.

"No one checked the attendance." She said and continued arranging her gifts.

She couldn't stare at Ace for a long time because she might melt. It's better for her to just avoid looking at him than to be tensed when she faces Ace. After all, it's been a long time since they've been together at work, it's only been a year, but until now Ace still has the same effect on her.

"Looks like you need someone to carry your presents." Ace said and took the knife to slice the cake that was on the table.

"Is this a gift for you, too?" he said, specifically to the cake he was slicing and he immediately tasted it. "Mmm...it's delicious."

He frowned when he saw one of Gina's gifts, a wedding photo album that emphasized the word 'WEDDING ALBUM'.

"That's also a gift for you?" he asked curiously on the album. "I thought it was just a birthday party, a bridal shower too."

Gina took the album and hugged it.

"It's nice to put wedding pictures on this album."

"As far as I know, you don't have a boyfriend, so it's impossible for you to get married or maybe you wanted someone to marry you? Because they said you don't want to be an old maid like your cousins."

"It's none of your business, if I really wanted to. Of course one of my goals is to get married." She raised an eyebrow at him. "Besides, I'm busy at school and work so I might not be able to meet my prince charming."

Ace didn't answer and just helped Gina put away the cluttered gift wrappers. He stopped suddenly when he touched a scattered wrappers.

"I think you have another gift you haven't seen."

"This, the traditional something blue." Ace showed her the blue carton of condoms.

"Who gave me that?" Gina asked.

"Really?" Gina asked and she looked happy when she heard he had a gift for her.

Honestly, Ace doesn’t like women flirting, he made it clear to her and his other female co-workers who also show him liking.

She looked around and made sure that no one was there. Because their colleagues went home to get dressed since her birthday party ended early and the restaurant where they work will open for dinner.

"Why don't you just give me your gift now? We're the only two here."

"What's so funny about that honey pie?" she called Ace that again because that's what he didn't want to call her.

She handed him a champagne glass which Ace had poured a wine, but he suddenly let go of the glass. It's a good thing it didn't break.

Ace immediately took a tissue and knelt down to wipe Gina's wet shoes. But she stopped him.

"If you don't want to give me your gift now, then don't."

"Don't get upset Gina, I'll give you this gift."

In fact, she was annoyed with Ace for being so numb. He didn't even notice how eager she was for the gift he would give.

"Okay, just came to my house."

"You might think I'm proud of this gift to you because I'm still suspenseful."

"You know Ace, we'll just really fight when you give it to me later because I really can't wait."

"And what are we fighting over, Gina?"

"I'm going to tickle and tickle you until you give up."

Ace just smiled back at her.

"You know, I'm intrigued by your gift, but if you don't want to give it to me now, it's fine whatever." she said to Ace and she came out of the kitchen.

He also went out of the kitchen to arrange the dining tables in his working area, and their chef cooked just in time.

He is going to his place in the exclusive club house where he is the head waiter. The thirty-year-old private club offered peace and privacy that was usually reserved there by those prominent people.

He first goes through the beautifully furnished dining room and he sees Gina there lighting candles on the dining tables as she sings. Her white shirt and black skirt really fit hers because her body looks more shaped.

He went upstairs to check the billiard rooms and lounge on the second floor, which has usually become his routine.

After he checked the second floor, he immediately went downstairs to look at the reservation list again at the counter. His eyes were now focused on the single name written there. Brando Nicolas. How could such a simple name impact so many lives?