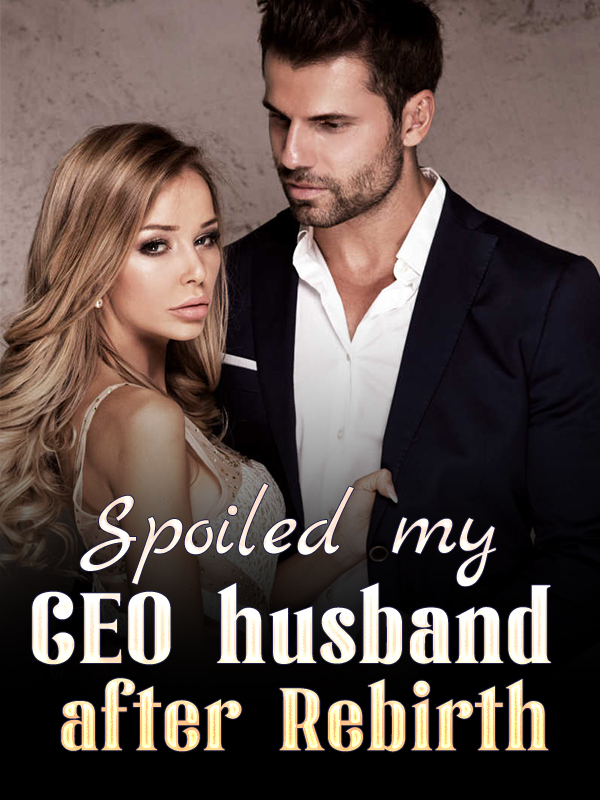 Spoiled my CEO husband after Rebirth

Everyone knew that Mr. Petit had an important principle, which was: Spoiling his wife at no principles. As a result, rumors had it that the once-powerful Olivier Petit was actually a henpeck. Mr. Petit scoffed at this. "What henpeck? I'm just being a good husband. Am I right, wife?" "Never would I believe in you, ass..." Gwenda Evans covered her nearly-broken waist with her hand. Tears filled her face as she recalled the scene in the bed last night...Before her rebirth, she missed the chance to save him in a fire, so she lost everything indirectly. After rebirth, she held on tightly to this big boss's thighs, acting coy and cute. She did everything she could. Could there be anything better than beating scum, fighting monsters, and reaching the peak of one's life? "If so, it's just by marrying a perfect husband! Then give birth to a fat boy!"

Chapter 1: Reborn From the Flames

Gwenda Evans tugged on her shirt collar with a groan as she woke up from the stuffy heat.

Upon opening her eyes, she saw heavy smoke billowing around.

The flames outside the window presented a horrifying image.

Coughing from the smoke, Gwenda sat up on her bed and looked around.

To her surprise, she realised that this was the hotel that was burned down three years ago.

It was here that she nearly lost her virginity, which was set up by her sister.

But she had been reborn now!

The fire raged beyond the window. Gwenda had no time left to think as the flames reached her location. She had to escape, and she had to go now!

This incident was the beginning of her misfortune. If she did not flee now, she would suffer from disfigurement.

Covering her mouth and nose, she desperately ran out of the room and joined the crowd making for the fire escape.

Thick smoke began to mix with the fire.

The crowd was terrified as they did everything they could to escape.

Gwenda's weak frame was being pushed around by people from the crowd.

Just as she was about to reach the fire escape entrance, she tripped over something and fell to the ground.

Gwenda cried out in pain. When she looked up, a handsome face appeared through the thick smoke.

"It's him?" Gwenda thought in disbelief.

Olivier Petit is the CEO of Petit Corporation, the richest man in Harmon City, the famous Young Master Olivier.

"Why is he here?" Gwenda wondered as she remembered how Olivier acquired her grandfather's company after it had been snatched away by her sister in her previous life.

At that time, when she had found out about it, she rushed to his company and begged to see him. But in the end, she did not even get to meet him.

Thus, she did not have a good impression of him.

However, it was still a life. How could she watch him die here?

Hesitating for a split second, Gwenda gritted her teeth and pulled Olivier up.

After all, Olivier had never harmed her, no matter his character. She could not just watch him die!

Gwenda smacked him with some amount of force.

Olivier's eyes remained closed, showing no reaction at all.

The flames were coming down the corridor, which caused Gwenda to panic. She pinched his cheek harshly and said, "Wake up! If you don't wake up, you'll die here!"

The pain woke Olivier as he coughed a few times and opened his dark eyes.

Gwenda was stunned. "You're awake? Let's go! The fire's almost here. It'll be too late if we don't get moving!"

"Who... are you?" Olivier looked at her weakly.

As she spoke, she pulled him up with all her strength.

Olivier's entire bulk pressed down heavily on her shoulder. Every step they took was a struggle.

"We're almost on the first floor. Hold on a little longer."

Gwenda clenched her teeth and started stumbling forward once more.

Olivier was in a daze. The only thing he could see with his blurry eyesight was the girl's sweaty face.

Having reached the first floor with much difficulty, she saw the police car and fire truck through the raging fire parked at the front door.

Gwenda sped up as if she had seen the light.

But right at this moment, the wooden structure above their heads became wobbly. Tiny pieces of wood alight with sparks from the fire began to fall little by little.

Gwenda did not notice what was happening above her head. All she could see was the scene outside the door.

In the next second, a huge piece of wood fell directly from above...