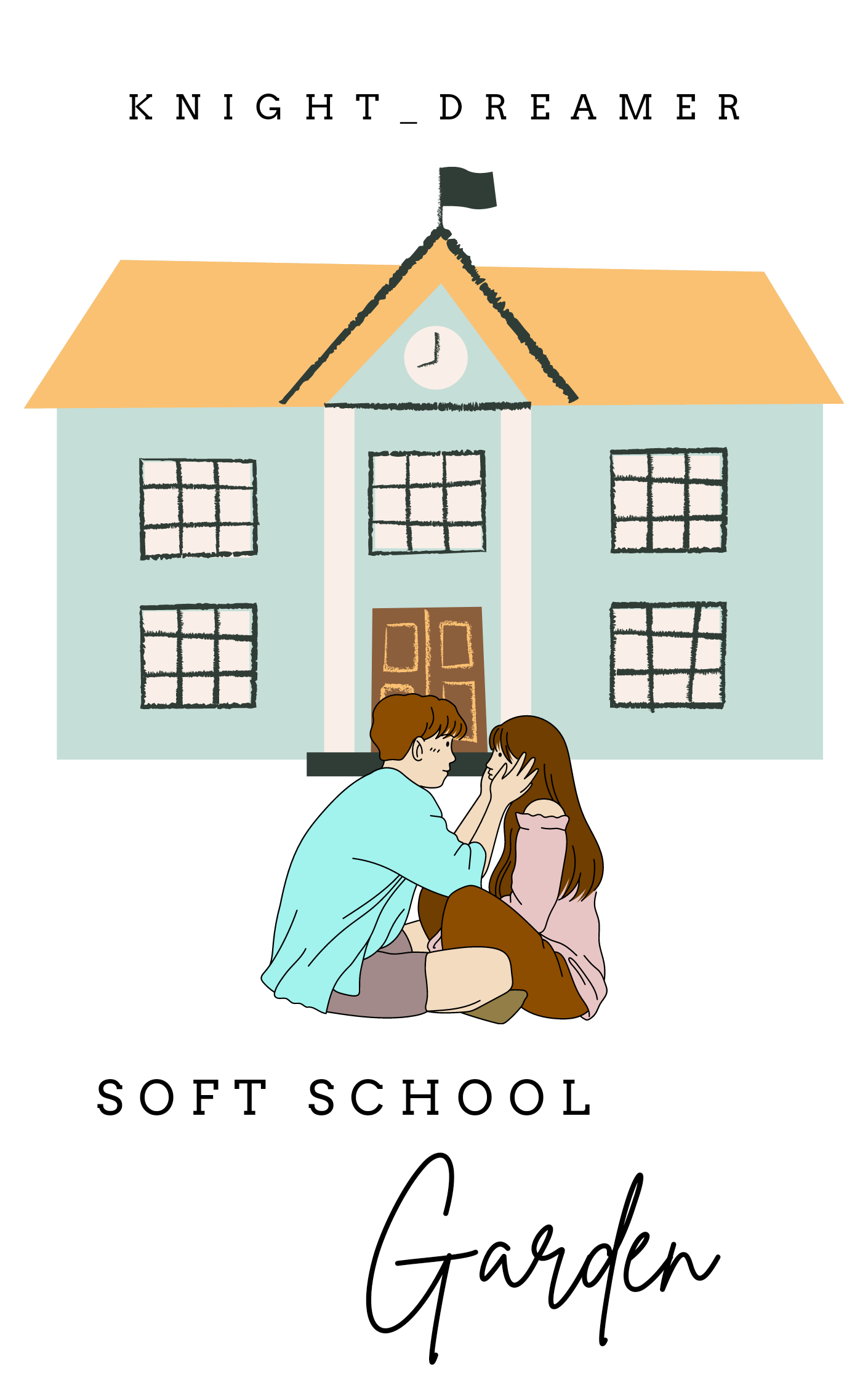 You will never know when will you feel the feeling of being inlove. There are inexplicable things for which only love is the answer. That’s what happened to Caelia when she experienced her first love at an unexpected time and place. But because of love—secrets that should never have been divulged will be brought to light. Conflicts will arise, friendships will be destroyed, and relationships will come to an end.

I could see my father's face light up as he walked up to me, a basket of vegetables in his hands that he had just bought back from the wet market. Looks as though he was in a good mood because he had received a paycheck from his construction job.

When we heard a loud gunshot, he was forced to stop in his tracks. Everyone was in a state of utter terror. Loud shouts could be heard, and everyone began to flee from where we were standing. My father was nowhere to be found when I looked around.

"He was shot, Caelia!" exclaimed one of our neighbors. I'm not aware of anyone who is my father's adversary. I can't lose him. My father was the most amazing and kind person I've ever met, thus it's unlikely that he has a rival.

"Did anyone see the suspect?"

I didn't pay attention to their gossip. My hand had become quite cold because of nervousness. The crowds had gathered around the area. I was apprehensive about going to see what they were looking at. My body, on the other hand, did the exact opposite.I'm walking very close to where it is.

And I sincerely hope I didn't. My body began to feel weak almost immediately. The pain began to permeate throughout my body. I had no idea that it would be the final time I would see the smile of the most important guy in my life

"Dad! Please, you can't leave me. Don't leave me! You made a promise to me!" My tears landed on his white shirt, which had been stained with blood.

"What about me, Dad? I'm not ready to... I can't imagine my life without you." I sobbed out of frustration. At that point, I considered taking my own life. What was the point of being here when I was by myself?

The rescuers, who were holding a stretcher, gently pushed all of the individuals who were talking around us. I screamed and sobbed in the middle of the street as I stared at my father's lifeless body.

“Ms. Montes, why are you screaming?!” I was completely taken by surprise when my professor yelled.

I got up and stretched a little. I wiped the tears from my eyes with my handkerchief. I realized that my classmates were staring at me with curiosity.

"Uh, what time is it?" I inquired, but instead of responding, she just raised her brows and rolled her eyes at me.

"You don't treat me with any respect! I've learned that your father has passed away. What are your plans if you do not obtain your scholarship?"

I took a proper seat and tried my best to pay attention to what she was saying. I'm confident in my ability to pass this topic. I'm also debating whether or not I should continue my studies. I'm at a loss as to how I'm going to get money for my needs.

It's disheartening to realize that my father was murdered because he was misidentified as a drug user. I can't even provide him with the justice that he deserves since I lack the funds to track out the suspect. But I pledge to myself and my father that I would find whoever was responsible for his death.

"Caelia, are you alright?" She sat beside me and handed me the sandwich.

"Of course," I said, forcing a smile on my face.

"You are aware that you are welcome to stay with us, aren't you? My sister is taking a vacation in New York City."

Even though I really wanted to accept her offer, my hesitation prevented me from doing so. After all, what right do I have to stay with them? The idea of staying in their huge house would be strange to me because I am nothing but a lonely poor girl.

"If you believe that you are not welcome in our house, you are mistaken. Please don't be embarrassed." She got to her feet and hugged me. This girl stands out from the rest of the students in this class. She will not be embarrassed or judge you negatively. Perhaps it's because we've been friends for so long.

"Krystal…" I heaved a deep sigh and looked away from the window. "Yes, I will be staying at your house for the time being. But I'm going to look for a place to live right away because I'm embarrassed to stay with your parents."

"What is it about you that makes you so shy? My mother told me to ask you to come live with us. Another thing is that we've known each other for a very long time!" Her chinky eyes become smaller as a result of her smile.

"I'm still not a member of your family. Do you need a maid? Maybe I should just apply for a position as a maid at your house." It was my suggestion. I know how to do household tasks because my father taught me how to do them in the past. He is well aware that I will need to be self-sufficient at some point.

"We do not require a maid at this time, but I will assist you in getting jobs. However, because you are not yet of legal age, it will be difficult for us to help you."

"I'd take whatever job is available to me rather than being tossed out onto the freezing streets.

We all had a good laugh at what I said. We came to an agreement that I would be staying at their place starting today. I also borrowed money from her in order to pay off my debts related to the house, such as the house rent and utility bills.

After the class was dismissed, she accompanied me to our house. Just as we were about to walk through the gate, the landlady, who had a curl roller in her hair and a wrinkled brow, came out to meet us. We had already prepared our ears for her shrill and harsh tones before she spoke. After realizing that, we both burst out laughing and started heading towards her.

"Hey, poor woman! When do you intend to pay off the debts incurred by your annoying father? You owe three months' worth of rent in this place!" We continued going, completely oblivious to the fact that she was erupting like a volcano with wrath. Her brows were furrowed even worse as a result of what we did. "What the hell? You have absolutely no sense of shame!"

As soon as we entered the house, I immediately began packing all of my personal belongings. There were only a few, so I was able to finish it quickly. Although we could not see her face, we could tell she was looking at us from the doorstep.

"I firmly believe that you should not stay any longer in this place. There is a possibility that she will take out a knife and murder us here due to your debt." Krystal burst out laughing.

"Be quiet, she might overhear you. Just let her be," I replied.

While we were walking, the old lady was keeping a close eye on us like a hawk. It was important for us to use the back door because I did not want to come close to her. She might simply pull our hair, and that's the last thing I'd want right now, especially since I'm with Krystal.

As soon as we passed through the gate, the landlady ran towards us and pointed at me with her folding fan. Her hand was on her waist and her eyes were filled with wrath, as though he was about to attack us at any moment.

"Are you going to leave? You're going to leave without even bothering to pay me back for what you owe me?! You're a complete and utter brat! Be ashamed in front of our neighbors, who are currently hearing this, and in front of me, as well!"

However, the next thing that happened caused my lips to part. Krystal flung a bunch of money, some of which flew in the air and part of which landed on the ground. I'm not sure how much money that is, though. “Here! We're quite embarrassed by your actions. You're causing quite a commotion here!" she remarked sarcastically before rolling her eyes at her.

Suddenly, the landlady's eyes widened and she began scooping up the money that had been scattered across the ground. "That's it! Thank you!" she exclaimed, her voice loud with delight. This lady was completely under the sway of her insatiable desire for money.

As Krystal and I got into the car, I noticed how her face was still contorted with annoyance. "Krystal, I thought you were going to lend me some money to borrow? Why did you have to pay her?"

"It's best if you just leave it be. Simply take the money that you borrowed from me. Don't pay me, just tell Lewis to make a move on me," she replied before breaking into laughter.

"You're not Lewis' type, but I am!" I made a humorous remark.

She lightly smacked my arm. "Don't be so sure that you are his type!"

Our conversation continued to circulate there throughout the entire ride until we arrived at their house. Her mother, who was seated on the sofa, came over to greet me. Her mother had not changed in the least. Her skin was a little tan and fresh, and her frame was a little small. You'd never guess that she's already a mother of two children and that she's in her mid-40s.

Krystal accompanied me to the room where I will be staying. It was a significant increase in size over the space I had in my previous home. Krystal knew I wasn't as feminine as she is, so she decorated the entire place with a natural feel.

The next day, we all went to school together. We did not, however, return home together that afternoon because she explained that she was attending a family reunion. Her family asked me to join them, but I politely refused. After all, I am not a member of this family.