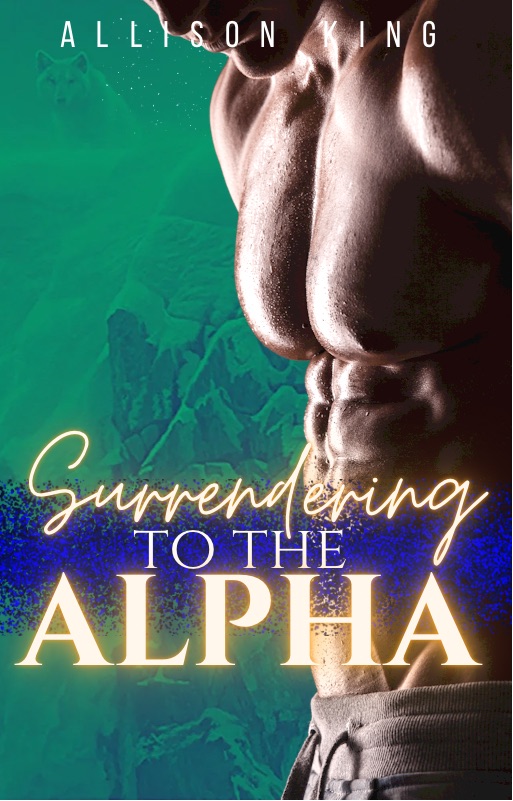 Surrendering To The Alpha

Kelsey: I was hopelessly in love with my year long boyfriend, Blake, the heir of the Crimson Pack. On my eighteenth birthday, fate confirmed that we were destined mates. Sounds great, right? Wrong. When he rejected me on the night of my eighteenth birthday - I run as fast and as far as I can get. Now, I have no choice but to return to my pack and face him again. Alpha Blake: She was the kind of girl that you would lay awake late at night thinking about and I knew that she had to be my destined mate. On the night of her eighteenth birthday, I had no choice but to reject her. My fate had already been sealed to the Alpha's daughter of a rival pack. When she returns back to my pack, I can't seem to keep away from her. But how?

Once Upon A Time

Once upon a time long ago… yeah, I’ll stop right there. I was eighteen years old when I learned the hard way that fairy tales don’t exist. There’s no such thing as a knight in shining armor coming to slay a dragon for you, no glass slipper that will suddenly change your life and no amount of kissing a frog is ever going to turn him into Prince Charming (although he might give you warts).

On my eighteenth birthday, I was totally blindsided when my boyfriend and the future Alpha of Crimson Pack, Blake, rejected me as his destined mate. We had just celebrated our one year anniversary and I was utterly and completely in love with him; convinced that I was the main character in my own real life fairy-tale.

We had spent countless magical nights sneaking out to lay under the moonlight on the pier, talking about what our lives would look like together and how we couldn’t wait to find out if we were mates. Of course there was a chance that we weren’t destined mates, but Blake was adamant that our love was “too special” not to be and being the naïve teenager I was, I desperately hung off of every word he said.

I had spent years secretly crushing on Blake. Let me correct myself: every girl in Crimson Pack spent years crushing on Blake. Girls threw themselves at his disposal, it took one flash of those crystal blue eyes to make any girl instantly wet. He was two years older than I was with the body of a Greek God and a smile that lit up the world. So, you can imagine my excitement when I confirmed on my eighteenth birthday that Blake, my boyfriend and heir to the Alpha, was my destined mate.

Well on that same night, Blake fucked me so hard that I swear I still remember the stars that blurred my vision, then brought me out to the same familiar pier that I loved so much and broke up with me in true douchebag fashion. He claimed that he was no longer in love with me and I had been nothing more than a past time until he found someone worthy enough to stand by his side as he became the Alpha of Crimson Pack. So much for that “special love”, right?

I’ll never forget the sound of my heart shattering into a million tiny pieces and the piercing pain that was now seared into my chest permanently. It felt like Blake stabbed me repeatedly in the gut with a razor sharp knife, causing me to become completely disoriented. My brain became a foggy mess, all tangled up in his words and struggling to process what had just happened. I desperately wanted to scream at him for rejecting our mate bond, which was the most sacred bond to werewolves, but I couldn’t form a single sentence to spit out. So, in true Cinderella fashion, I turned on my heels and ran like hell the entire way home; never seeing Blake again.

When I had finally arrived home, I bolted up the stairs and locked myself in my bedroom for three whole days.

For three days, I refused the food and water that my parents had placed in front of my bedroom door. I was sure that the entire neighborhood heard my desperate cries and choked sobs slip through the window.

During those three days, I didn’t shift into my wolf once. She was edging towards the surface and fighting for control but I knew if I had let her out, she would have run straight back to our destined mate.

It took three days to become entirely numb and empty inside, I even wondered if I had just run out of tears to cry just like an empty well of water.

I had been scheduled to start college in less than two weeks at a school nearby. Even though I had received acceptance letters from all of the schools I had applied to back in the fall, most of them with full scholarships, I decided to accept an offer from the college that was less than an hour away from Crimson Pack. Having lived in a pack my whole life, pack life was important to me and so was my family. I’m sure you can guess what the one thing that I absolutely couldn’t bare to leave behind was though.

That same thing that I couldn’t imagine my life without was the same thing that drove me halfway across the country in a split second. I pulled out my laptop and sent an email to an advisor that I had stayed in contact with during the application process, desperate to get as far away from this place as I could. My eyes nearly bulged out of their sockets when the email shot back immediately and they accepted my transfer with such short notice. I was grateful when my family had been so supportive of my decision, although I could see the reluctance in their eyes. I packed up my life within 24 hours and boarded a plane to start a new life as far away from Blake as I could get.