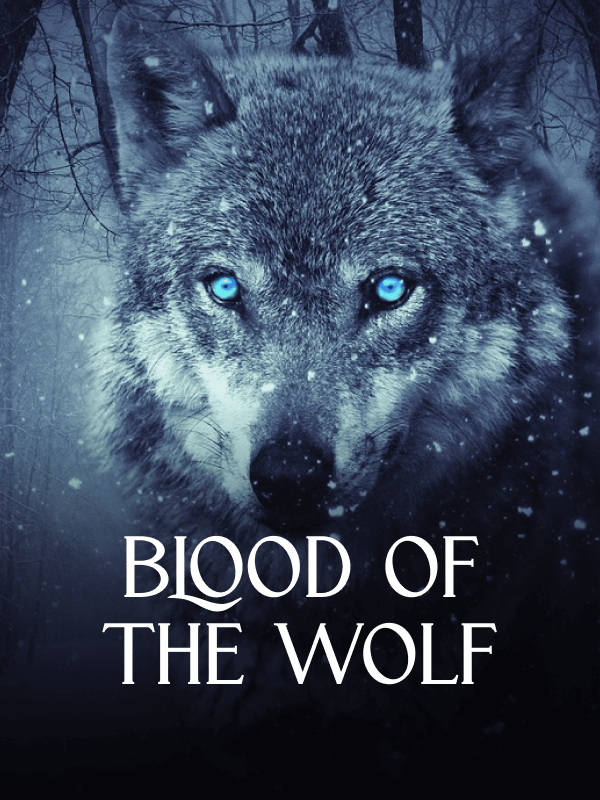 Blood of the Wolf

Ruled by instinct—bonded by blood. A simple task—all Gideon had to do was find the guardian possessing the talisman he’d been sired to protect and keep them both safe until the first rays of dawn neutralized the power hidden within the pendant. Coupled with the fact he’s one of an elite band of vampires—enforcers, chosen for their superior fighting skills and unyielding fortitude—the mission should have been Gideon’s finest achievement. Except for the part where he’s been searching for five hundred years and the only thing he’s found is a loss of faith. He didn’t count on stumbling upon the girl in the midst of a full moon. Or that the bond between them would be more than just a necklace—a sense of honor. Driven by desire, the only thing that burns hotter than their need to touch, taste, and claim, is their mutual inability to mark each other as mates. A simple task that’s quickly falling through his grasp. For how can a vampire truly bond with his mate if her very blood is poison?

The woman’s voice cut through the darkness, stopping Gideon mid-stride. He focused on the thin blonde off to his right. She leaned against a lamppost, her bleached hair teased out at the sides, her body barely hidden beneath a low-cut shirt, thigh-high skirt, and fishnets. Her four-inch heels gave her some much-needed height, and she obviously thought the smoking cigarette between her fingers added a certain class to her ensemble. But her makeup couldn’t hide the black smudges beneath her eyes or the way her hands shook slightly at her sides. If his guess was right, she was a few hours past her regular fix and well on her way to an early grave.

The woman took his idle interest as an invitation and moved toward him, her hips swaying seductively as she covered the short distance between them. The smoke from her cigarette followed her, a long, misty line that only emphasized the unsteadiness of her gait.

She smiled at him, stopping within reach, swiping her tongue across her lips. “It’s all right, sugar. There’s nothing to be afraid of.”

The thought made him chuckle. If she only had an idea of the monster that lurked beneath his skin. Her grin flourished, and she reached out, grazing a finger down his cheek before pulling her hand back in obvious shock.

Her eyes widened, and she took a quick step backward. “You’re cold…like death.”

A knowing smile worked his lips, and he cocked his head at her, nodding. “More like undead. Which is more than you’ll be if you don’t find another way to make a living.” He reached into his pocket and grabbed a bill, holding it out to her. “I suggest you use this to buy your way out of here, or your next john might be your last.”

The woman stared at him, her mouth slightly open. The cigarette fell from her hand, bouncing off the curb and into the street. Tiny embers scattered along the pavement, puffs of smoke fading into the night. She glanced down at the money, her lips twitching anxiously before she lunged forward and grabbed it, skirting a look up the street as she tucked it between her breasts. She gave Gideon a curt nod then backed away, colliding with the lamppost before turning and running for the alley at the end of the block.

Gideon sighed. Chances were the girl would use the money for another hit of crack, but he could hope.

Hope. What a fucking joke.

He’d given up on hope four hundred years ago and didn’t plan on altering his perception of the world, now. Hope was a weakness—one he couldn’t afford.

He shoved his hands in his pockets and continued down the street, ignoring the throngs of people gathered along the road. Usually, the place was deserted, but not tonight, not with the Day of the Dead festival only a couple of days away. What had started out as a two-day event had become a week-long celebration, especially in the cities that dotted the border. All-night parties and tours had replaced traditional ceremonies, and it seemed that everyone thrived on the active nightlife. Hell, bands played on every other corner, while fireworks echoed in the air, making it impossible to think, let alone continue his search.

His search… Another fucking joke.

Half a millennium, and he had yet to see even a passing glimmer of his talisman. He was beginning to think it was all just an elaborate ruse designed to induce insanity. As if being a vampire wasn’t bad enough… Having a fucking conscience coupled with a sense of duty made it an act of torture.

Anguish ate at his gut as he wove through the streets, avoiding everyone who looked remotely human. Hearing their hearts beat in his head only reminded him how different he was, how long it had been since he’d felt the warm rush of blood on his tongue as he drank his fill. It had been easy, at first. But over the centuries, the urge to kill had lessened until it had become an act of preservation only. Animals were his prey of choice and even then he never drank to the point of death.

Gideon swore under his breath and veered to his right. If he cut through the cemetery, he’d avoid the gathering of people leaving a nearby club. While crossing over holy ground would start to drain him, he considered it a blessing that he could walk on the stuff at all. A perk of being an enforcer, he supposed, though there weren’t many of those. And for the few minutes it would take to get to the empty field on the opposite side of the church, the slight burning sensation beneath his skin would be worth it, giving him a clear path to his small cabin nestled next to the fence bordering the graveyard. It would also virtually eliminate the chance of meeting any more hookers. He didn’t need to be reminded of yet another way he failed at being a man. How his cock rarely stirred, let alone made its presence known. He’d gone decades without the company of a woman, and he didn’t see an end in sight.

A raw cry pierced the stillness, echoing through the graveyard. He stopped, honing in on the sound as he considered his options. Either he continued forward and faced whatever scene was unfolding beyond the tombs, or he backtracked.

Gideon snarled and walked ahead. It would be a cold day in Hell before he shied away from a possible fight. There’d been a time when he’d fought an entire legion of men just to keep his skills sharp. Now… Didn’t matter, he simply wasn’t going to get involved. He’d just skulk by—pretend his gut didn’t twist at the thought of yet another innocent death. Humans didn’t seem to give a shit, so why should he?

He rounded the corner and cursed. Just his fucking luck. He’d stumbled upon a gang fight. And not just any gang.

Another unearthly howl rang through the air, drawing his attention to the animal pinned against the opposite side of the wrought-iron fence lining the cemetery’s border. It was small for a werewolf, its dark fur matted with blood. Its lips were drawn back in a snarl as it snapped at the vampires that materialized in front of it. The creatures merely laughed, jabbing at it before disappearing again, ghosting into view several feet away.

Gideon clenched his jaw. Lord knows he had no love lost for werewolves, but something about the animal called to him. He glanced at the sky. Though the moon appeared full, he knew a sliver of it was shaded black. Only a newly turned wolf would be bound to its influence.

The animal growled, catching one of the vampires across the chest as it wavered into view. The vampire screeched, morphing into its true form. The wolf seemed to sense the change, lowering its chest closer to the ground as it prepared to pounce.

Gideon sighed and phased forward, clearing the cemetery grounds and appearing in front of the beast a moment before the vampire struck. Gideon raised his arm, catching the man by the throat when he lunged at the canine. The vampire clutched at his neck, trying to force Gideon to release his death grip, but it was too late. Gideon snarled and twisted his hand, separating the vampire’s head from his shoulders. There was a moment of eerie silence before the body erupted in flames, spewing ash into the air. Sparks scattered across the ground, tumbling in the wind like tiny fireflies.

Gideon raised his head, not flinching when a dozen vampires shimmered into solid form, their eyes glowing red in the moonlight. A familiar scent wafted along the breeze, followed by a loud hissing sound. Another vampire phased into the center of the group, his long black hair flowing in the wind.