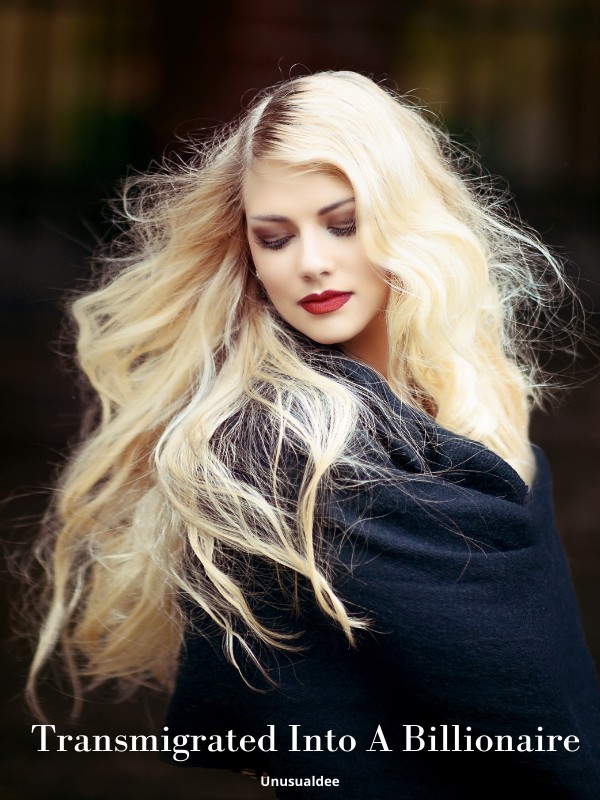 Transmigrated Into A Billionaire

When a jobless MBA holder found herself transmigrated into a billionaire heiress's body, what would happen? Rachel Johnson is a persistent and tenacious woman who died while coming back from her lover's house when she found out that he was cheating on her. When she opened her eyes, she saw herself in a foggy cloud. The sky was endless, which made her feel like she was floating. But in reality, she was not. “Hey, Wake up.” Rachel heard the melodious and pleasant voice speaking in her head. She quickly looked back. “Who are you?” Rachel asked after glancing around. However, she could not find a single soul. Jesus

1: The death and The Transmigration.

“Doctor, why is my daughter not awake yet!”

The loud voice of an unfamiliar woman came incoherently to Rachel Johnson. She wasn’t fully conscious before a huge wave of strange memories came rushing into her mind.

It was the memory of a beautiful girl, all the emotions that belonged to her, the people she had met, her family, education, friends, and so on.

Rachel instantly became troubled, what are all these memories and images that are coming into her head?

Didn't she die after getting crashed into by the truck earlier?

Rachel heard a girl's melodious and pleasant voice speaking in her head. She quickly looked back. That was when she knew that she wasn’t conscious.

“Who are you?” Rachel asked the voice after glancing around and couldn't find a single soul. Is she not dead?!

“No, you are not dead yet,” The voice said again. She could hear her thoughts?

Is she in hell? Rachel thought frantically.

Immediately Rachel heard the girl’s “You are not in hell either. You need to listen to me now. I don't have much time left.”

Hearing the urgency and the desperation in the girl’s voice, Rachel decided to listen to her.

“I am Araceli, A Billionaire Heiress. I don't know how it happened but you transmigrated into my body. I'm already dead but you are occupying my body right now” Araceli explained as she whimpered.

“I'm in your body? Rachel asked, shocked. Is there something like that? Transmigration?

“Yes, I didn't believe in it either. But I think it was because of my strong desire for revenge. You already received all my memories. You can see what I went through. I trusted Xander and Alice but they set me up and tried to get me rape by some strangers. I committed suicide in the process, but I hate them! I really hate them. I want you to avenge me. Make sure that they reaped what they sowed. That's the only way I can rest in peace.

Rachel Johnson quickly searched her memories for any similar incident and saw everything that happened. She instantly frowned her beautiful eyes when she saw how ruthless and ferocious the so-called fiance and best friend were.

“Don’t worry Araceli, I will avenge you and I will also make sure that I live a good and responsible life. Thank you for giving me another chance in your body” Rachel Johnson replied to the voice in a calm and stern voice.

Gradually Rachel felt consciousness slip in, her eyebrows fluttered open and her brown eyes slowly glanced around the room. Everywhere was white, she could see examination tables, health packs, cotton wool, and syringes.

Rachel heard an unfamiliar woman called to her, it was the same voice that was echoing in her ears when she was unconscious.

“Is that the girl’s mother?”

Rachel quickly searched her memory and confirmed that it was really the girl’s mother.

Immediately Mrs. Garcia saw her daughter open her eyes, and she immediately cried out with happiness.

“Honey, see! She woke up!. Our daughter woke up”

Mrs. Garcia couldn't help but cry out in excitement and happiness as she hugged and kissed her daughter.

Her daughter was found in the basement by her fiancé with her clothes tattered, torn, and bruised all over her body actually woke up after three days.

It was really a miracle.

Rachel, who wasn't yet in tune with Araceli's behaviors and attitudes, didn't know what to do or say to the woman that was hugging and kissing her.

She looked back at her gloom with no expression whatsoever.

After sensing that her daughter wasn't responding or anything. Mrs. Garcia suddenly got scared. “Doctor, what’s wrong with her? Why did you look so strange as if she didn't recognize me?”

It was that time that Rachel saw that a doctor was around. Since she woke up, she only saw a young boy, whom she assumed was Araceli's younger brother because of the memories she received and also her parents.

The doctor quickly read the chart in his notes and moved closer to Araceli.

“She might be suffering from amnesia before she hit her head on a wall which made her unconscious for the last three days.”

“But you've already performed surgery on her and you said she's okay. What's happening again”

“Since it was her head that was knocked down. Amnesia is a common problem for patients with her condition. It's not treatable. She might be able to remember today, tomorrow, or never.” The doctor calmly explained to Araceli’s Family.

“Do you not remember me too?” The young boy Rachel saw earlier peeked out behind the old man.

Seeing his lovely and handsome face, Rache couldn’t bring herself to say that she didn’t remember him.

“Acey,” She softly called out.

Shocked by her voice. Rachel had to say it again.

That was her voice? This lovely and melodious voice now belongs to her?

If only her voice was this good in her past life maybe she would have pursued music and saved her family from wretchedness.

He cheated on her with that rich bitch he told her not to be worried about.

If only she was rich in her past life she would have made sure that he regretted his decision to leave her.

“Mum, Dad see! Araceli remembers me” The young boy squealed out in happiness.

Both of his parents looked at him with mixed feelings. Their own daughter didn't even remember them again but only remember her younger brother, if that's not partiality they don't know what it is.

Thankfully he brought you here. Unless we might really have lost you” Mr. Garcia bombarded his daughter with questions after questions with his voice choked with emotion.