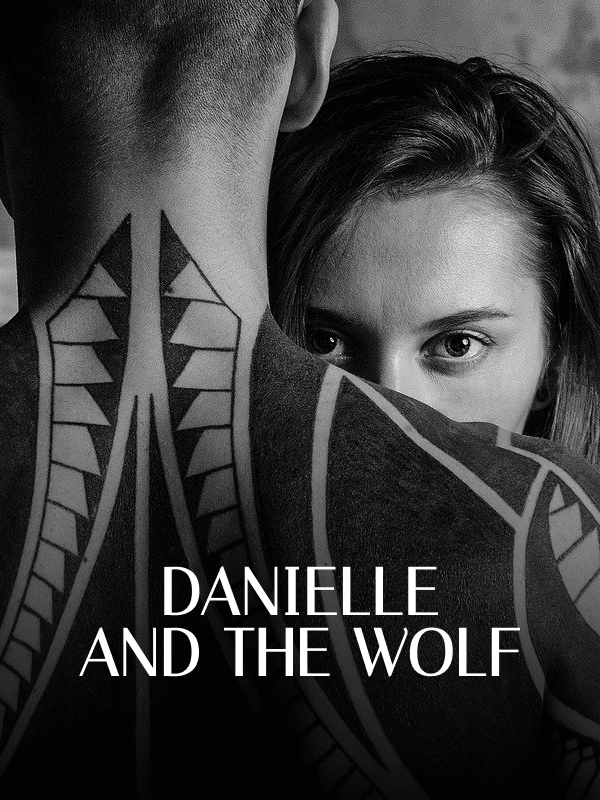 Danielle and the Wolf

After stumbling over a handsome stranger and fleeing, though part of her wanted to stay, a beautiful girl finds herself surrounded by coarse men on a dark night. Fighting for her virtue as well as her life, she finds help from a strange source. A black wolf comes out of the forest to her rescue then falls at her feet, wounded, when the danger is over. Little did she know when she was bandaging her furry saviour, he would become such an intricate part of her life. Taken from her village, she finds magic, mayhem and greed in the castle of her dreams. When the love of her life changes, can she find a way to save him? Will death be the only conclusion to their story? Can Danielle overcome the evil that surrounds her and save her handsome wolf and the child that she carries? Lukas was Prince of a kingdom he could not rule. His father, in a fit of despondency, cast a spell that turned him into a wolf whenever his emotions grew too strong to handle. Now, after wandering the world looking for a way to recant the spell, he's back in the forest outside of his home. When he wakes to see the blonde beauty standing over him, he is enchanted. Can their love be strong enough to save him? Will his father win the day or can Lukas overcome the wolf and his father's magic to give them the ending they deserve?

In a world far different from our own, in a time where men lived by their wits and strange creatures roamed the lands, a child was born. She was born of common folk, parents who marvelled and wondered at the girl who had come from their bodies.

She was beautiful, a child with hair as gold as the two suns that shone down over her world, eyes as deep and blue as the waters surrounding her tiny village. Her features were fair with a sculptured grace so unlike the rest of the villagers who were a dull and loutish group.

She grew swiftly into a woman who made men’s hearts leap in their breasts and caused lust to busily pool in their loins. But she also grew intelligent and gentle with a tender heart for the young, old and injured. Her parents, bemused at having such a child, granted her every whim. And while she should have grown spoiled from the attention heaped upon her, instead, she grew even more lovely and caring.

The days were warm and bright with soft winds and fragrant breezes just starting to turn cold at night as the seasons progressed. The girl, named Danielle after her father’s mother, spent her days out in the village and the surrounding fields. She ploughed and tilled, picked and gathered with the rest of the villagers, singing happily as she helped collect the foodstuffs that would see them through the long hard days of the harsh winter to come.

After the last of the late night meals was cleaned up, her evenings were spent romping around the woods near the river that surrounded the village. She had a favoured spot, a tiny clearing where a bubbling spring gurgled happily. The birds and animals that came to this clearing were never alarmed or bothered by her presence, sensing in her a goodness that calmed their fears. She was treated as one of them, not predator or human but one of God’s gentle creatures.

Tonight, though, after the last dish was washed, the last pot scraped and its contents stored in the tiny cold house deeply carved into the riverbank, there was an expectant feel to the air, almost a gloom of some dark threat to come. Danielle shook away the feeling as she clamoured over the wet stones of the river with a grace that even the most agile mountain animal could envy. She headed for her haven, and her heart sang with the freedom she only felt there.

She reached the clearing as the first sun set in the west. Shadows were long from the second sun, and she knew she had little time to enjoy her solitude. She rounded the last tree, skipping through the deep grass. The quiet that seemed almost as fog didn’t register to her at first, but the man, asleep at the foot of the tree did, cutting off her song mid-stanza and her movement mid-skip.

Her hand went to her breast as she stared at the stranger. He was tall and lean, his legs encased in black leather that was tucked into thick leather boots. His wide chest was barely covered, a white billowy shirt loosely held closed by thin, white strips. But it was his face that caught and held her attention so completely.

He was beautiful. There were no other words for it. His hair was thick, and long, black waves fell over his shoulder and around his head into the grass. His features were classical, and he had a long, thin nose over a wide mouth, sharp cheekbones and thickly lashed eyes. His wide forehead was smooth and worry-free in his sleep.

His eyes would be brown, she thought as she moved closer on silent feet. Brown and rich like the drink that the village elders made to warm themselves on cold winter evenings. Her own eyes, blue deepening until almost black, roved over the picture he made laying in her clearing with the grass as soft as a pillow under him.

He woke suddenly and reached for the long sword that was strapped at his side. Before she could blink, he was on his feet, the tip of that sword pressed firmly against her throat and a snarl on his lips.

She didn’t know which of them was more surprised. He hesitated for a few brief moments, his startled eyes gleaming in the nearing darkness as they roved over her with a warmth that was almost tangible. Then his sword fell carefully from where it had rested in the hollow of her throat.

“You startled me, wench.”

His voice was deep, a voice meant for singing in Lord’s halls in front of a fireplace on winter nights. Or to murmur sweet words into a woman’s ear under the hangings of a massive, four-poster bed. They caused shivers to start in her toes and travel sneakily up her nerve endings, tightening her nipples into taut buds that thrust against the rough fabric of her tunic.

But while the voice was wonderful and startling, what had her complete attention were his eyes. They weren’t the deep, rich brown she had expected. Not even close. No, they were jade, a true and eerie green that almost shone in the half-light of her haven. They drew her in, caused a hitch in her breathing and a shiver of something she had never felt before, something that was dark and sweet.

His words made her start, and she realised that she had been rudely staring at the stranger.

“Yes.” Her reply was a breathless almost whisper and she cleared her throat. “Yes, sir,” she said again a little louder. “You startled me. I wasn’t expecting anyone in my clearing.”

He smiled, amused by her embarrassment. “This is yours?” He gestured around the clearing with his free hand. “It belongs to you?”

She twisted her slim fingers into her skirt. “No, sir. It belongs to the Lord. He lives there.” She pointed at an area just beyond his shoulder and up. “I come here to enjoy the evening, sir. I do no harm.”

The stranger never even glanced in the direction she pointed. He didn’t see the huge castle that seemed to dominate the hillside it sat upon, a castle built of white stones mined from a country far to the south and carted to this spot. It glistened in the dwindling light, expensive glass windows sparkling as the last rays touched their mirror like surface. Statuary stood out in bold relief against the shadowed walls that surrounded the keep to make it seem so much a world onto its own.