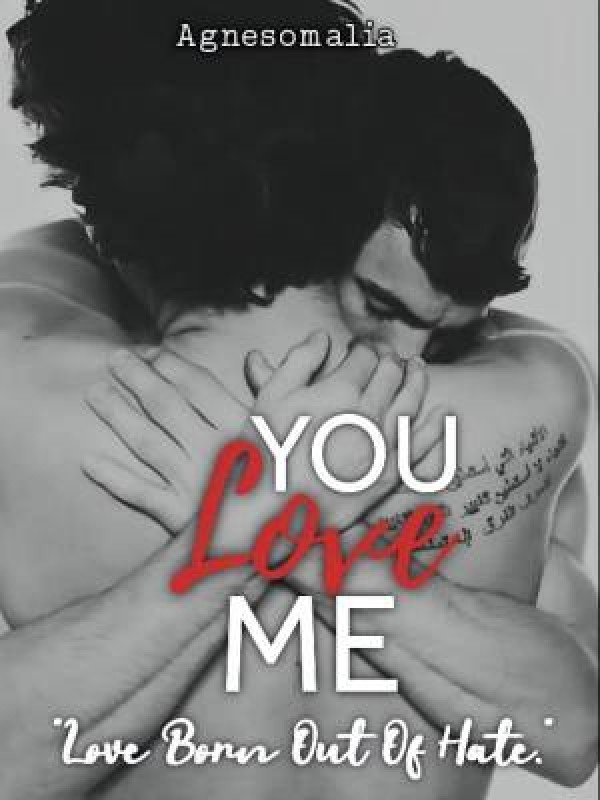 Jaden Cole is an eighteen-year-old high school basketball captain. He is loved by all for his perfect image. He doesn't do drugs or smoke but party hard just like every other kid on the block. His clean boyish attitude is like a magnet that attracts all the girls around him who will stop at nothing to get in his pant but Jaden doesn't keep them around long enough to want to claim the relationship status in his life. But one day, things changed when a new kid, Ryder Smith shows up in his class. He is dark, mysterious and the complete opposite of Jaden Cole. He smokes, has tattoos, and rides a Harlem to school. Ryder Smith is your typical bad boy, with lip piercing and has no mouth filter. But beneath all that roughness is a big loveable heart and will do anything to have Jaden Cole see it, only problem is, Jaden Cole doesn't want anything to do with Ryder Smith, or does he?

I woke up this morning feeling like shit after hanging out with the boys at Noah's family cabin.

I don't even remember the girl I was with last night because i never really got her name either but one thing I couldn't forget even if I tried was that proactive lips of hers.

She was pretty straight forward when she got down on her knees with my tree in her mouth in a matter of second doing the unthinkable.

It wasn't really a party. Just some friends hanging out with drinks and girls offering free sex just to chill with us.

Yeah, I know exactly what you are thinking right now but just to put your curious mind at rest. My friends and I are exactly who your mom probably warned you about and your lame ass boyfriend hates because he can't be us and every girl he probably had a crush on want to get in our pants.

We are the most popular kids in Springfield high and to top it all of, we are the kings of basketball court.

Yup! We are all of that and a lot more but right now, am definitely not feeling very high and supreme. My head feels like it's about to explode if I do as much as move it in the wrong direction.

Maybe I need to sleep some more to ease the extra buzzing in my head but I couldn't. At least not at the moment.

My class was starting in an hour plus Coach Mike was demanding to see everyone without any form of excuse.?

I also have an essay to turn in before the end of today and can't be postponed any longer than necessary.

I need the extra score to up my grade if I wanted to make the scholarship list during graduation because I can't afford another student loan. I mean not when I have my sister Jasmine breathing down my neck.

I managed to dragged myself into the bathroom with a huge erection am definitely not in the mood to attend to.

I stepped under the shower with my head hanging low with water trickling down my naked flesh. Cold showers have a way of relaxing my aching muscles and putting my mind back on track to face a new day.

I was still in the shower when I heard someone barged into my room, followed by my sister's voice calling at me.

"Where are you Jaden"

"In the shower Jas, what do you want" I called back still focused on washing off the shampoo from my golden locks.

My hands came to an abrupt stop just about immediately at her statement.

"What?_I mean what happened to your own car"

I could imagine her rolling her eyes at my question even without looking._Jasmine was that much of a handful.

"Still not fixed so don't even think about leaving without me"

What?_is that warning I hear in her voice? Because I can literally imagine her pointing that little index of hers at my direction like she is the boss of me.

I mean_she is not even my mom even though she look like the young version of her.

Blue eyes, blonde hair and skin like snow. While I on the other hand may have the golden locks, my eyes is far from her deep ocean blue. It was just a pale and almost close to light grey like my dad's.

Not that am complaining or anything but Jasmine can pretty much get away with anything by shedding a few tears with those eyes of hers.

Jasmine can very much get any of her minions to drive her to school if she wanted so why me and even worst, why did she not inform me earlier than now, unless she needed me for something fishy and expect me to play dumb to it.

"And you didn't think it's important to inform me before now? What if I had slept over at Noah's and not come home?"

"Uhm well, the last time I checked you were out partying with your friends so forgive me if I didn't find it funny enough to come crashing down your party just to inform you how important a ride to school is going to be for your little sister this morning"

Again with that manipulative tone of hers?

I heard the door slammed before I could protest any further or even ask that she get her best friend Tiara to come pick her because I was already late for school.

I should have had her car fixed earlier than now. I was too busy with practice to even remember and now she is more than glad to make me her chauffeur.

Ten more minutes and i was neatly dressed in a white T-shirt and paired with my washed out Jean before grabbing my favorite yellow and purple school jersey jacket from the chair.?

My new Jordan sneakers kept bouncing off the floor as I hurried down the stairs. I was almost at the door before I halted in my next hasty step and made a reverse towards the stair with a snort.

That was me right there forgetting all about the fact that, that little lady still up in her room doing whatever she was getting at just to get dress, just asked me to drive her to school like fifteen minutes ago.

I hate when she pull off one of those her impromptu shit on me. It's not funny especially when she is the type that could take the whole day just to get dress and I don't have time for that kinda stuffs.

I glanced at my watch and groan in annoyance.

"Hurry up Jas or we are going to be late"

I called at her from the bottom of the stairs hoping it will get her to move faster before strolling into the kitchen to pour myself a glass of juice and toast some bread.

If she was going to make me wait then I better make breakfast.

Five more minutes is all I can spare before I completely lose it.

"I'll be right down!" I heard her voice called back and shook my head.

I kept gulping down my juice while glancing at my watch very darn second like a freaking maniac because Jasmine was obviously far from getting ready and am not going to wait another minute more than I should.

I hurried out of the kitchen and stood at the bottom of the stairs and called at her again for the very last fucking time.

"Jasmine!_is either you get your butt down here right now and let me drive you to school or you can call Tia to come pick you up because am done waiting for you. Now you can decide which option is best for you because am out of here"

I heard her voice yelped in panic as i picked up my gym bag from the sofa and began to hurry out the door not minding if she was actually coming or not.

Jasmine was sixteen not six and the fact that she has to keep acting like a child every step of the way isn't funny anymore.

I didn't make it far off to my car before I heard her footsteps running after me. I unlocked the door and got in and she did same with a huff before turning to face me with an angry glare.

"Were you seriously going to leave without me?" Her brow raised in suspicion.

"Nope but I was seriously hoping it would get you to come down faster than an athlete and it did" I shot her a toothy grin and she rolled her eyes at me.

Jasmine had this unbelievable look on her face as she huff and puffed some more and gave my shoulder a push when I chuckled at her reaction.

"You are so fucking mean"

she clicks on her seat belt, giving me a sideways glance. And I blew her a kiss causing her to literally gag at me.