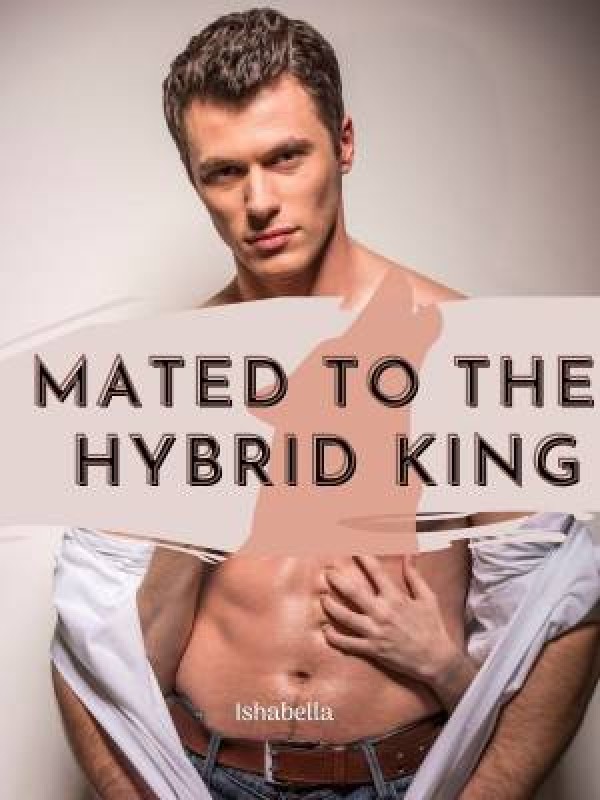 Mated to the hybrid king

What you have done to me, Hazel?" Asked Xander staring at her turquoise eyes, his hand encircled Hazel's waist strongly. Hazel slyly smile and replied, "Nothing. Just I stole your heart secretly and merged it with mine, my love."Let's witness the love saga of heaven and hell, angel and beast. How an ordinary girl, Hazel became the fated mate of Betrayed and banished prince of Wolf world? What will happen when she will know Xander's true identity? What will happen when she will know about her own identity?? Will the prince get his revenge and become the king of the wolf world or again he will be betrayed like his father?? Are the wolf, vampires, and all other underworld creatures going to accept a hybrid of Vampire and Werewolf, like Xander as their ultimate king of Underworld or there will be a fatal war that will shudder the whole secret world, killing numerous creatures????T o know these answers read the story of love, betrayal, revenge, and of a magical world..

(Welcome to a fantasy world. Enjoy your journey readers!)

"Run fast, you sleepyhead." Shouted Anna, from the open window of the Bus.

The bus departed with strong jerking as soon as HAZEL entered and her angry friends started attacking her with their words. It was very obvious though as they were waiting for almost half an hour.

"Sorry for being late Anna. Again I missed the alarm. Don't be angry," murmured Hazel.

Ruth annoyingly replied in her grammy voice, "We don't even expect your punctuality, Hazel. You always do this. But today you were about to miss the bus. It's too much. You are half an hour. Can you believe it? Lonnggg 30 mins!"

"Fine fine. I am sorry," Hazel replied in a breathy voice.

After a long effort, she was able to calm them and their party began. The bus was fully crowded with the students of the Final year of Prince William Sound College at Valdez in Alaska. The cacophony of the bus was unbearable as every student was busy shouting, singing, and chit-chat gossiping. There Hazel was a mismatch because she was an extreme introvert girl with her voluptuous posture, dark brown wavy hair, beautifully expressive turquoise eyes, longer lashes, and thin lips. Her divine beauty and flawless fair skin couldn't be avoided by a single boy in her college but her mysterious and reserved attitude saved her from numerous proposals.

Although she was talkative with her only two friends of the universe Anna and Ruth, both 20 years old like Hazel, young, beautiful, and energetic.

The bus reached its final destination after a long two hours at the Boreal forest of Taiga in the Northern zone.

The wild dense forest doubled the young group's energy and excitement started pouring among them seeing their tracking spot, the dense forest and snow-covered mountain facing each other and the chirping of billion birds and sometimes the hoarse shouting of unknown wild animals were creating a mysterious atmosphere alike the spooky movies' scenes.

Hazel along with her 25 classmates and 5 Prof. reached their tents. It was already evening and they were already tired so they decided to commence their adventure the next morning. The cacophony started increasing at the camp. Hazel was roaming alone near the tents with a torch absentmindedly as her friends were sleeping in the tents.

"Come, dear, join us. Just one dance please Hazel," shouted Dereck in his croaked voice(the moment he got down from the bus, he got busy engaging the girls of the college), a tall, handsome, and of course daring boy. Despite being extremely famous among girls, he was mad at Hazel and already got rejected two times yet a strong optimist. According to him, the bends of her hips and the fullness of her bosom are reminiscent of the idea of perfection.

"No, Dereck. Not in the mood. By the way, don't call me Baby. I asked you before also. You need a brain booster," Hazel replied sarcastically.

"Uppz... someone got rejected again." whispered Alec, "Why do you always try to win her? Don't you know she is kind of beyond limits?"

"Not for me. Life is meaningless if I don't get the chance to touch her." Said Dereck in his low voice.

"Such a pervert. He has no shame at all. Don't know when he will be tired. His handsome face has become meaningless due to his repulsive personality," murmured Hazel and started walking again towards the forest. That was her first time, visiting a forest and the moment she arrived in the area a strange urge of going inside the forest started to drag her.

That side of the forest was calm and silent except for the monotonous sounds of wild insects as it was a little far away from their camp. Suddenly Hazel heard a faint growling. At first, she thought it must be the sound of winds but the more she walked inside the forest the more the sound started to increase and cleared her to doubt that it was none other than a cry of any wild animal.

She slowly started to walk following the painful cry. Within a couple of minutes, she noticed a silvery grey wolf with its long bushy tail and golden eyes howling in pain. The front leg of the wolf was covered with fresh blood and it was trapped by a thorny net, that may be spread by the poachers. Though the wolf was healthy and medium in size yet it had no more strength left to fight or attack anyone and there was no chance of its survival from that trap without human or other wolf's help. Hazel felt pity seeing its pathetic condition and instantly ran to help. Though she was afraid of its wild nature, its eyes were so humanly and she felt like it was asking for her help. So without any second thought, she started to untie the thorny trap, though it was really difficult as it was tangled in a very bad way her hands were working magically in a smooth way. She was not the only one who heard the growling so as a result of it a small crowd gathered around her along with Ruth, Dereck, Alec, Joey [Dereck's girlfriend], Anna, and Prof. Henry. Most of them told Hazel not to untie it because it could attack her but, of course, Hazel was an adamant girl, so their words went in vain.

"At last done. Awww! poor pup, I hope you will be alright" murmured Hazel after a long 10 minutes. She untied the whole trap though it cost some bloody scratch all over her hands. She started cleaning the front leg with her handkerchief and the wolf pup lay silently without showing any sign of attacking. Almost the whole crowd lost interest and left her except her friends and Prof.

"Ruth, can you please bring some water, some fried meats and pieces of cloth? Please return quickly." Anxiously asked Hazel.

"Hazel you are really brave. Don't you scare it?" asked Prof sweetly.

"Of course I do. But its eyes were asking for my help and I couldn't reject that. This poor wolf pup is indeed cute. Don't you think?" excitedly asked Hazel.

Prof. replied, "It's not a pup, it's almost full-grown and it's quite huge. So be careful."

Ruth came back and Hazel gave the wolf the fried meats. Within a few minutes, it completed all the meat and water and Hazel tied its wound after completing first aid treatments. The wolf was now in a better condition rather than a proper condition to walk, attack, and kill but despite those, it just came closer to Hazel and laid its head on her lap like a dog, and started purring. Hazel patter its head covered with soft grey fur gently then it stood and started walking towards the dense forest. It looked back once again at her with its golden burning eyes from the dark forest. Hazel noticed there were three other pairs of eyes just waiting for that wounded wolf, all eyes were staring at her gratefully. Then they all vanished into the darkness of the forest and the impenetrable darkness again engulfed the whole surroundings.

Hazel sighed happily and walked towards her tent.