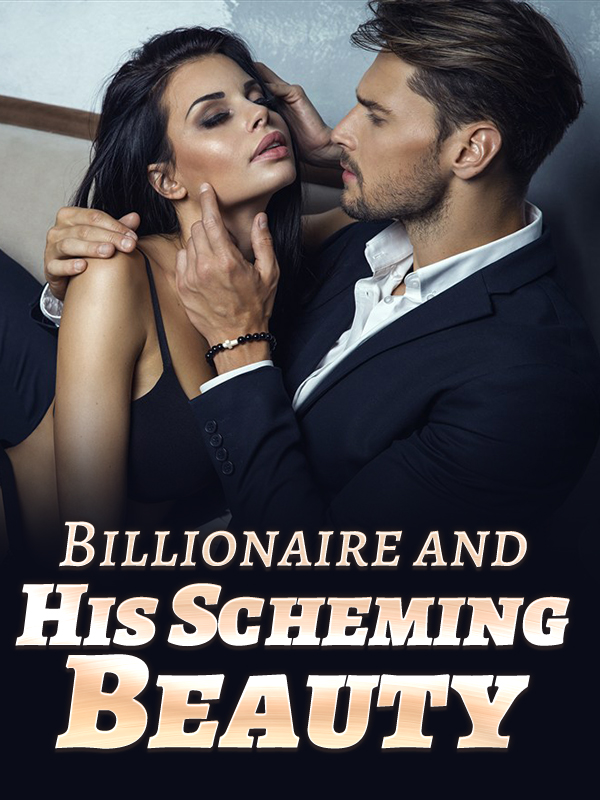 Billionaire and His Scheming Beauty

When Fleur married Olivier, he had already fallen for someone else. So she used all her means to change his mind. After getting married, she acted like a spoiled child. Olivier hated that she was always pestering him, and he would say, "Don't touch me."However, later, he fell for her and got used to her pestering. His pet phrase became: "Come to my arms."Everyone thought that Fleur must have loved him to death, but she said, "I have wonderful acting skills."However, when it came to acting skills, she was far inferior to Olivier. He had used marriage to put on a wonderful and exquisite show for her. Later, that beautiful and coquettish woman disappeared from Olivier's side. No one dared to mention it. Only Olivier would call her name over and over again when he was unconscious.‚ "When you came, I had nowhere to hide from you. When you left, I didn't how to cure my heart.

It was one o'clock in the morning.

The click-clack of Fleur Leroy's high-heeled shoes awoke the owner of the Night Villa. As she entered it, her shoulder suddenly got caught in a tight grip. A weight settled on her chest, followed by a gentle grope.

The lights switched on, revealing a snorting Odette Durand. She said, "You come to my house in the middle of the night, waking me up from my sleep, shouldn't I get some sort of tip for that? I might as well have a feel of you since all you have is your pretty little face."

Fleur responded unaffectedly, "Then help me do something that's worth more than my face."

Fleur's eyes flashed as she said, "I want a man."

Odette looked at her in surprise. "Who?"

Fleur added, "You are Y City's top courtesan. You know countless people from elite society: dignitaries, politicians, tycoons. Olivier is your personal honorary customer， so you're my shortcut to meet him."

Odette sneered, "Do you want his love or just a quickie?"

Fleur stood deep in thought for a while before replying, "Odette, if you do this for me, I‘ll write off our past grudges."

Odette narrowed her eyes. Fleur had an unrivalled The Stunning Club, as well as a fiery yet enchanting personality that always made her tough to figure out.

The feeling of being ordered to do something was just very new to Odette is all.

"Why do you want to meet him?"

Fleur's eyes seemed to dim for a moment before she said with a smile, "Who doesn't want to meet those big shots from society's upper crust? Unlike you, I was born on the finish line."

Odette knew a lie when she heard one. Fine, if Fleur did not want to elaborate, she would not push it.

"Fine, I'll arrange it. Consider this repayment of my favour to you. Olivier does not hold his drink too well, use that to your advantage. I'll send him to your place tomorrow night. You're on your own from there."

"Thank you. Remember: keep this between you and me." Fleur then turned to leave.

"...You really are something," Odette said. "But you must understand the consequences of this. Olivier is not your typical street chump."

Fleur stopped in her tracks. "You just need to send him over. I'll deal with the rest," She said briskly before leaving.

Odette watched her leave. As a woman herself, she could not help but admire Fleur's The Stunning Club.

Everyone called Odette Durand beautiful, but that was only because they had yet to see the enchantress known as Fleur Leroy.

It was eleven o'clock the next night.

The sharp tinge of alcohol permeated the air.

Olivier Martinez woke up at one in the morning. He felt a woman beside him, soft and smooth. He said nothing. In the dark, only a moment's respite remained. He went to the bathroom after the moment passed.

Cold water cut through the satisfaction of his flesh and the murkiness in his mind left from alcohol.

The bedroom lights were still off after Olivier finished showering. A carnal smell still lingered in the air. He frowned slightly, then made to leave.

As his hand touched the door handle, the lights switched on. He squinted, eyes hurting from the sudden bright light.

"Hey, are you really just going to leave like that?"