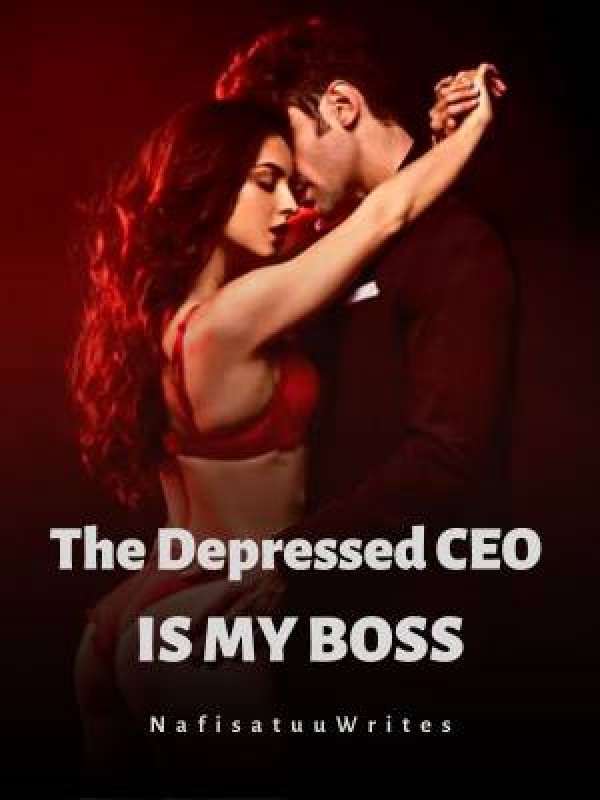 The Depressed CEO is my boss

“Don’t... stop...” she implored before she moaned again. “I must say, this interview didn't go quite how I expected it.” He admitted. His feather light finger dragged across her boobs as his face hovers over hers. “Are you ready to work hard for me? I don’t promise to go easy on you.” He whispered in her ear. “Oh... Yes....” She moaned out, “Anything you need,” she whispered.

“I must say, this interview didn't go quite how I expected it.” He admitted. His feather light finger dragged across her boobs as his face hovers over hers.

“Are you ready to work hard for me? I don’t promise to go easy on you.” He whispered in her ear.

Isabella walked into the busy halls of Grayson’s Enterprise with the full intention of getting hired as the Supervisor of Ethan Grayson, The CEO of the company. It was time for her interview with the CEO, their eyes met. He had the kind of face that stopped you in your tracks. And from that day after Isabella had gotten the job, she knew something hot was going to happen between them although he was engaged already.

Her nerve endings tingle with pleasure as she writhe on the bed, hips gently buckling... “Omg... yes... yes!” A handsome face rises from between her legs, lips kinked to the side in a knowing smile. Her eyes trail with admiration from his deep, sparkling eyes to his strong jaw and chiseled biceps... she grasp at the satin sheets beneath her, a desperate attempt to anchor herself as another wave of ecstasy breaks... a hand entwines with hers, holding her steady. “Don’t... stop...” She implored before she moaned again. He kissed his way up her chest, settling the length of his body against hers.

“I must say, this interview didn't go quite how I expected it.” He admitted. His featherlight finger dragged across her boobs as his face hovers over hers. “Are you ready to work hard for me, Bella? I don’t promise to go easy on you.” He whispered in her ear. “Oh... Yes....” She moaned out, his deep voice causing a hot ball of desire in her stomach to funnel down her legs and up her chest. She gazed suggestively over his body. “Anything you need,” she whispered.

He pins her wrists over her head and grins before trailing hot kisses down her neck and chest, his tongue teasing her nipples through her bra. “Good, because I'm afraid this job requires long hours. We might be up all night...” Their lips come together in a passionate kiss. She felts like she was on fire as his hands trail down to her hips... suddenly, he flips her over so she’d stranding him, chest to chest.

She moan as her centre makes contact with the undeniable evidence of his desire, and her hips rock against his. “Ohh...” She moans out, loudly. His hand traces an electric path up her spine, then reach for the clasp of her bra. “I don't think you'd be needing this anymore...” She gasped as her bra falls off, and his lips graze the bare skin of her boobs, his tongue flicking out to tease the peak... She couldn't catch her breath as the sensations overwhelm her. All she could think, over and over and over again, she needs him.

And just as the wave was about to break...

The alarm went off, letting out a loud sound. She bolts up right gasping for air. “Damn, that felt real.”

The details of the dream were fading, but the physical effects still lingered. Her nerves were quivering, her skin was sweaty, her heart was pounding...

Either she really gets some, or she's more nervous for the job interview than she thought... “Crap! The interview! I have to get ready.” She quickly gets off the bed and grabbed her laptop, still open to the biography of Ethan Grayson, the CEO of Grayson Enterprises, one of the top Biodegradable Plastic Production companies in the world.

His headshot on the page, catching her eyes. “My future boss, hopefully.” She sighed, taking her eyes off the laptop for a minute. “Oh crap, I can't believe I just had a wet dream about him.” She shook her head, unconvincing. She tries to shove the illicit thoughts out of her mind as she clicks to the job posting in another tab.

The second in command in the company and will oversee production in the absence of the owner, general manager or CEO.

“Focus, Isabella. You only get one shot at a first impression on Ethan Grayson, and you need this Job. Not only for you, but for your sister.” She continued reminding herself as she got ready for her interview. After her bath, she dressed up in a short black fitted dress with a golden blazer on top. “He will be eating out of the palm of my hand in no time,” she commented, taking another twirl in front of the mirror.

She takes a deep breath, then heads out to finally meet Ethan Grayson.

Later that morning, she enters the immaculate lobby of Grayson Enterprises and approached the front desk. “Hello, I am here for the supervisor interview with Mr. Grayson.” The receptionist smiled at her. “Ah, yes. His eleven o’clock is running a bit late, but he said to send you in. Follow me please.” She finished off with another smile. Everyone there seemed nice. From the securities out front to the receptionist there.

She took a deep breath as the receptionist leads her through the halls of Ethan Enterprises....

But as soon as she steps inside Mr. Grayson’s office, all prudent thought disappeared when she sees him glance up from his desk. ‘How is he even more gorgeous in person?’ She mused to herself as she tried to restrain herself. He gestures for her to come in and sit as he tries to wrap up his previous meeting. She settled down at one of the visitors chair, waiting for him to finish with his meeting. And from time to time, she take a glimpse at his alluring face.

As soon as he was done, he turns to give her his full attention, and her breath catches at the intensity of his gaze. “Ms. Jonathan,” he calls out her name. He looks her over from head to toe, and his lips part in a soft exhale. He ignored the feeling swirling in his abdomen and went ahead with the interview. “Its nice to meet you, Ms. Jonathan.” Mr. Grayson reaches to shake her hand, and she feels an illicit spark as her skin brushes against his.

“Tell me a little about yourself.” He started off, going through a file that he had in hand. Isabella took in a deep breath before she started speaking intently. “Well my name is Isabella Jonathan. I am from Massachusetts, Boston. I moved here with my sister when our parents passed away....”

“Fast forward please I have other things to do.” He spoke abruptly as he took a glance of his wrist watch.