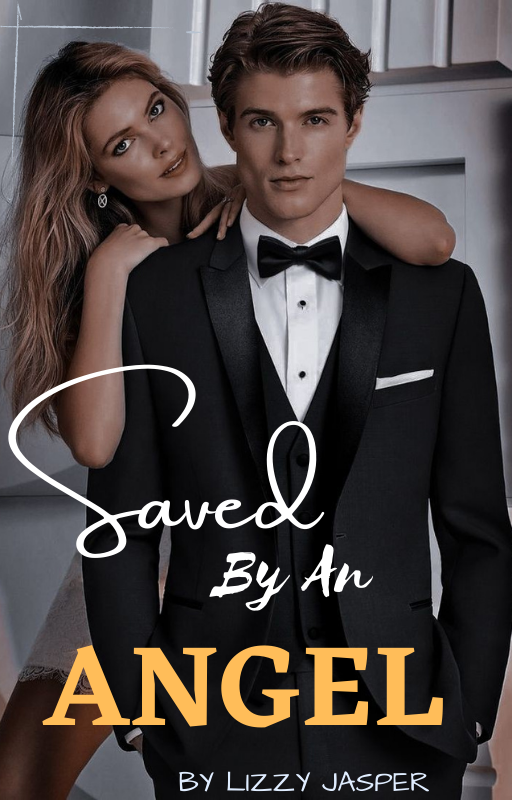 Saved By An Angel

During a terrible storm, Billionaire playboy Ernest Nacosta crashes his plane into an abandoned thermac an unknown lady comes to save his him and nurse him back to life. Amanda Edwin is on the verge of losing everything she ever had to the bank when someone crashes an into her father's old thermac and destroys her only hope of money left. Will the past of the playboy come in between them or will Ariel allow the wolves of her family destroy her completely?

The rain was coming down hard, and Amanda knew that the roads connecting her small property to the outside world would be closed. Most of the low-lying areas had already experienced flash flooding in the wake of dismal weather caused by the remains of the cyclone, Zelda, which had hit the northern coastline last week. She had thought the storms were over because the last two days had been beautiful and the sun had finally begun to dry out the soggy ground.

A lightning strike lit up her darkened bedroom with an almighty thunderclap that shook the foundations of her old timber farmhouse. She went to the big bay window and stared out into the early morning light of the approaching dawn towards the two, huge greenhouses her father had the foresight to build. They were badly in need of repair, and she hoped that this latest turn of the weather wouldn't do any more damage to the structures. She only had to hold out another few weeks until Valentine's Day and the profit she would make should get her through another year.

The sound of the heavy rain on the tin roof of her home seemed overlaid with a loud humming, and she peered out into the rain-soaked pre-dawn light trying to follow the line of old poles that held the electrical wires that connected her to the outside world. The transformers didn't seem to spark or glow at all, and she could see the dim lights in greenhouses which meant everything was still working there. Another bolt of lightning lit up the sky. It was then that she saw it, just beyond the translucent panels of the greenhouse which had obscured her view somewhat.

A small plane flying low banked one-eighty degrees and looked like it was going to attempt to land on the old airstrip that had serviced the property before civilization had encroached on the area to deem it semi-rural now. She watched only a second more to be sure of what she saw in the driving rain, before swearing loudly, "Fuck! No!"

"No, no, no, NO!" Amanda cried, and she raced through the house to the back door. Pulling on her boots and long oil-slicked jacket, she grabbed a torch and jammed her Akubra on her head. Her eyes wide in panic, she ran, waving the torch, trying to warn the pilot that, although from the air it might look like a good place to land, it was in such a state of disrepair from lack of use over the last decade that any attempt to land there was suicide.

Rain streamed down her face, and she ran, waving the torch futilely as she watched the small plane come in for the landing. It was dark, even with the sun trying valiantly to break through the clouds. She stopped running to watch in abject horror as the plane bounced, jolted, and shuddered as it attempted the landing. The landing gear buckled with the force of one particularly bad jolt, and eventually, the small plane shuddered and dipped its nose, skidding along the ground and turning the plane directly into the path of one of her greenhouses.

She could see the pilot fighting with the controls, the engines cut and died, but it was all too late, and she watched all her hard work and any hope of making it through another year managing this property and business shattered as the wing of the plane sheared into the greenhouse. She screamed and ran forward again. She tried not to look at the damaged equipment and plants as she reached the now still plane and tried to work out the latch so she could get in there and make sure the pilot was okay.

Finally managing to open the door the wind took it from her hands and reefed it back on its hinges. Scrambling on board, Amanda found the plane's sole occupant, slumped in the restraining seatbelt, motionless. Using both hands, she pushed his body into a more upright position. His longish hair fell over his brow, obscuring his eyes, but she felt a distant sort of recognition as she took in the olive skin, square jaw, and aquiline nose of the pilot. She removed his headset and softly brushed his hair back behind his ears, checking for any signs of an injury to his face or temples.

Slowly and gently she probed his head for any sign of injury and, satisfied, she checked his body for any sign of broken bones or misaligned joints, watching for any reaction that might be an indication that he had a serious injury. Lightning flashed and she shook herself free of her consideration of the man. It was a quick decision time. Medical help was a couple of hours away in good weather, but with the road closures that we're sure to be happening around her property that could be extended considerably. She had to get him out of the plane though, that was a given. She had no idea how much fuel he had or how much damage was done during the crash. Moving his large unconscious form, though, was going to be tricky. She considered her options.

She lived alone here, running the nursery herself, so there was no one to call for help. Her neighbors on one side had sold out to the encroaching housing estates, and her neighbor on the other side was a man she referred to as the Vulture, so not him. If she waited long enough the neighbors hired hands might arrive, and she could flag one of them down, but as the thunder rolled again, shaking the plane, she knew she couldn't wait.

"Time to wake up, sleeping beauty, don't make me kiss you!" she said loudly, shaking the man's shoulders with gentle force. Keeping her eyes on his face, she knew she wasn't overstating the facts. His face was handsome. His mouth seemed to curl into a half-smile, even in his unconscious state, with full lips that she found so very tempting. For one crazy moment, she thought about the waking sleeping beauty with a kiss scenario, but she didn't. Not just because she didn't kiss strange men who crash-landed on her property, even if they looked like Greek gods, she didn't because his eyes began to flicker open and he mumbled an unintelligible slurring string of words.