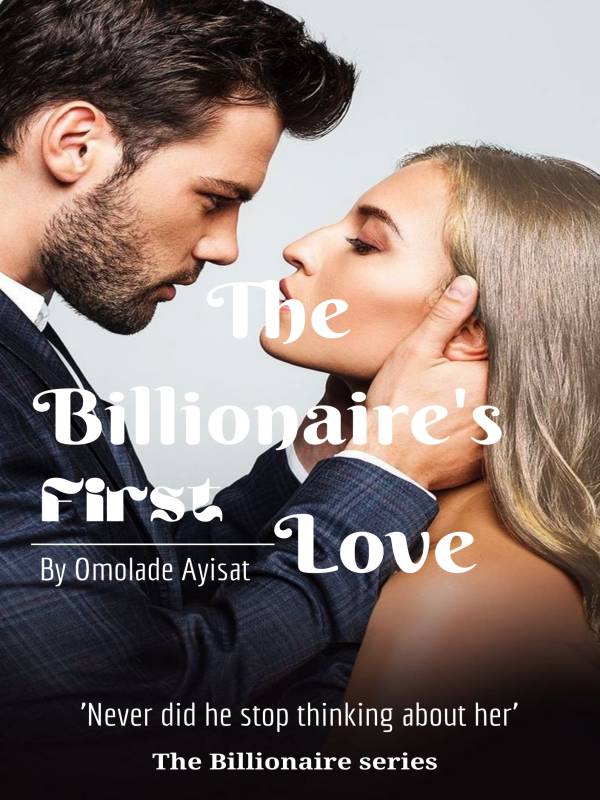 Adam Sleeves had it ALL, but despite being this privileged, there was a void in his life. (True Love)Can that void be filled when a familiar face whom he recognised as his first love reappears in his life as his children's nanny?

“Is it one of your mistresses?” Oliver asked suspiciously when his friend’s phone rang for the third time. He was seated on the sofa beside Adam in Adam’s luxurious office.?

“It’s nothing!” Adam’s cold voice came through. He still did not answer the call.

Oliver stared at him for a few seconds, trying to find out if something was truly wrong. Just like always, Ollie could tell something was wrong but making Adam open up to him was another thing entirely. He had never known anyone as secretive as his best friend.?

Oliver was about to continue their conversation when Adam’s phone rang again.?

He cursed softly, running a hand over his face. “One minute,” He said to Oliver, then finally answered the call.?

“What is it, Mom?” He literally raised his voice at her over the phone.?

Oliver watched as his best friend conversed with his Mother on the other end. Adam didn’t say anything. All he did was listen to all that his mom was saying with a bored look on his face. And the moment one minute was up, he ended the call.?

“I’m sure you didn’t allow her to finish what She was saying,” Oliver said immediately.

Adam ignored. He put his phone on silent mode and tossed it in his jacket pocket.?

“What do you mean?” Adam asked immediately.?

“Will you ever forgive your parents? Your mom loves you so much”?

“Did you just mention ‘Love’?” Adam replied with a disgusted look. “Doreen and George are the most selfish people I’ve ever known. They only love and care about themselves and maybe my siblings!”?

“What if they’ve learned their lesson and are just trying to make it up to you?”

“There you go again taking their fucking sides!! I’m not in the mood to argue or talk about the people who ruined my life and now acting like they fucking care!!!”

“I’ll always have your back, Adam but aren’t you tired of all of these?”?

“Dude, it’s been years since I saw you smile. I can’t remember the last time you were genuinely happy. You’re not on good terms with your parents, siblings and even family. You pretend everything is fine with you and that you don’t need anybody.”?

“Cut that crap, Adam, you know I’m telling the truth. You hide your pain by burying yourself with work, womanizing, drinking, and smoking. Aren’t you tired of this pathetic way of life?”?

“You care so much about me. You’re always there for me when something comes up but you wouldn’t even let me do the same for you. I literally have to shove my hands down your throat before you open up to me!”

Adam let out a long, deep sigh. “How am I being secretive when there’s nothing going on in my life that you don’t know of? I’m not going to deny having a pathetic life because that’s reality for me”

“I’ve got all the money in the world, the fame, thousands of women at the snap of my fingers, yet, I feel so empty! You’ve got a solution for that?” Adam said to his best friend.?

“Your parents, your kids, your wife, your children? Why won’t you feel empty when you don’t give them a chance in your life?”

“You mean those people who destroyed my life?” Adam scoffed. “I would rather be on my way to the club than to sit here, discussing them with you.”

“You’re mad at those innocent children too?” Oliver asked in disbelief.?

“Of course not! They are my flesh and blood and as you said, they are innocent so why would I be mad at them?”

“It’s just a pity that they are born to shitty parents like myself and Tessie. They definitely deserve better.”?

“All of these have to do with HER, right?” Oliver mentioned for the first time in a very long while, looking at Adam intently.?

“With who?” He asked with creased brows.

“Katherine!” He whispered, but loud enough for Adam to hear.?

Oliver didn’t miss the pain in Adam’s eyes before Adam looked away.?

Adam turned to look at him “And you think I haven’t tried to do so?”

“It’s been years and I promise you that no day has passed that I haven’t thought about her. Sometimes, I think that I actually deserve my pathetic life. Payback for all the wrong I did to her!”

“Adam....” Oliver was saying but Adam stopped him with his words.

“I know you care about me so much and I truly appreciate your concern but I don’t want to talk about HER, my parents, wife or siblings.”

Oliver was about to say something else but Adam cut him off again, “I’m used to this lifestyle, I know that happiness isn’t for me and I’m fine by it. I should get going, Sandra must be waiting for me at the club.” He said, taking a glance at his wristwatch.?

“Not Sandra Banks. I met this one a few weeks ago.”?

Oliver exhaled, “I know I shouldn’t be telling you how to live your life but to be honest, I’m not happy with your carefree attitude. It’s understandable that you hate your wife but can’t you just stick to one mistress instead of having many of them?”

“They always throw themselves at me, remember!” He said without a care in the world.??

“And haven’t you heard of self-control? I know you use them to pass time but you’ve got to put a stop to it. If not for anyone, do it for your children. At some point in their lives, they are going to face humiliation from your actions. You say they deserve better and yet, you aren’t taking steps to make things better!”?

‘’Look, I know you have a shitty past which you aren’t proud of and that has made you believe you’re a very shitty person who doesn’t deserve any dime of happiness but you’re wrong, dude. I know who you really are. If you were this way from the start, I wouldn’t even be friends with you. You need to forgive yourself and let go of every form of anger and pain you are feeling.” Oliver said, looking at his best friend intently.?

Adam was quiet and from the look on his face, he seemed to be thinking deeply about all that Oliver just said.?

“How’s Jessica and Evan?” Adam said after a while.?

Oliver gave his best buddy the ‘are you for real look’

“I’ll take my leave,” Oliver mumbled, getting up from where he was seated. He was about to walk away when he remembered something.

“Our wedding anniversary is in two weeks and we are having a small celebration with close friends and relatives. You better be there!” Oliver said, leaving no room for arguments.?

“I hope that is a genuine YES!” Oliver glared at him.

“I’ll be there. I’m glad you told me earlier. I’ll make sure my schedule is cleared.”

“You’re still meeting up with Sandra. Aren’t you?”

“I would rather spend the night with her than go home to Tessie.” He answered immediately.

As if on cue, the duo were distracted by a knock that came through on the glass-walled door. Looking over to see who it was since it was way past office hours, it turned out to be a strange face for Oliver but from the appearance, Oliver could guess who it was.