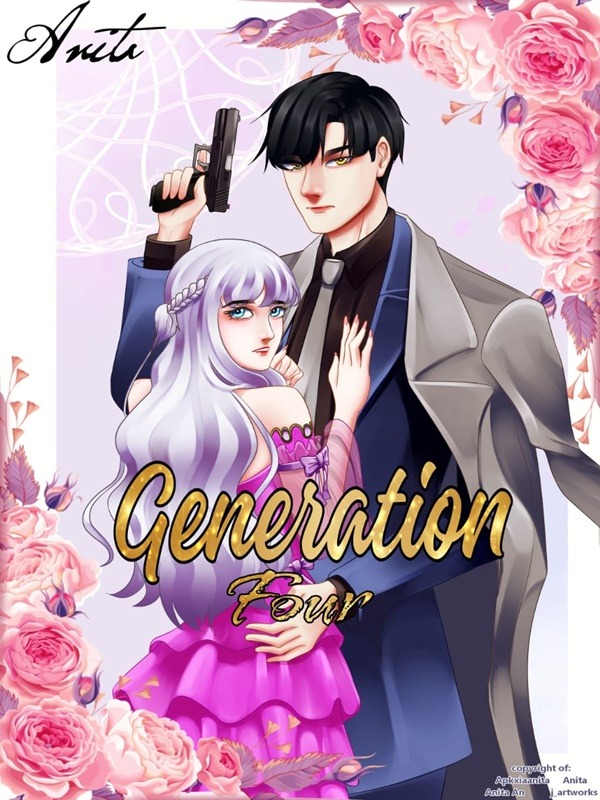 A twin planet inhabited by Generation Earth has occurred in such a great mess that the planet was destroyed and uninhabitable. One of the survivors was a girl named Anita. This is a story about him and keeping the mystery and starting a new life journey on earth that brings him to Generation Kira and Generation Tochi who survived. An old friend has risen and is trying to get revenge. Keep on walking in search of a cure and free a beloved friend. Meet the Generation that disappeared and has become a mystery. As I said, Police Generation is led by a woman. Today is the end of that friendship, that love….ends on a wide expanse of grass. The betrayal killed me, just like Ren and me. His soul is united between Generation Kira and Generation Tochi. Separate me from Ren, your son's uncle. Bad uncle slandered my family and killed them. Rule the earth for, destroy, mercilessly and create power at the expense of everything. Separate Ren and kill his lover. He doesn't deserve it. Fool your son, just destroy me. Because I saw and witnessed the death of their uncle. Uncle, I will never let everything be controlled. I'm a Generation Tochi protector. I almost cried hearing that scream. I almost gave up. My feelings were dragged, hurt, and torn apart by that past. Generation….oh Generation….I want to go back there. I'm not a hump who misses the moon. I'm just a girl who has to struggle between betrayal and sacrifice.

Chapter 1 The Rise Of Generation Destroyer 1

Kourta Generation Tochi's defensive base. The great defense commander ordered Yukatzu, Kanzuka, and Kazame to complete the task of hunting down the Generation Destroyer. So the captains left for a city called Generation City Malvado. They had been told where their real target was, the University of Malvado.

many generations born on the Generation planet, but previously, the ages were given a level in each Generation. After that level, there was the mutual killing of each other's own Generation. This was caused by the desire to dominate and lead the Generation.

In this Generation war, many Generation Tochi, Kira, and different levels of Generation died in the war. The Generation government was killed during the war. So that day, only a woman from Generation. Tochi tier four from another generation decided to leave the current generation planet. Previously also, when the planet generation was in good condition.

Akira, a child from Generation Destroyer, was on Earth when he was 21 years old. He already knew what would happen in the days to come. Therefore he and his family plan to leave Generation without anyone knowing. Unfortunately, his father and mother were caught by Generation Kira troops. The only survivor of the incident was himself, Akira. His father and mother died at the hands of Generation Kira. He went alone to Earth to survive and, in his mind, would avenge all the actions of Generation Kira. Yukatzu, Kanzuka, and Kazame disguise themselves as one student at Malvado University. They are three men who like to mingle in their surroundings.

"Kanzuka, where do you think we should ask about the Generation class?" Yukatzu asked.

They walked to the Generation class. When they got there, they sat waiting for someone to come that day. Generation's classroom was quiet and desolate. When a woman saw the three of them, the woman quickly ran for joy. Who knew what was wrong with her?

At 08.00, I just arrived at Generation class. I entered the room while looking at the three men. I sat in the front seat of the second row, next to one of the men. Not long after that, another student arrived. By the way, I forgot to introduce what my name is. My name is Anita, just call me An. Yes, I'm only human, but I have a secret that no human should know my secret. As usual, a lecturer gave us a lesson that day. When class is over, all students leave. Suddenly a man asked me.

"Hey, is this really the greatest Generation class?" asked Kanzuka.

"Oh, um. I think you guys are wrong, this is Generation class. It's normal for say too much, and be careful because strange things often happen here," I replied.

"Uh, you see the girls out there?" I said. The three of them looked outside.

"And that's them, often girls go after Generation boys like you guys now understand!" I replied leaving them.

"Did you know she was the first woman I met like that?" said Yukatzu.

"Oh, friend. Let's look before the monsters eat you in the Generation class!" Kazame said, leaving the classroom, and they followed.

Akira, the Generation Destroyer who has never aged since living on this Earth. He also attended the University of Malvado. This he did to kill the descendants and the Generation Kira who survived and went to Earth. This

has become a fugitive for the police because Akira committed murder. Akira himself realized that as a result of his actions, he had become a fugitive, therefore in order not to be known, he committed the murder of Generation Kira by eliminating his tracks and giving a mystery sign to the police. Akira casually walked out of the classroom. He had time to meet with Yukatzu, Kazame, and Kanzuka. Unfortunately, they did not cross paths and did not know each other beforehand.

Outside the University of Malvado, I sat not far away, sipping a cup of hot tea. It's cold outside, so many people from the University of Malvado also come for drinks. By accident drink Strangely when I looked at them, I saw a mark on their hands. That's what made me wonder who they really are. I think the man near the glass (Akira) is the 4th Generation Destroyer. I think the man sitting in three with his best friend is a tier 4 Generation Destroyer, the same as him. But it's strange why they don't show or even move the sign that they're Generation Destroyer. When I saw them, I started to think that now there will be many Generations on Earth.

Evening, Akira begins to attack to kill the Generation Kira who made it to Earth. The target this time, he will destroy Generation Kira level 3, Green. That same night he managed to kill 3 Generation Kira, and he was sure there were still 25 Generation Kira left. That night the captain of the Yukatzu came to the scene. He always saw a red circle on his victim. This makes captain Yukatzu curious as to who the culprit is. Incidentally, the house was installed with CCTV, so the perpetrator was easily caught on CCTV, then Captain Yukatzu watched the footage, then ordered his subordinates to look for the clearly recorded culprit.

The next morning, as usual, I went to school. That morning maybe I was unlucky. I fell on the way to the University of Malvado, and a man helped me. We met. He was named Akira. When I looked at his hands, I saw he was a tier four Generation Destroyer. The man smiled sweetly at me when I met him. We took the time to drink together at the Cafe not far from the University of Malvado.

"Where do you go to school? I saw you brought a book?" I asked while ordering.

"Yeah, I'm at the University of Malvado, how about you?" he said.

"Oh yeah I was there too, in Generation class" I replied.

"I ordered the same huh..." Akira said to the waiter.

"Hey, aren't you scared when you see me?" Akira asked me.

With a sweet smile, I replied, "What do I need to be afraid of while you are human?" I answered.

On the other side, a captain Yukatzu spy managed to take a picture of the two of us.

After the Cafe, we both went to campus and separated at the campus gate. I walked towards the classroom while Akira disappeared out of nowhere. Captain Yukatzu's spies lose track of the moment Akira enters Malvado University's gates.