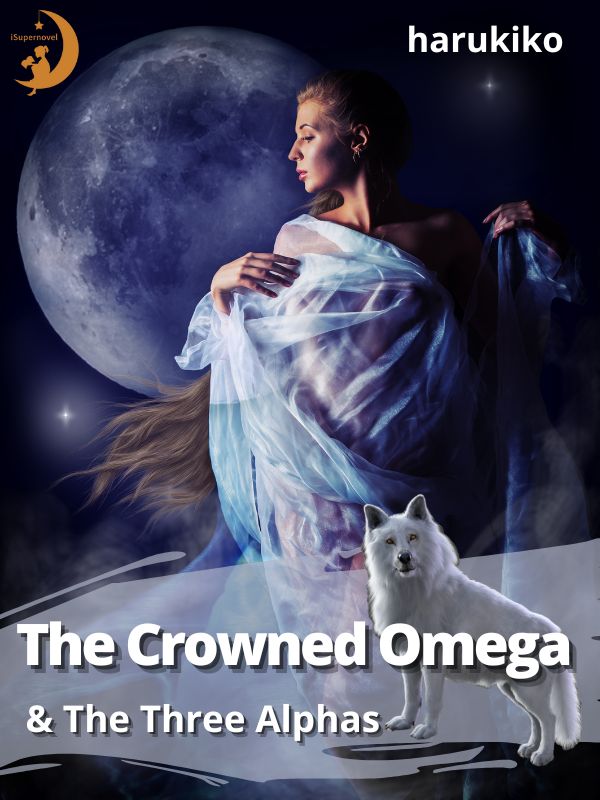 The Crowned Omega & The Three Alphas

Burdened by the expectations of being born into a royal family of powerful alphas, Cordelia Renaldi grew up with the belief that she too was an alpha until everything crumbled apart when it was revealed that she is an omega. But with the sudden death of her father and the declaration that Cordelia will be the next Empress of her Kingdom, her life drastically changed in a blink of an eye. To make things worse, she is forced to marry an alpha to solidify her position as Empress. She is then introduced to three alphas from the three neighbouring kingdoms, all irresistibly gorgeous and all with their own hidden agendas as they ask for Cordelia's hand in marriage. What will happen to the three alphas when they are all dying to be with the crowned omega as she struggles to be the next Empress of the Kingdom?

I remember my first love fondly due to how he had hair as dark as a starless sky. Although I cannot remember his name nor his face, I can always remember his hair whenever I look up at the night sky even after all these years.?

As a child, I was always so weak and sick that I hardly left my room. All I had to keep me company was my lady in waiting, Anne, the royal doctor, my many tutors and towers upon towers of books. Occasionally my mother and brother would visit me but I understood that they had other duties to attend to besides looking after me.?

While my brothers and sisters grew up learning and experiencing many things, I was endlessly stuck in the confines of my room until one day I decided to let my curiosity get the better of me.?

Sneaking out of the room was easier than I initially thought. I would like to believe that it was due to my tiny stature that made it possible for me to avoid the roaming guards’ attention but I should have known that I would get lost almost immediately. The palace grounds were vast with many different sections and different buildings around. I was only familiar with the main building where my family and I resided. Due to my inexperience, I became overwhelmed instantly.?

I would never know what the young me was trying to achieve by leaving my room in the middle of the night but thinking back, I suppose I can consider it as a blessing in disguise because that fateful night was when I got to meet him.?

“What are you doing here?” he asked, the moonlight cascading down upon us in the middle of the royal gardens. I had decided to sit on the grassy ground by the bushes of flowers after getting tired of walking around aimlessly.?

I was startled at first by upon noticing that he was a boy, probably my age, I quickly calmed down. “I-I’m lost.” I replied, my eyes immediately falling upon his dark locks.?

The boy looked around the garden, somewhat concerned. “Where did you come from?”?

I pondered for a moment. “My room?”

The boy was silent for a long time, examining my face and my soiled nightwear until he let out a soft gasp of realisation. “Oh…are you perhaps Princess Cordelia?” he asked hesitantly.?

“Y-Yes…?” I replied with the same hesitation, worried that he would act differently now that he knew who I was.?

“T-That’s because…” my words trailed off, not knowing how to respond to him.?

The boy then reached out his hand to me. “Let’s go, I’ll take you back to your room, Your Highness.” I stared at his hand for a moment, eyeing the dirt that coated his skin as well as the tiny cuts on his open palm. “Oh…it’s dirty, sorry about that.” he said as he was about to withdraw his hand. I quickly reached out and wrapped my fingers around it.?

“Could you take me outside instead?” I asked him eagerly.?

“Outside? Why would you want to go outside?”?

“But Princess, that’s too dangerous. Especially since you are ill…”

“No I’m not!” I quickly told him, the frustration of those words being repeated to me all my life got the better of me that I forgot my etiquette. I cleared my throat and lowered my gaze. “I’m not…that ill today. I took my medicine and I feel fine! Honestly.”

He eventually agreed and that was my first time leaving the palace walls to roam around the beautiful Kingdom I called my home. Although it did not stop with just one time. I soon found myself sneaking out every night just to see him, just to let him lead me around the kingdom as he showed and taught me so many new things that I still remember to this day.?

The scariest moment I shared with him was when royal guards were patrolling around the night market we were at. The boy took my hand and we ran to a nearby alleyway. We squeezed in together, out of breath with our chest pressed against one another. I giggled at our ridiculous situation and he grinned. But then we fell silent when we heard footsteps approaching.?

The boy leaned forward, his face next to mine. “Try to stay quiet, princess.” he whispered.?

I nodded as I brought my hands to my mouth, hoping that by covering them I could? conceal my heavy panting. I expected the boy to pull away once he was done warning me, but he inched closer until I could feel his nose pressed against the side of my neck. I moved slightly, feeling anxious that I could not see his face.?

“You smell…sweet.” he finally uttered and I felt my body tense up while my cheeks flared.?

Once the footsteps faded away, the boy was quick to pull away and rush out of the alleyway. After a moment of trying to rid the heat from my reddened cheeks, I followed him out. He was waiting for me and when I approached him all he did was hold out his hand for me.?

“Let’s go,” he muttered softly that I nearly did not hear him due to the loud hustle bustle of the night market.?

I wanted to question him about what he meant earlier but somehow I was too afraid to even mention it and by the way he seemed to be dismissive over the incident, made me hold my tongue. As I reached out to hold his hand and as we continued our walk through the night market, I constantly had to push aside the strange annoying feeling and thought that occupied my mind.?

I could not possibly smell sweet because I am an alpha. Alphas do not smell sweet. That was what I was told when I was growing up after all. I told myself repeatedly until I had convinced myself otherwise and brushed off his strange comment.?

After that day, the boy disappeared from my life. No matter how many times I waited for him in the gardens, he never showed up. The reality that I would never see him ever again filled me with so much sorrow that I cried until I became incredibly sick and had to be bed ridden. That was when I learnt that having a known medical condition paired with heartbreak was not a good combination at all. I had lost my first friend.?

It was only years later did I find out that he was the child of one of the gardeners who worked at the palace and they had to leave due to family issues. But now that I am older, I often think about the boy. How is he? Is he well? Is he happy? And at nights when I cannot sleep, I find myself gazing upon the darkened skies with the thoughts of him in my mind, remembering all the adventures we had around the town—and that is enough to calm my mind and my heart.