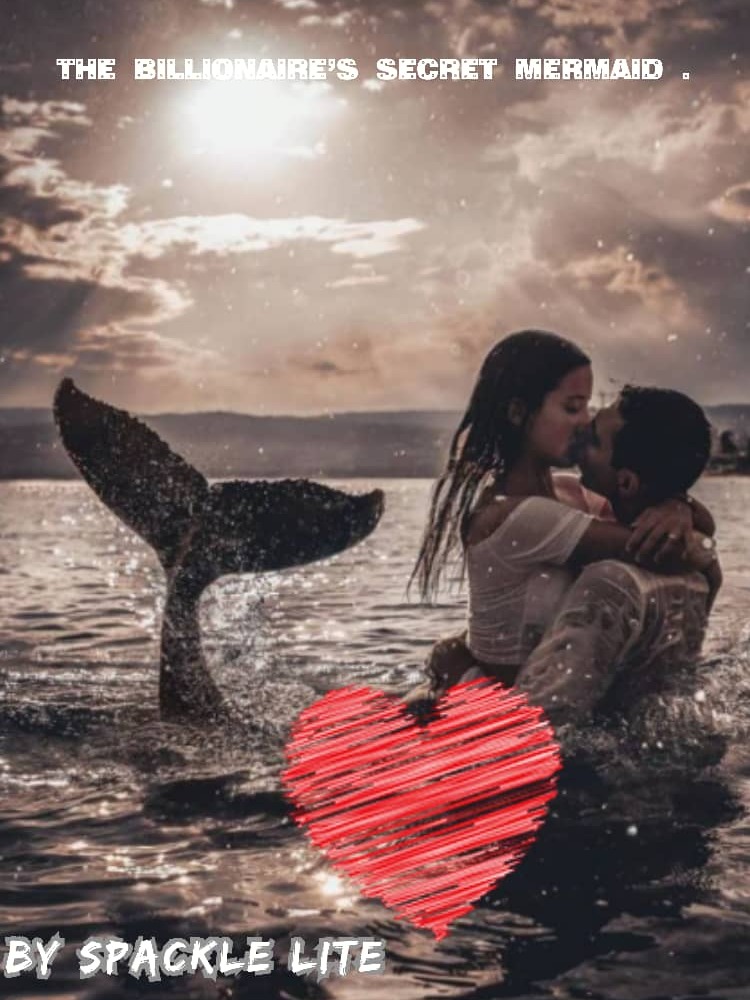 Lisa is a nineteen-year-old mermaid that doesn't know who or what she was from the beginning of her life, after her mother, Emilia resurfaces in the land after the war that occurred in the aquatic ocean, Fortunately, Emily was present to see the appearance of both Emilia and Lisa, she couldnt do anything to help emilia but she saved Lisa and ran away, disguising her like a human being with the fish changing necklace used in the ancient days by the first set of the exiting mermaid also known as the ABYSS, Lisa didn't realize how powerful she was nor does she know the threat her due to the power she held, a lot of people are after her for their own selfish benefit, Even Benson Chapman, Michelle and Emily's biological father, she soon realizes what she was but found it hard to take it in since her foster mom Emily Chapman didn't tell her, her real truth, Emily kept the truth from Lisa so she wouldn't misuse herself so as not to get her self into the wrong hands. Mr park a wealthy billionaire journey tangled up with Lisa, and gradually falls in love with her but he wouldn't let himself accept that simple fact because he actually knew what he got into along with his mom, Bridget sue, Mr park's biological mother who works with the corrupt government officials alongside Benson Chapman, as soon as mr park found out what Lisa really is, he traded her off to the government officials for more wealth to what he already had, he soon realized his mistake when he found out what they are actually going to do with people like her, he was now left with no other option but to rescue her from the wrong hands, aden found his way and saved the mermaid and sadly she had to return to the water along with her biological mermaid mother and promised to come back for him.

The water the gulf was of a deep blue tone, which under the rays of the sun sent out blue-green reflections that were sprays of light.
The gulf was populated by a large number of people, families, friends, and Lovers having a good time in the water. Even Emily couldn't resist the temptation of the cool and cozy breeze in the gulf, she had always believed in the existence of mermaids ever since her dad, Benson C. Chapman, had her listen to the tales of mermaids he always tells her every night by the side of her fluffy bed.
She knew the news she heard about the existence of mermaids wasn't a rumor, so she jotted it down in her bucket list that she must meet a real mermaid someday before she dies.
Standing on the pale cream sand on the beach far away from the water, she wore tinted black sunglasses, in a black lacy bikini, her blonde hair swinging side to side by the cozy breeze that dominate the beach.
Her real mission in the gulf was to catch even the smallest glimpse of a real-life mermaid. She kept parading the area like it was her job. Emily Chapman was in her late twenties, she was married to a hunter but got divorced after she caught him cheating, she left the house along with luggages.

"This is pointless, I've been waiting all morning and I haven't seen just the tail of even one fish" Emily soliloquy, heaving a sigh of disappointment. A seagull squeaked down on the still expanse of water, to soon after get up again in flight. Emily caught the glimpse of the seagull, and she felt a little bit of hope in seeing a mermaid in the gulf.

Shortly the mirror of the blue water began to stir rippling with increasingly thick waves. The citizens couldn't help but notice the waves, so they were in a panic state of mind as the waves became larger and larger by the second. The lifeguard evacuate the people out of the area, one of the lifeguards ran towards Emily and said "Ma'am ain't you gonna leave" He said catching his breath from the run she had. Still staring at the wave Emily replied to him
"Um, I'll be right behind you".
" Okay...".Everybody this way"He yelled on his way out.
After ten minutes the area was empty, only Emily took shelter in a bamboo wooden shop.

She came out of the shelter, her legs compressing and filling up with sand as she walked towards the water, to get a clearer view of the situation. The rays of the sun shone on her glass as she stared at the wavy water.
When appeared on the waves, a foam that looked like snow, the golden tail of a fish emerged from the expanse of the blue water.
"Shit!" Emily said, pulling her sunglasses off.
The water stirred as in a tidal wave and here that the head, the shoulders, and the arms appeared of a woman with a bruised face.
Every move the thick wave made brought the woman closer to the shore. Emily squinted her eyes from the shining sun that preyed on her, trying to see the woman clearly. The wave swept the woman to the shore, fifty feet away from Emily.

Emily ran with the speed of light as she sighted the human fish figure from where she stood. Her feet creaked on the sand towards the figure she sighted. She gasp in shock as she realized it was indeed a mermaid, it appeared to be a mane of golden hair that was shimmering golden scales on both sides of her neck length. Her skin was a steely grey, not as shiny as the scale. She had the most beautiful pointed nose and her lips were surprisingly rose-like pink instead of pinkish grey. Her hands were webbed, she had a powerful tail, her tail was shimmering like nothing you have ever seen before the way the light hit it was like magic, the color was so vibrant that you could see it a mile away, you could never lose her in a crowd. And the scales, they were laid there so perfectly that you would think a goddess had placed them upon the mussels.
Her breast was covered in clay beige with a khaki undertone clam shells instead of normal female bras. There were bruises all over her body and also her tail, she lay tiredly with the left side of her body backing Emily. The sight of the mermaid left Emily's jaw hanging in the air as her shadow crawled over the mermaid's body.
"Oh my Goodness, this is so real" Emily squeaked in joy. She went down on her knees, slowly reaching out to the mermaid laying unconsciously on the sand. Before she could touch her, she turned her face towards Emily's direction and Emily flinched, her heart pounding so fast, she could almost feel it coming off. Her dad also told her not every mermaid is a Disney Princess, some of them are bad and evil so that explained why she freaked out.
"Save...her " The mermaid uttered spacing the words.
"Um, are you okay" Emily uttered with concern. The mermaid's eyes closed shut, and Emily's eyes fell on the little mermaid that the mermaid had, she had brown eyes and brown curly hair, and her tail was almost like her mother's own the only difference was that hers is brown. Emily tried to revive the mermaid when she notice she wasn't moving, after so many attempts she gave up, picked the little mermaid that seems to be unconscious, and runs away from the vicinity.

As soon as she got home she soaked the baby mermaid in the pool expecting that she would wake up, she pace around waiting for the positive result of her action. Emily got a call from her sister Michelle saying she should put on the television and watch the news, Emily immediately rushed inside and turned on the tv, and her jaw dropped as soon as she saw the headline, THE CURSED BEACH FOR THE EVIL MERMAID. It was the mermaid she left at the gulf that was been shown on the news. Emily headed back to the pool only to find the baby mermaid swimming all around the water, she was pretty fast, swinging her blue tail up and down to create a momentum movement, and her tiny little hands were by her sides as she moved like a fish, Emily was really proud and a chuckled turned into happy tears watching the little mermaid swim. Sitting on the bench and watching the mermaid, she heard a banging sound, it sounded more like someone just arrived, she rushed into the water, picked up the mermaid, and wrapped her inside the towel she was holding.

"Emily! A thick voice uttered which made an echo inside the house, it was her father Benson Chapman, he had just arrived from work, he worked with the corrupt government that was looking for human fish for experimental purposes and if he sees the little mermaid he won't even think twice before taking her there.

" Emily!! As the same voice drew closer to the pool Emily's heart raised until she thought of an idea, she returned the mermaid back to the water and left with the towel.
"Emily where are you, oh there you are, I've got good news, we saw a mermaid on the beach today," Benson said clearly he was excited, he had a very big smile on his face, not because he saw a mermaid but he was getting paid higher than he normally had.
"Oh that's great'' Emily replied, faking a smile on her face, but all that was on her head was the mermaid in the water, she knew her father could do anything for money, he would definitely do something selfish for money that's for sure.
" you don't sound like you trust me to wait I will sure an evidence" He reached out to the pocket at the back of his butt, and pulled out something that made Emily's jaw fall, it was a necklace that had a circle pendant in the middle, it had a diamond-shaped red crystal in the middle of the pendant, beauty was an understatement, it was magnificent.

"This is a fish-changing necklace, it can change any type of fish into a human in a twinkle of an eye'' He explained hanging the necklace up in the air.
" Where did you find it," She said her wide eye glued on the necklace like hypnosis. She reached out to it but Benson yank it away before she could reach it. "Oh no no no, it's not for playing," He said directing his movement to his secret cabinet, in the alley. As soon as Emily noticed he was gone, she rushed to the pool to retrieve the mermaid and hid in her room