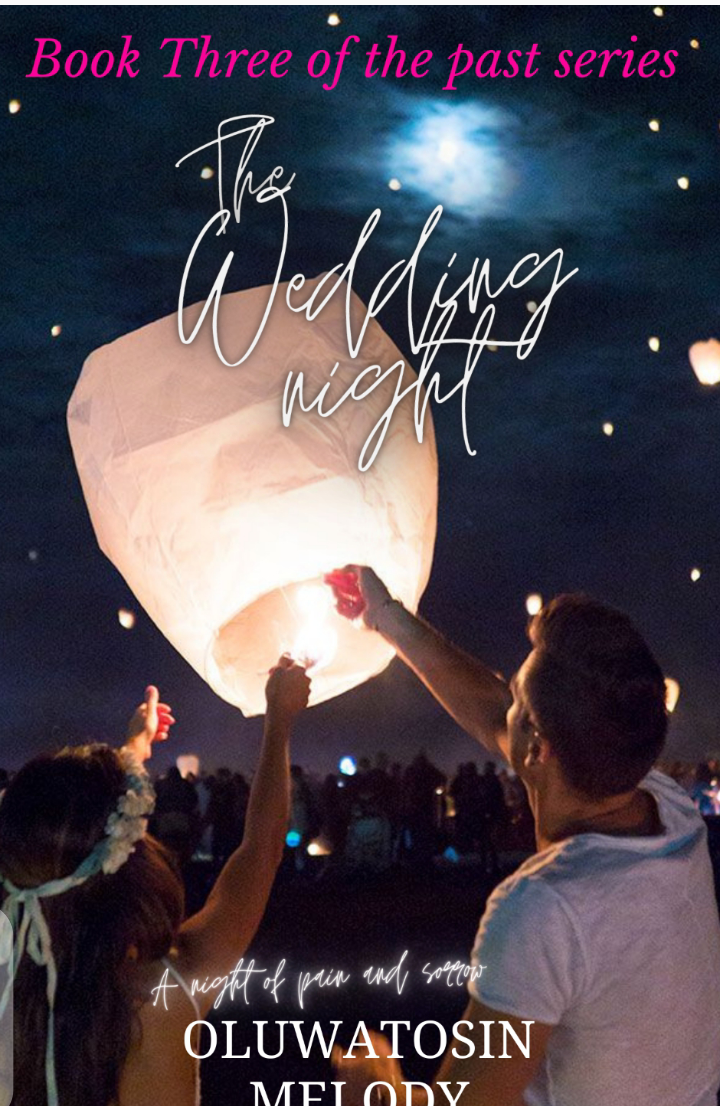 Book 3 of the past series A wedding night that was supposed to be memorable for a couple turned to a sorrowful night. Melody and franklin were happy to be married and on the night of their wedding, a terrible event occurs which leads to their separation. Now, five years later they met again and this time franklin is now Giovanni, a ruthless billionaire who doesn't give a damn about other people's feelings. The shocking fact is that Giovanni has no memory of what happened five years ago and the first time they met, Giovanni couldn't recognize melody. What happened on the wedding night that's lead to their separation? What happened in the past? How come Giovanni didn't recognize melody? Find out in this story.

"I love you franklin Aderemi, "I whispered to my newly wedded husband as we entered into our new home.

"I love you too melody Aderemi, "he replied and pulled me closer for a kiss.

After the kiss, I pondered on whether to break the news of my pregnancy to him. How was he going to take the news? I didn't want to spoil our wedding night with the news even though, it was great news. I knew franklin was going to be happy when he heard the news but, I decided to tell him in the morning. I wanted my wedding night to be special like I had always dreamed of and I knew tonight was going to be great.

"Hey, babe... Would you like to join me for a shower?" franklin winked and offered his hand for me to take.

"No... Go in and I'll join you later, "I replied to him. He nodded in agreement and walked into the bathroom.

I lay on the bed and smiled at my happiness. I was married to the best man in the world. We Were finally together and we we're both going to be together forever. A knock sounded on the door and I wondered who was knocking at that time of the night. "no one is in the house " I thought.

I walked to the door and opened the door for whosoever was at the door and it was the greatest mistake of life. Two masked men entered the room with guns in their hands. One had a red mask on while the other had a black mask on.

"Oh my God!!"I said as they walked into the room. "Franklin!!!! "I shouted for my husband to come to my aid.

The red masked man shushed me and pointed a gun at my head.

"Shut your mouth or I'll blow your head off, "he threatened. The other man wearing a black mask kicked the bathroom door and pushed my husband out of the bathroom.

"Melody, "he shouted my name as he saw a gun pointed at my head.

"Who are you, people? What the hell are you doing with my wife? Let's her go now!!." franklin shouted and struggled to reach out to me but he was pulled away and hit on the head with a gun.

I covered my mouth with my hand to suppress the scream that was trying to escape my lips. "Please, don't hurt my husband. What do you guys want?"I shouted... I didn't know who the men were because I knew franklin wasn't on anyone's hit list. "Who could these men be?" I thought.

"Who send you guys to kill me? Who sent you?" franklin asked and shouted at them. The red masked man holding him down gave no reply but raised his gun to franklin's face.

"Please.... Don't kill my husband... Please"I begged but it was as if my begging was in vain. The gunshot rang twice and my heartbeat twice. Franklin dropped to the ground with a thump and whispered my name.

"Franklin!!!"I shouted and rushed to him but I was pulled back by the red masked man. "Let's go! Let me go!!. Franklin, Franklin."

The masked man signaled to his second and they pulled me out of the room. I was pulled outside the house with force because I was struggling hard to get out of his grip. The masked man raised his hand and gave me a slap that resounded in my head. I stopped shouting for a while and then I continued again.

"Silence her wale, "the masked man said to the one holding me down.

The masked man holding me down bought out a handkerchief and placed it on my nose. whatever was on the handkerchief seemed to stop me from shouting but, before I lose consciousness, I saw the house on fire and then I blacked out.

The next time I woke up was inside a moving vehicle. I had no idea where I was or who I was with? The bright morning sun shone on my face and I found it hard to open my eyes when I finally did, I looked around me and saw girls my age tied together.

My head was pounding hard like I was hit with something hard. I could hear the whispering of some men in the driver's seat. They were whispering in an unknown language and when I tried to catch a glimpse of them, I was pulled back by a lady.

"Tieni la testa bassa altrimenti ti sparano (keep your head down else they shoot you.)"

I gave her a confused look cause I had no idea what she was saying. I'm a meciandian and the only language I knew was English and my local language.

"Can you speak English?"I asked and she nodded.

"Yeah. Keep your head down else they shoot you, "she informed.

"Italy. "Another woman replied and I blink my eye to see if I was dreaming or not.

"Two days." the Italian lady replied to me.

Two days. I've been unconscious for two days. I thought about franklin and how he has shot two nights ago. That night was supposed to be our wedding night. A night that was supposed to be memorable. They killed franklin and let him burn inside the house... I held my heart to stop the burning ache that was starting to tear me apart. Franklin was gone and I was never going to see him and now I'm in Italy. I stared at my wedding ring which had franklin's initials engraved on it and cried silently as I thought about him. Who could have done this to us? Who was behind our predicament?

"You were bought here in your wedding dress. I'm Lorraine but you can call me Lorena."The Italian lady introduced herself.

"Pregnant. "Lorena interrupted. All the women in the room all shake their heads at me and I wondered why.

"How do you know?"I asked as I stare at all the women in the room.

"You were tested before you were bought here. They never make a mistake of bringing a pregnant woman but your case is different."Lorena replied.

"Look lady, everyone here has a story and yours isn't special, "one of the women said glaring at me.

"That's enough Ruth. she is new to all of this."Lorena scolded Ruth and turned to face me. She grabbed my hand and place it in hers. "Look, wherever they take us to I will always be by your side. Everything is going to be fine" she assured.

I nodded and wiped the face of the tears and smiled at her. "Thank you, Lorena. I'm melody. "I introduced myself and smiled again at her.

When the vehicle stopped, Lorena and I were sold off to some brothel house in Italy that belongs to a woman named madam samosa. Thanks to my pregnancy, I wasn't used for prostitution instead I was used as a madam samosa servant. Lorena wasn't lucky as she was used by different men every night. I wanted to die because I had no one to run to, I was an orphan and franklin was my only family and he was gone forever.

Lorena and My unborn baby kept me moving on and enduring all the pains, insults, and emotional trauma I went through at the hands of madam samosa who run the brothel. Sometimes, I was beaten and abused by madam samosa because I couldn't get anything right and each time, Lorena was always around to help me

Eight months after, my baby girl was born and it was the happiest day of my life. Lorena and I named her Hope cause she was my hope when I thought I had lost everything.

For five years, I was in Italy and I was soon accustomed to their cultures and languages. I had to go through pains and suffering to make sure my daughter and I had a roof over our head; If only franklin was alive then we wouldn't be in this situation.

Then, it all started one night after so many years of being a madam samosa servant. She wanted me to be more, to be a whore but that wasn't the life I wanted for myself and I knew I had to break free.

Lorena and I planned our escape from the brothel by stealing a lot of money from madam samosa. we ran away and boarded a plane ticket to mecianda.

On March 21st, 2020, exactly five years since I was trafficked to Italy, I came back to my country mecianda, with Lorena and my daughter to start a new life. I hope my come back was going to yield something positive.