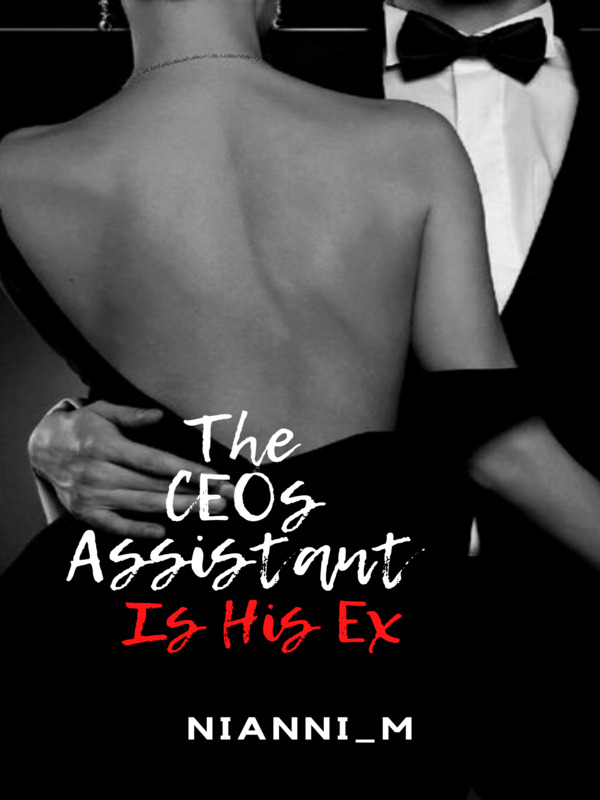 The CEO's Assistant Is His Ex

And where the hell is the supposed assistant?" He angrily asked. I'm here."" A soft voice answered shyly. There was something about the voice that was oddly familiar. He was ready to fire the person until he turned around to find no one other than Shayan West, a woman he heavily despised. Her heart was pounding in her chest loudly as she stared at him, it was him, standing in front of her after five years. Everything was going great for Shayan until her new boss arrived. What happens when her new boss turns out to be no one other than Kel Adrios, the man who caused so much drama in her life. Would she continue working or quit? Will they overcome their misunderstanding and start a new or loose their love to revenge? After all it takes two to tango and the more you hate, the more you fall in love. Read to find out. You will experience a surge of emotions and your heart strings will be played like a guitar chord."

Kelvin Adrios is a billionaire known for his arrogant and rude attitude. The only thing that matters to him is his work and family. He only does one night stands and is an ultimate playboy. He doesn't want anything to do with another girl except her and his hatred for her has made him colder than ice. She was the girl who broke him and made him heartless.

Shayan West is a girl striving to survive in the big city. She has a past which she keeps, she was involved in a guy that ruined her life. What happens when they meet now? he's the boss and she's the undeniably attractive personal assistant.

Would they be able to let go of their past and hatred for each other and would he discover the secret she keeps?

It was yet another morning and I had to prepare for work.

I quickly went to prepare, freshening up and wearing a lacy black skirt and a white off the shoulder top and black heels. I tied my black hair in a neat bun and wore a little makeup on my face. When I was done, I carried my bag with my things and locked the door before leaving.

I walked to the closest bus stop. I had missed the first bus and I was already running late. The New York morning traffic jam was usual, especially on Monday mornings. Several cars were passing by and I knew I couldn't wait for the next bus. Taking a taxi became my next option. I hailed a taxi and when I finally got hold of one I was already thirty minutes late.

As soon as the taxi dropped me in front of the building, I quickly hurried in. Everyone I came across seemed to be in a hurry too. Something told me that the new boss is going to be difficult. I entered the elevator which was crowded with employees frantically searching through files or making calls and arrangements. Today was surely going to be a busy one.

The elevator stopped and I came out heading to my post, the open office before the boss. I was a personal assistant to the former boss who died three days ago, Michael Adrios. Hopefully, I get to keep my position, that's if his son wants me to. I was hoping that he'd be bearable like his father.

Nearing my office I saw a guy whose back was faced to me asking a girl passing by for me. "And where the hell is the supposed personal assistant?" the anger and annoyance in his tone were very evident as he shouted causing me to get nervous.

Oh God helps me not to be fired.

"I'm here Sir." I slowly answered in a low voice.

He turned around to look at me and when my eyes met his my heart stopped beating.

Today is Monday and I had to prepare for work. I start working as a CEO in my father's company today. He died three days ago from a deadly disease that runs in the family. I have always hated my dad. I didn't even answer his last name until recently. The first day I met him all I wanted to do was kill him. He had left my mother when he got her pregnant in college. From what I know it was a one night stand and when she told him about me, he told her he didn't want anything to do with us.

My mother was nineteen at the time, while my dad was three years older. He was engaged to his college sweetheart who happened to be an Italian billionaire's daughter.

My father paid my mom off with one million dollars which my mom accepted because of her condition.

She came from a poor background. Her parents were disappointed in her and washed their hands off her. She needed the money to survive and I don't blame her for taking it. Accepting the money, she signed a contract that she was never going to show her face in his life and there wouldn't be any leak about me in the media either. But it seems like when the old man was going to die he wanted to go to heaven because he came one day begging my mother to forgive him. And she did. That's when she got pregnant for the twins.

My mom had never told me anything about him then, and when I knew he was my father I hated him more.

He had left his company for me in his will and now I'm going there to resume duty today.

I got into the office and everywhere I passed people greeted me, they seemed to know who I was. I looked around the office and it was okay. The colour black and brown dominated the office. Since the outside was made of glass, I could see the busy New York streets. There was a black executive chair and two other brown chairs in front of the mahogany desk. There were shelves around and a small chandelier hanging from the ceiling. Aside from that, there was a separate place for a small meeting. There were three black leather love seats, a brown centre table and a single leather chair. The office was really big and the space was well used.

I sat on the executive chair going through some things on the laptop. I've been here for an hour and there's no sign of the personal assistant. So I made a mental notice to fire her as soon as she entered.

I was getting impatient already and went outside my office. I saw one of the employees passing by and decided to ask her about the personal assistant.

"And where the hell is the supposed personal assistant?" I asked angrily.

Does she think she can just come anytime she pleases? I'd have to have a word with all the staff later, I can't stand this tardiness.

"I'm here." a voice answered in a scared tone. But there was something familiar about it.

I was ready to fire this person, then I turned around and it was no one other than Shayan West another person I hate.

She looked different, different in a good way. "My office, now" I ordered harshly going to my office while she followed behind.

I sat on the chair waiting for her to come in. I was angry, angry that she was late. But most of all angry about meeting her.

"Where the hell have you been? You were supposed to be here an hour ago!" I shouted angrily.

"I'm sorry sir, I missed the first bus and there was traffic." She replied, a little bit nervous.

"Well, I don't care about your excuse. I don't stand tardiness and want you to be punctual. The next time you're late you'll get fired." I told her coldly.

She didn't say anything and just nodded. I didn't like that response. "Have I made myself clear?" I harshly demanded.

"I want all the files on Mr Anderson on my table right away."

"Here you go sir" She got the file placing it on my table.

"You may get out of my office now." I dismissed her with a nonchalant wave.

She left the office and I just sighed. Seeing her again was unexpected. I never thought I'd see her again.

Though I typically preferred blondes, Shayan's short dark hair and hazel green eyes alongside her warm complexion were unexpectedly exotic and appealing. She was undeniably attractive now, different from the girl I used to know.