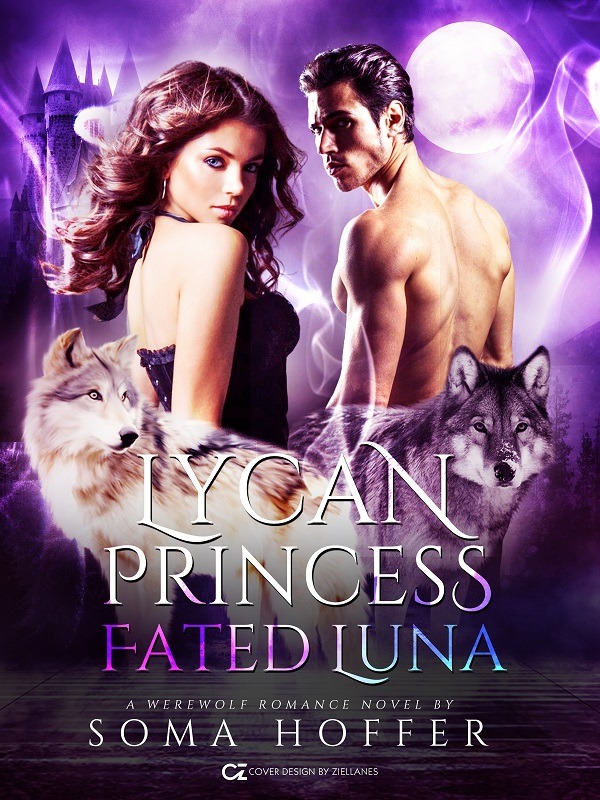 Moving to a city and opening a tea shop was a good idea or Soma thought. But that idea soon turned for the worst when a Detective named Marks a vampire targets her and puts her in the middle of a war between him and Oliver Stone, the Alpha of the Blood Moon pack. Oliver buys tea, and he is hit with Soma’s intoxicating scent exposing her as his mate. Detective Marks finds this out shortly after. Not wanting to scare her, Oliver wants to take it slow and introduce himself, but when Detective Marks burns her store down and almost kills her, Oliver is forced to expose his wolf side to save her. Will she accept him or reject him and run? Soma has to be intense otherwise she will lose her mate and her life, will she be able to stand up for herself when it comes down to it, or will she fail and watch her entire world die in front of her? Of course, Soma is going to be Luna, she is going to be a strong woman for her pack, of course, there are going to be attacks, pregnancy, and destiny coming into play too.

Moving to a new city was never in my plans but staying in the small town where I was raised wasn’t either. Packing up my small jeep I wiped the tears from my cheeks and said goodbye to my family and headed out. Finally, off to find the true meaning of life, and finally open the tea store I talked about as a little girl.

My name is Soma, I am from a rundown town in Colorado heading East, hoping the grass is greener, which is the saying at least. My mother was from New York, and my father jumped around Colorado and never left.

Getting on the highway made my heart skip a few times, this was a sure thing I was making my waves away from the state and making my dream a reality. I didn’t have much, but I knew what I wanted and would make things happen. I had a good head on my shoulder and I had enough money in the bank.

I had a good friend in New York already put a payment down on a building so I had a place for the tea shop; he already set my apartment up, and now the drive and the excitement of setting up. I didn’t know much about the state and how everyone would be, excited yes, scared even more.

Exhausted from the drive, Nick met me at the apartment, he didn’t stay long, he showed me where my apartment was, kissed me on the cheek, and let me carry my bags in and I barely made it to my bed before I crashed for about twelve hours.

Waking up the next morning, I felt refreshed and ready to tackle the next day, I took a shower and unpacked my stuff, and looked around the apartment, it was small but it was all I could afford since New York was pricey and I wasn’t sure how I would do with the tea shop. My parents weren’t rich but they would help me out if things weren’t that good here, but I had faith I would be okay here.

I noticed a package sitting on my dining table.

“Soma, here’s everything for your shop, some new teas I know you’d love -Nick.”

I smiled, Nick was a good friend of mine, he was going to London, and so I knew he would be sending me more tea when he found it. He would help me keep the store stocked with other teas. We go back to grade school, he’s always supported me and my dreams of being the tea lady, he wanted to be this world traveler, I would have gone with him had it not been my dream to be in New York.

Grabbing the box, I was excited to see what the store looked like; I needed to make arrangements for how much product I would need to order. I was scared about the cost of how much it would put me back, but I knew, in the end, it would be worth it. I wondered how many people drank tea in this part of New York. Nick said there were a lot of interesting people around here when he did a walk around and asked people about it. I was hoping he wasn’t just being nice about this whole thing.

Putting the address to the store into the GPS, I had butterflies all over again; I was like a little girl on Christmas morning. I couldn’t wait to see what this place looked like. Driving only took about twenty minutes, the traffic was horrible but I couldn’t ask for less right. The constant honking and the yelling from people made me chuckle a little.

Turning down the final road, the road was quiet, which was nice but sad. I was hoping the place was busy. In front of my shop was empty, which made my stomach drop a little, but it was expected. Getting out of the car, I looked across the street, a coffee shop, a book store, and clothing. So, I had a coffee shop I had to compete with, great but I had a feeling this wasn’t going to be a bad thing. Maybe I would meet some new faces and the owners are cool people and there wouldn’t be anything bad between us, well at least I hoped it was like that.

I let out a sigh, but I couldn’t let that get me down. I had to work a little harder but that gave me a little more motivation. I had to remember what Nick said, a little more sugar just makes the bees come faster. I chuckled at that.

Unlocking the door, it was dark and chilly but I was able to find the lights quickly and was surprised to find there were many boxes unopened against the wall. Holding my breath I wasn’t sure what to expect, I wasn’t sure what Nick did while he was here unpacking my new life in New York, but something gave me a good feeling. I smiled a little too hard.

Walking over to the boxes, I opened a few of them, and they were packed with all types of teas. “What?” I said out loud. “Nick? Seriously.”

Pulling out my phone, I dialed his number.

“Finally,” Nick said chuckling in the phone. “I thought you were going to sleep all day sleeping beauty.” He mused.

“How much did this cost you?” I said opening another box. I was amazed to see how much product he’d bought. There was enough here to stock my entire store, I wasn’t sure how I would repay him this was too much.

“That is for me to know, and for you to sell.” He spoke. “You think I’m going to let you venture into a new city not knowing how you’re going to do alone?” he giggled. “I wanted to give you a welcoming to your new life.” I could feel him rolling his eyes at me. We’ve been friends for a long time, and I should have known he would have done something like this. It was kind of like a sendoff, he would come back at some point.

“But Nick, this is thousands of dollars of product,” I said looking around. “I don’t know I can repay you with this,” I said taking a deep breath.

“A thanks for always being there gift, Soma. If it wasn’t for our friendship, I wouldn’t have survived all the shit they gave me for being me.” Nick said. “Don’t worry you are going to get more and more from me once I plant my happy feet in London. Go and get your store set up, I expect lots of news about your progress coming. Oh, and you better be dating soon. Your virginity better is done before you turn twenty-one.” He giggled. He knew I wasn’t looking for a relationship and I am sure I wouldn’t find one here. Back home I was practically a loner except for him and it sucked for me. I hated not having a boyfriend and experiencing the love that a man should offer.

“No.” I laughed. “I am not going to date, I didn’t in high school, I don’t have plans to do anything like that soon,” I said rolling my eyes. “I love you, Nick, call me when you land.”

“Don’t worry I will,” I said before hanging the phone up.

I knew this was going to be a lot of work, but with Nick using money to buy all these products, it was saving me a lot of money. It was going to stress me out knowing he went out of his way to make my store come alive, I was scared I would fail him. But on the good side, he has faith in my store and me. I knew he was going to be happy to see me succeed. I wondered about the coffee shop across the street if they were busy.

Walking to the window, they were busy, as was the book store, so I had hoped I would have people that would come to my shop. Turning back to the boxes, now I just had to figure out where I wanted everything to go.

Fall was coming, so I have to keep to the season, everything about fall made me happy. I needed to find things that went with it. I would have to shop around for the decorations, and that would be the last thing on the list, it would be great.

I decided to put the fall things towards the front of the store, and the stuff I liked near the back, I knew just because I liked the stuff others might not. The store was a little cute place; I knew I could make it into something great for me and for the people that came in. I smiled at the vision I saw when it would be finished. I had a lot to do, I was going to be exhausted but at the end of the day, I knew it would look great.