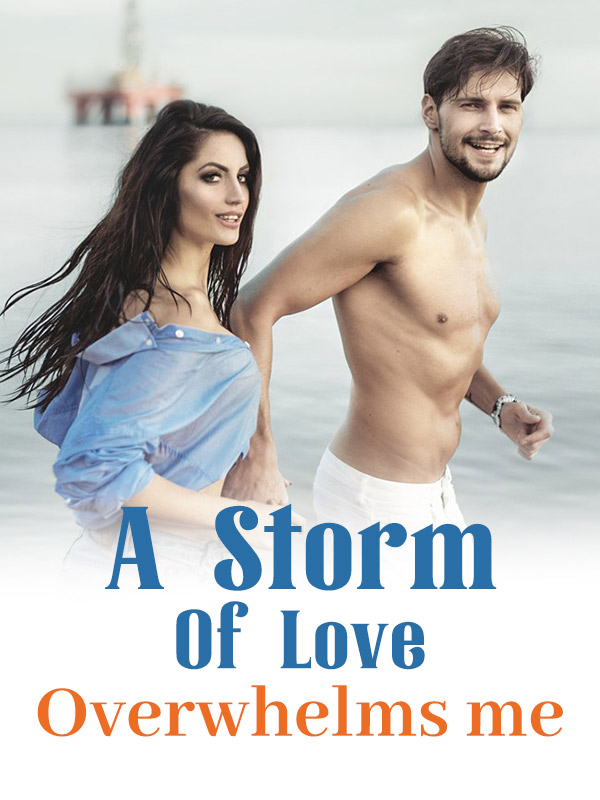 A Storm Of Love Overwhelms me

When they got married, Forrest said Lorri deserved the best. No matter the diamond ring or luxury mansion. What Lorri wanted was something Forrest couldn't give her. Eventually, she got tired and ended this meaningless marrige. "I set you free." Lorri said with tears. She never thought that a new baby is coming and it made Lorri and Forrest tangled together again.

The weather was extremely hot in July.

However, Lorri, who had just come out of the hospital, felt cold all over. She held a wrinkled medical form in her thin and white fingers.

She looked at the sky blankly for a moment, then went to the open-air parking lot and entered the Porsche.

She turned on the air conditioning and a cool breeze rushed to Lorri's face. The words from the doctor still lingered in her ears.

"Miss Williams, I suggest you have an operation as soon as possible. There may be a glimmer of hope."

"I'm sorry, but your pregnancy is no longer viable..."

It was a hot day and she had just turned on the air conditioning but Lorri felt really cold. She took out the car key from her bag and her hands kept trembling. Finally, she inserted the car key into the lock.

As she drove, she took her phone and dialed the familiar number.

After a while, someone answered her call.

"What's the matter?" The man's voice was as cold as ever. Perhaps because she called, Lorri could hear a little impatience in his tone and could not help but feel a lump in her throat.

He hadn't been home for more than 20 days and now he was too impatient to even pick up her calls?

Lorri tried to calm herself down and asked, "Honey, are you coming back for dinner tonight?"

"I'm having dinner with the investors tonight."

In the past half a month, no matter how much she missed him, whether she called or texted him, he always said that he was busy at work. Was he really that busy that he had no time at all for his wife?

She looked at the big and glistening diamond ring on her finger. However, her finger was so slender that she had to glue it to prevent the ring from falling off.

This was what Forrest bought her when they got married. He said that she deserved the best.

"Honey, come back tonight." Today was their third anniversary and she was pregnant. She wanted to tell him these two important things so her tone unintentionally became harsher. "I..."

"Forrest, am I disturbing you?"

Suddenly, a woman's voice came from the other side of the phone. It was low but very gentle. The way she said Forrest's name made Lorri's blood freeze and she almost hit the car in front of her.

Did Forrest change his assistant?

Lorri was in a daze. She only heard Forrest talking a few seconds later. He said lightly, "Eat dinner by yourself, I'll try to go back after I finish my work."

After that, he hung up the phone.

Lorri looked at her phone screen turned dark and drove away slowly. Her face was calm, but she couldn't help weeping.

She knew that Forrest had a mistress out there.

It had been six years since she first had a crush on Forrest until they got married. They had been together for four years and lived a peaceful and happy life together until a month ago when he started leaving early and coming home late.

Lorri did not notice at first. At that time, the company was developing new products and looking for investors, so she was busy too. She only realized she was too stupid when she hung up his suit and saw a strand of perfumed hair on it.

She pretended not to see it. Lying to herself that it was just a business partner of his. However, the lipstick marks on his shirt and the perfume on his suit were all tugging at Lorri's nerves.

They had only been married for three years. Their marriage had just begun, so why did it feel like it was coming to an end?

Lorri returned to the Greenwood Garden in a daze.

This was her and Forrest's home since they got married. It was a villa of more than 300 square meters. Forrest had spent more than a hundred million dollars to buy it, saying that she deserved to live in the best place. They had lived here for three years but since a month ago, Forrest rarely came back.

"Mrs. Hanks, you're back?" Yumi opened the door with a warm smile. "The dinner is ready and the cake is on the way. Mrs. Hanks, are... are you okay?"

"I'm fine." Her stomach was in pain and her face paled. She could hardly stand straight. She smiled at Yumi and said, "I don't have an appetite today. Please cook some chicken noodle soup for me."

She had no appetite, but she still had to eat something. Even if she could not keep her baby, she wanted to delay it as long as she could.

Yumi answered and went to the kitchen.

Lorri hurried to the second floor. As soon as she entered the bathroom, she rushed to the sink to vomit, but nothing came out. She had a coughing fit and there was blood in the sink.