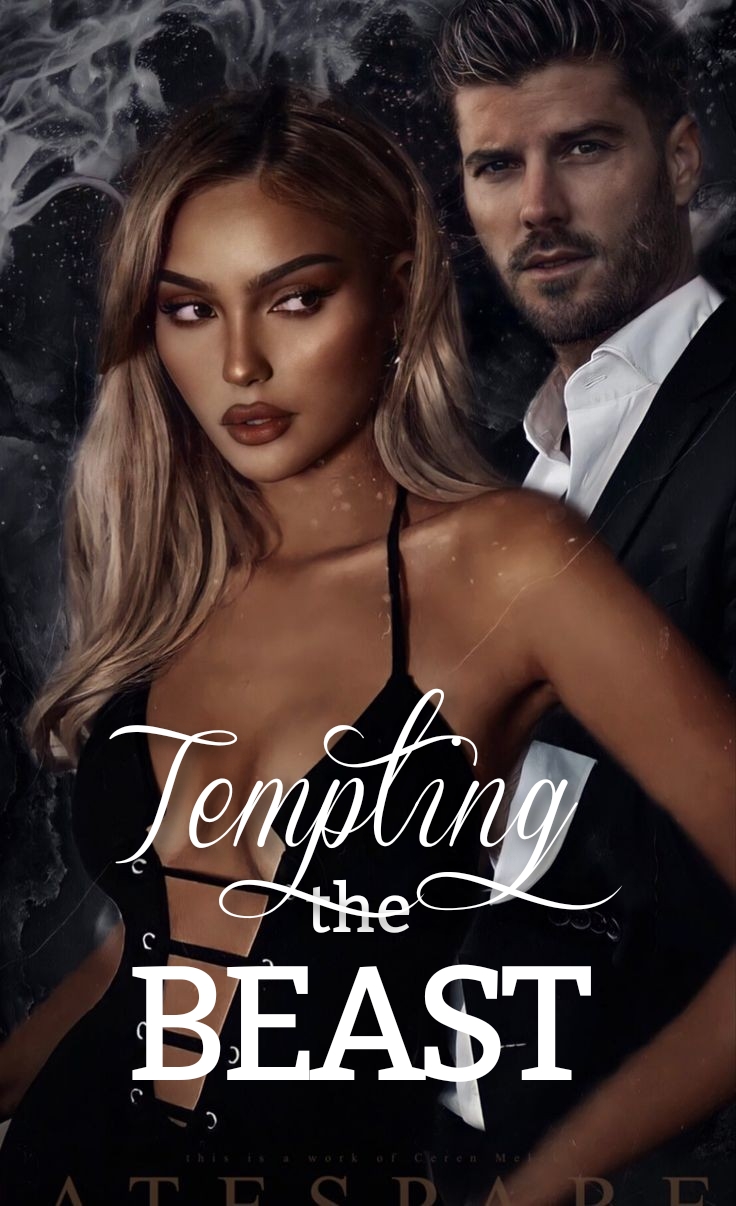 Many women wanted Captain Zyd McCluskey's attention as he is the ice hockey captain on a team in Pittsburgh, Pennsylvania, but he remained committed to his relationship with Kate—the woman he was about to marry. But one night, a beautiful Filipina approached him at the bar and slapped him hard. Not only was he slapped, but he was also kissed in front of his team. Accusing him of deception and toying with her heart. Zyd assumed it was just a dying hard fan attempting to get his attention. But fate was playing on him. Kate, his fiancee, cheated on him in order for him to exact his vengeance. He made the wrong decision. He married the Filipina named Lianne with the intention of hurting his cheating fiancée, but as time passed... He was the one who was envious whenever a man approached his wife, who did nothing but hurt his fucking head down there inside his pants. Fuck! His damn pet was waking up, and he couldn't control himself with just the woman's lips and voice.

Lianne continuously drinking from the wine glass she was holding while watching the man from afar. Shit! She was dying to go near that man and slap it hard.

"Hey, girl! Why are you drinking?" her cousin Sheena asked her annoyingly.

She shook her and continued to gaze at the man that was sitting on the other couch together with its teammates. They were happily drinking together with the girls except him who was alone. The man was drinking alone, holding a bottle of beer while laughing.

“Why are you staring at Zyd Caiden McCluskey? Yes, we all know that he is handsome and very hot. Aside from that, he is a captain of a hockey team, but he is dating someone else. It was all over social media that they are getting married.”

Duh! I know that.

She drinks from the bottle and not on the wine glass anymore. Sheena put her hand on her mouth while looking at her unbelievably. She was not a drinker, after all. She tried it before, just three times and this is the last one. She needs courage, a little courage. She was not doing it to be drunk. Promise!

She stood up immediately from the stool. She didn't mind how the bartender looked at her. She might kick it on the face!

She walked straight while wearing six-inch high heeled shoes. If it wasn't because of the music, she might make noises with every step she makes. The world is indeed small. She didn't expect that she would meet again the man that caused her to cry for two months, yes, two months! Dammit!

Thanks to her aunt who was here in Pittsburgh, Pennsylvania. Her aunt brought her here last month because she knew that she was looking for a good opportunity. While waiting for the call from the company she was applying for, her cousin, Sheena, brought her and toured her because Sheena loves nightlife. Her aunt married a foreigner. Her cousin is a Half-Filipino.

'My god, Lianne!" It stopped her but she just signaled it to be quiet. It immediately follows her and is very afraid of what she is capable of doing.

She was wearing a sexy red bar dress that almost exposed her whole back and the curves of her body. Her small waist was emphasized because of it and it gave her more charm. Her shoes were red, so she gets the attention of every person she walks in. Actually, she didn't like what she was wearing but at that moment, she wanted to thank Sheena for forcing her to wear this kind of dress.

She stopped in front of Zyd's team. Zyd's other companion stopped drinking and stared at her. yes, she knew that she made them amazed. Her black curly hair that extended down to her waist and her smokey makeup plus the outfit, no one can resist to look at her. Her beauty screams tragedy. Her height is only 5'4, but it doesn't matter, she knows that her high-heeled shoes gave much confidence she wants.

"Well, hey, pretty lady. Are you lost?" One if the men stood up quickly to guide her, but her stare stayed at Zyd that is now looking at her too with wonder.

The man stopped drinking half-way and waited for what she would say. She didn't move, she just stood there still staring at Zyd. The next she did made the whole group shout and the people who saw them gasped. This shameless man!

She just pulled the man's shirt then kissed it on the lips when she went near it. After that, she slapped it hard. The force of her slap made the man face the other direction. The crowd became quiet. The alcohol really hit hard, huh!

"The fuck!" it said furiously then looked at her.

"That's for fooling me, Zyd Caiden McCluskey." She gave it again and a full-blown slap on its cheek. Much stronger and painful. Ninety degrees. No one dared to meddle. Just waiting for what she will do next. “And that's for playing my heart, jerk!”

"Shut up!" Her voice was full of finality then faced the man again. Its cheek turned red. "I trust you but all you did was give me pain!" she shouted. The alcohol really hit her hard, it was so much that she couldn't even remember her name. "And here's my phone. I screenshot all our convos to let you know. Fuck you!" She immediately turned her back and left the people who can't process what just happened.

Sheena followed her quickly while the attention of the whole Elite's Bar was with her. Even the music stopped because of what she did. She went out of the bar with an attitude then walked away.

"Lianne, wait!" Sheena caught her outside then dragged her to the parking lot that looked like she was having a big problem. "What was that, Lianne Elhouette Vergara?! My god! Now, we're dead." Sheena drove the car fast when she was already inside.

She smirked, that thick-faced man! She was fuming mad while staring at its face that seemed like it knew nothing. Huh! If that was just standing, she probably kicks it balls because of her anger.

"Do you remember the man I was talking about that I was chatting and having video calls with from abroad? The man that I loved so much even though I just met him on a social dating app? The man that can compare to sugar because of too much sweetness that even me can taste it? That was the fucking man from the bar!" She rolled her eyes then looked at the window.

"Woah, wait!" Sheena suddenly stepped on the break in the middle of the road. Good things, she is wearing her seatbelt. Well, if not, her face was now probably on the dashboard.

"Hey, are you planning to kill me?" she asked Sheena.

It looked at her with amusement. Good thing, no one was following their car. It is midnight already.

"You mean, it's him? The heck, Lianne! Your reason is too low. I thought it could be something more. That's normal here, you fool! Why did you believe it, in the first place? And one more thing, is that really him? Is he really Zyd McCluskey? And if it is really him, you don't have any reason to slap him. My god! It is your fault that you became a fool on some posers in that time. We are dead, woman!" Sheena slapped her forehead and cannot believed what she had done.

She shrugged her shoulders. She didn't regret what she did. She loved the man even they just met on social media. Is there something wrong with that? The heart doesn't choose who it will love and she was annoyed that she let herself fell with its sweet words. It is still its fault, if it is not persistent on her peaceful world, it will taste her slap. She will thank her aunt on why it brought her here in Pennsylvania.

"I don't care! As long as I slapped that asshole and..." Her face suddenly turned red when she remembered that she kissed the man for three seconds.

That kiss was something…

A loud sound of break wakes her up. Sheena cursed and started to drove the car then stopped again because of a car blocking their way. It was literally on their way that looks like it owns the road.

"Why we are so unlucky this day?" Sheena said.

She walked out from the car and angrily went near to the black Koenigsegg CCXR Trevita. She was not stupid to not know that this is one of the expensive cars in the world. She wants to go home and forget this night. And whoever drives this luxurious car that was on their way will taste her wrath.

"Hey! Are you the owner of this highway? Be ashamed. We are going to drive our way home! I am going to kick your car, asshole!" I said while my hands are on both side of my waist.

"Lianne, we are in Pennsylvania, it won't understand you!" Sheena while still sitting at the driver's seat.

She raised her eyebrow. It's good the, it will not understand her. The wind blew harshly, so some strands of her hair flew away then the light from the headlight gives her a beautiful view.

The car's door opened. Her breathing stopped and suddenly she can utter a word when the man she was wishing not to see anymore walked out from the car. Its face was serious, and its eyes were glaring at her, seems like a tragedy is about to happen. She just rolled her eyes, it was not surprising that this man is rich. She almost forgets that thing. The walked and stopped at the hood of his expensive car then sat there while crossing its arms.

"You mistook me for someone, lady." Its face was still dark.

"Mistook your face! Don't fool me, Zyd! Get lost or I'll kick your balls," she warned him and crossed her arms in front of the man.

"Cous, let's go home. Our death will be so soon because of you!" Sheena shouted nervously, still inside the car, not wanting to get out because of fear.

The man smirked. Its face suddenly lit up for a second then back again to a serious one. It went near her. She didn't move, seemed like, she forgot everything. The man in front of her now is 6 feet tall and his body was really big if it was going to compare on hers. She will look like a barbie doll if she stands beside it.

It is really handsome; she can't deny that fact because it was a Canadian. Its newly cut brown hair gives chills to every woman who looks at it. His hazel brown eyes, the thick eyelash, and eyebrow that's giving the man a handsome look. Its thin lip was very red. Its pointed nose that matches its eyebrow. And because of after shave effect, it looks really young at the age of 30. Her heart suddenly went crazy. Shit! Her heart was not cooperating, she went through this, she moved on!

She quickly turned and went back to Sheena. She didn't want her heart to betray her again this time because she knew that she doesn't hold her heart at this moment. They really need to go! She was about to get in the car quickly, but to her surprise, a strong arm pulled her arm, and she didn't know what happened next. A hot kiss welcomed her, and a hand was hugging her tightly on the waist and the other was supporting her head.